SALLISAW, Okla. (KFSM) — Deputies captured two suspects accused of stealing over half a million dollars worth of property from a home in rural Sallisaw. Sheriff... 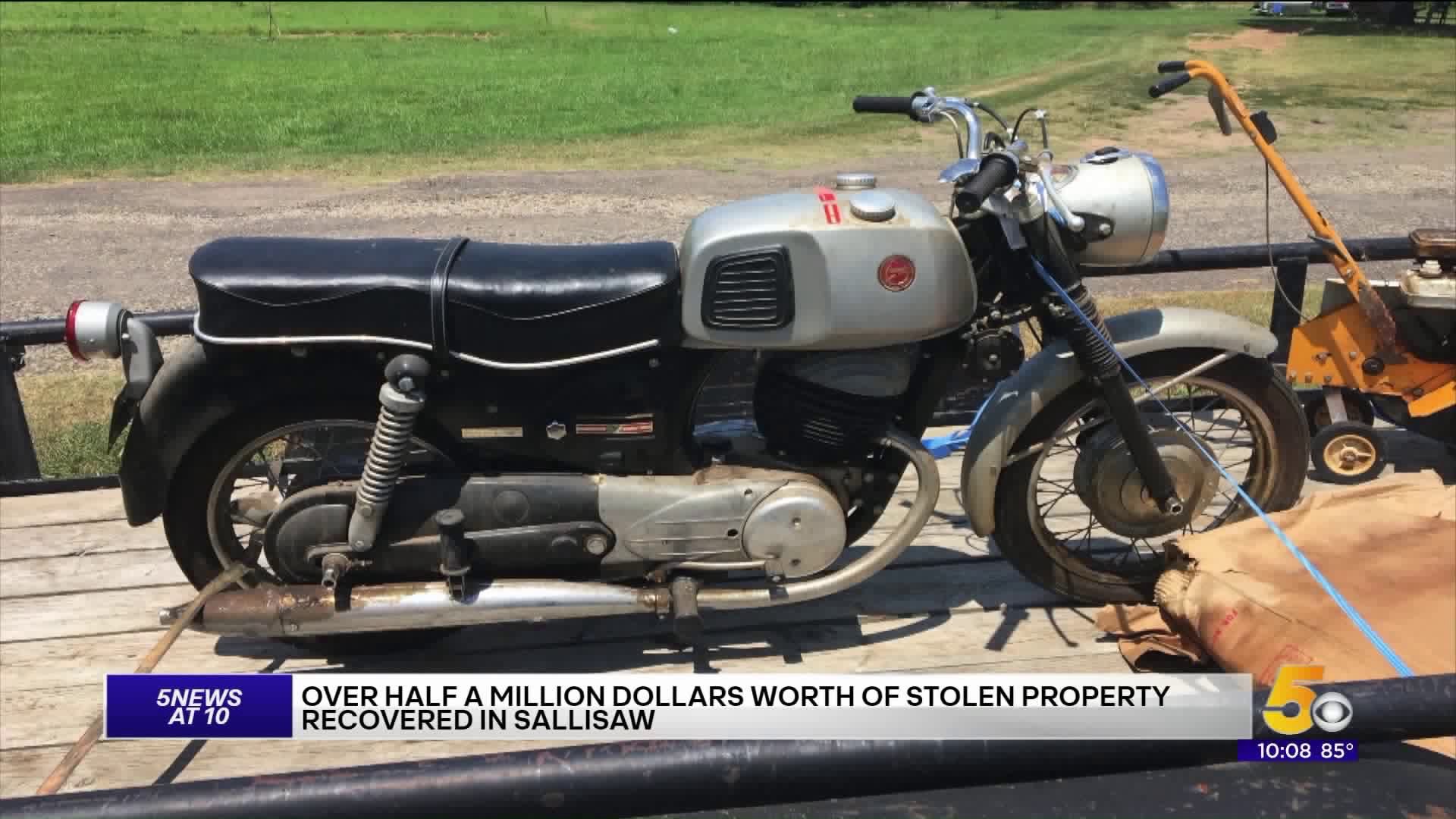 SALLISAW, Okla. (KFSM) — Deputies captured two suspects accused of stealing over half a million dollars worth of property from a home in rural Sallisaw.

Sheriff Larry Lane with Sequoyah County Sheriff's Office says deputies received a call about a suspicious truck pulling a trailer out of a driveway in a rural part of Sallisaw.

After investigating the situation, deputies found out the owners were not home at the time and that outbuildings on the property were burglarized.

The thieves stole mostly antiques and collectibles, along with jewelry, guns, tools, several antique clocks and an antique motorcycle.

“These people stole a huge amount of property, we were very lucky that a good citizen noticed the suspicious truck and got the tag for us, without that information we would have had a very hard time tracking down the suspects and property," Sheriff Lane said. "Most of the property had already been sold to legitimate businesses and people that had no knowledge that the items were stolen, all of these people and businesses cooperated with us and helped us get the items back."

Charged so far in the theft are George Richardson, 42 of Gans and Andrew Blackshere, 24, of Gans. The sheriff's office expects more arrests to made as the investigation continues.