Demolition Begins On The Historic Old City Hospital In Fayetteville

FAYETTEVILLE–(KFSM) Demolition begins on a Fayetteville landmark. The former City Hospital is being torn down to make way for a public library expansion. ... 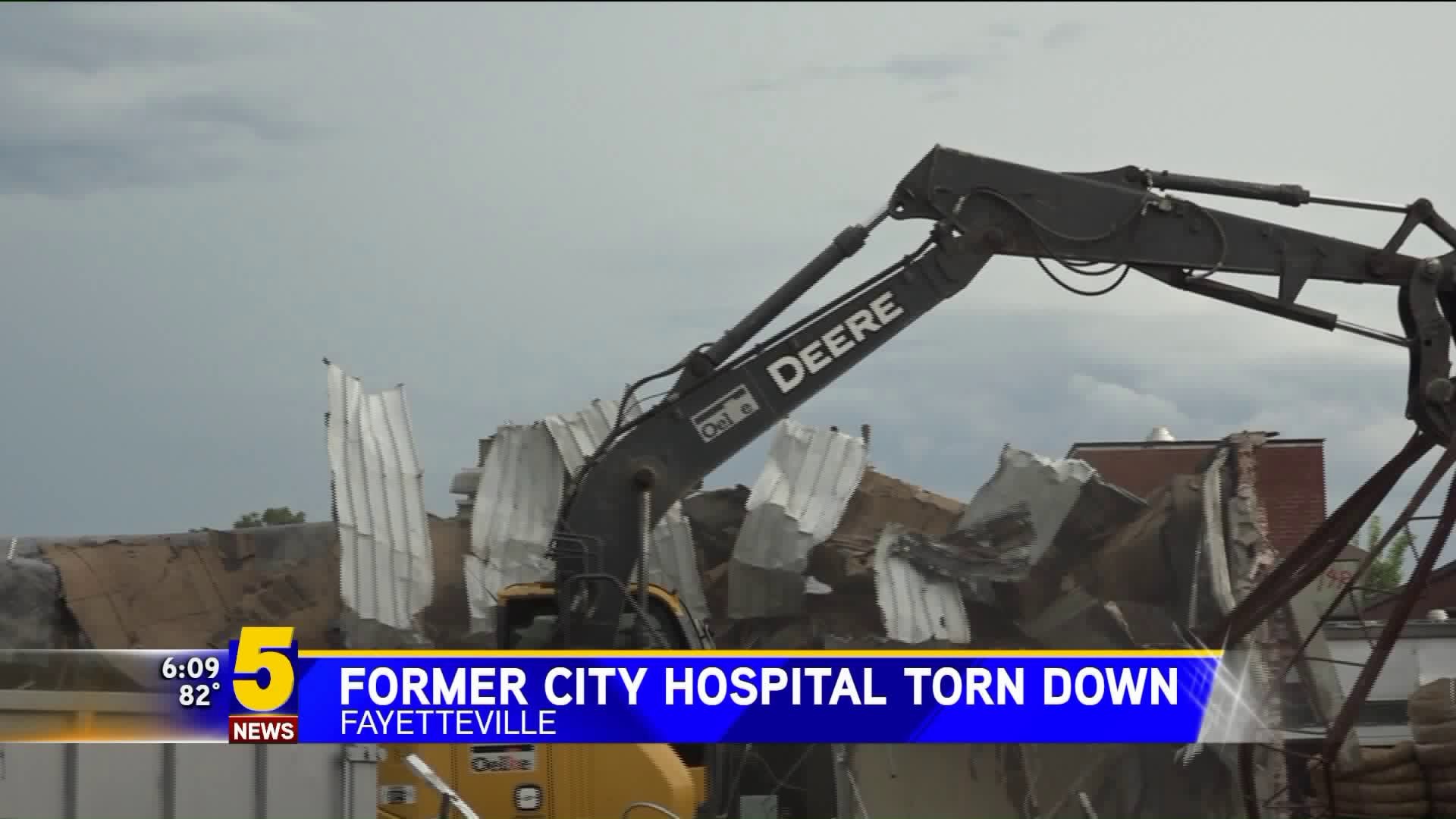 FAYETTEVILLE--(KFSM) Demolition begins on a Fayetteville landmark. The former City Hospital is being torn down to make way for a public library expansion.

‘’We finally got to see the final burial of a facility we all really loved and thought a lot of, but its also sweet to see and exciting to see the expansion come up,'' said Former Administrator of Fayetteville City Hospital, Jane Nemetz.

A 70-thousand square foot expansion to the Fayetteville Public Library, some say is desperately needed.

'’We didn’t build a room large enough for multiple people to attend events, so when we have authors in town, we had Anthony Bourdain here with over 500 people, we didn’t have a room to do that in.’’said Fayetteville Public Library Executive Director, David Johnson.

The plans for the library expansion focus on innovation.

‘’We literally are pushing ourselves to go out and look at not only the technologies that are available today, but we know its going to be about 18 to 24 months before open, so we’re saying what’s going to be available when the doors open,’’ said Johnson.

The former City Hospital served the Fayetteville community for 99 years. It closed in 2011 because of black mold infestation.

‘’The legacy beginning with Fayetteville City Hospital even as a thought in 1909, hasn’t ended, it’s only beginning again, in a new form,'’ said Nemetz.

The new addition to the library should be open in the summer of 2020.

If the hospital is sentimental, you can take a piece of it home. From July 19 through July 21st between the time of 9 a.m. and 3 p.m. you can pick up a commemorative City Hospital brick at the  former City Hospital location. It is first come first served.