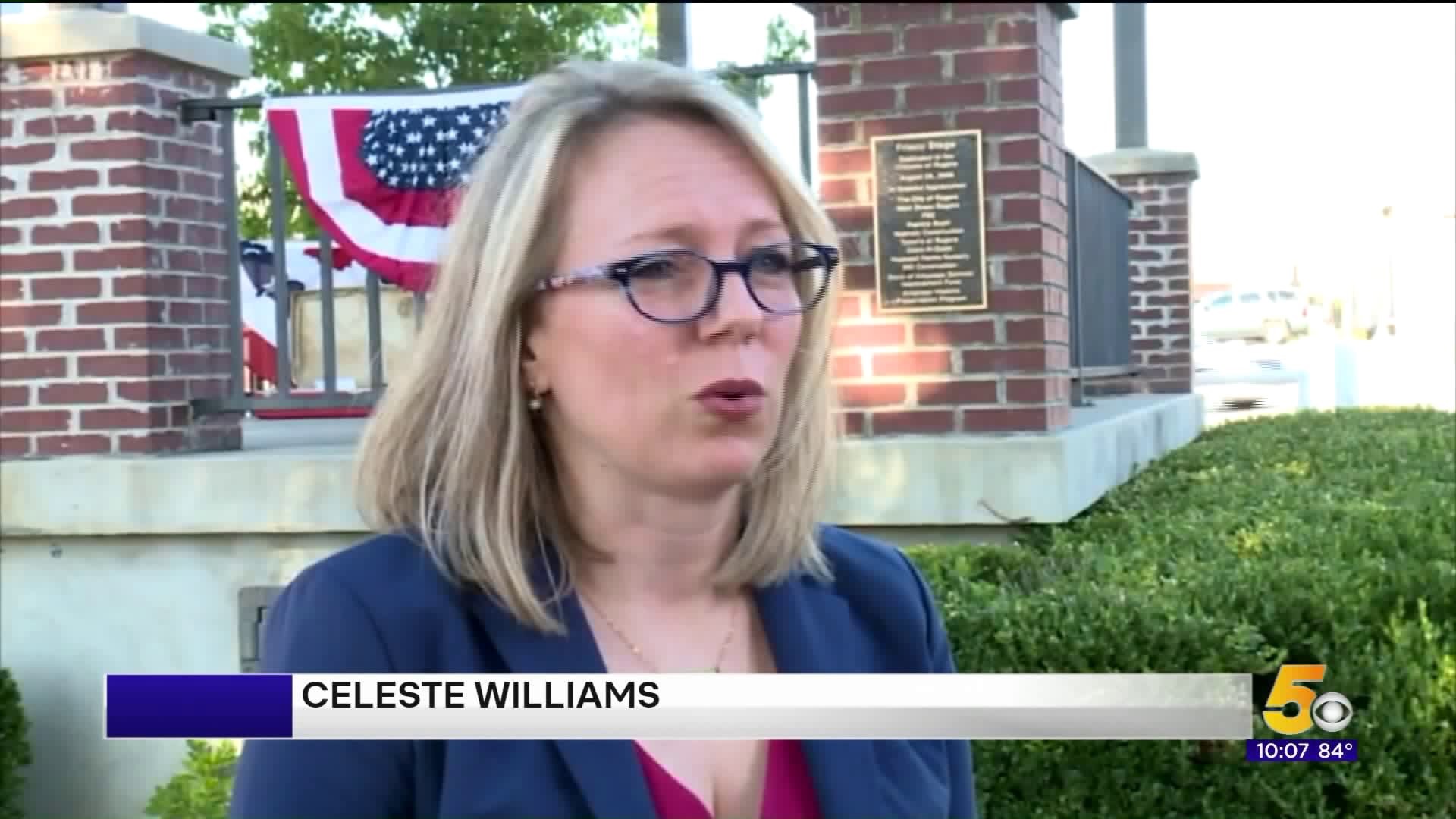 Celeste Williams of Bella Vista announced Wednesday her bid next year for the 3rd Congressional District seat now held by Republican Rep. Steve Womack. He was first elected to the seat in 2010 and was re-elected in November.

Williams has worked as a nurse for more than 20 years and is a graduate of the University of Arkansas for Medical Sciences. She says she's focusing on improving infrastructure, creating jobs and pursuing fair-trade agreements.

"I just see way too many Arkansans who are really struggling with the cost of health care and prescription drugs and the cost of college education and lots of people who are just looking for good-paying jobs," Williams said.

Republicans hold all four of Arkansas' U.S. House seats as well as both its seats in the U.S. Senate.

"The foundation of our government is the ability to choose among candidates and their ideas every two years. I'm anxious to have that conversation...I am prepared to defend my work on these critical issues."

5NEWS spoke to voters who showed up to Williams' campaign announcement today.

"She is an excellent advocate for kids, for her patients, for her friends in our area and just the overall community," said voter Christine Erwin-Jimenez.

"I think we really need to more move past that partisan divide and really listen to one another talk about real issues and really make sure we are voting for the right person and not just for the person you’ve historically voted for their party," Williams said.

At this time, there is no primary opponent running against Williams.