Deadline To Register For Primary Voting Is Nearing

FAYETTEVILLE (KFSM) — Many across the nation have been heavily debating the upcoming presidential election, and are quickly choosing who they want their c... 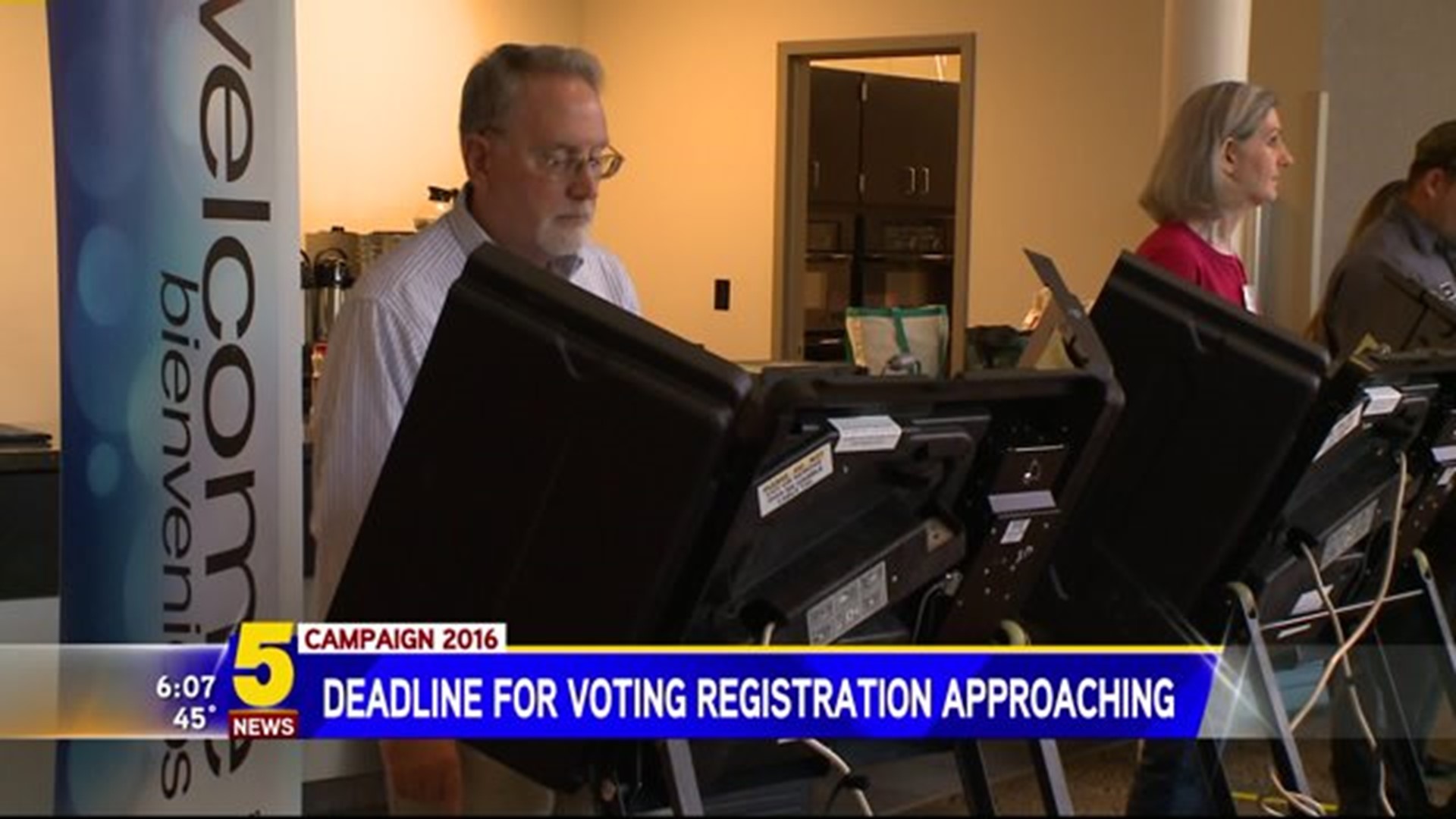 FAYETTEVILLE (KFSM) -- Many across the nation have been heavily debating the upcoming presidential election, and are quickly choosing who they want their candidate to be for individual parties.

For the Washington County Election Commission, the 2016 primaries have been something they have been waiting on for months.

“We started prepping for the March 1 primary back in November,” said Jennifer Price, Election Coordinator for Washington County.

The primary election is when each state decides which candidates will represent different parties in the upcoming election. Candidates are selected from the presidential election, all the way down to city and county seats.

“The primaries, for our office, are actually the most difficult of the election season to prepare for,” Price said. “Because, essentially we are preparing for three elections on one day.”

2016 is the first year in recent history that Arkansas moved their primary dates earlier.

For years, the primaries were held on May 1.

“However, we will accept any application that is postmarked by Monday, as long as it is here by Friday the fifth,” Lewallen said.

Those with Washington County said it is important for the public to realize the deadline is months earlier than normal this year, so they can make sure their voice is heard in the upcoming elections.

“I think it is going to sneak up on a lot of people,” Lewallen said. “Because, they don’t really know it has been moved to March 1, because it has been in May every other year. So, it may sneak up on some people.”