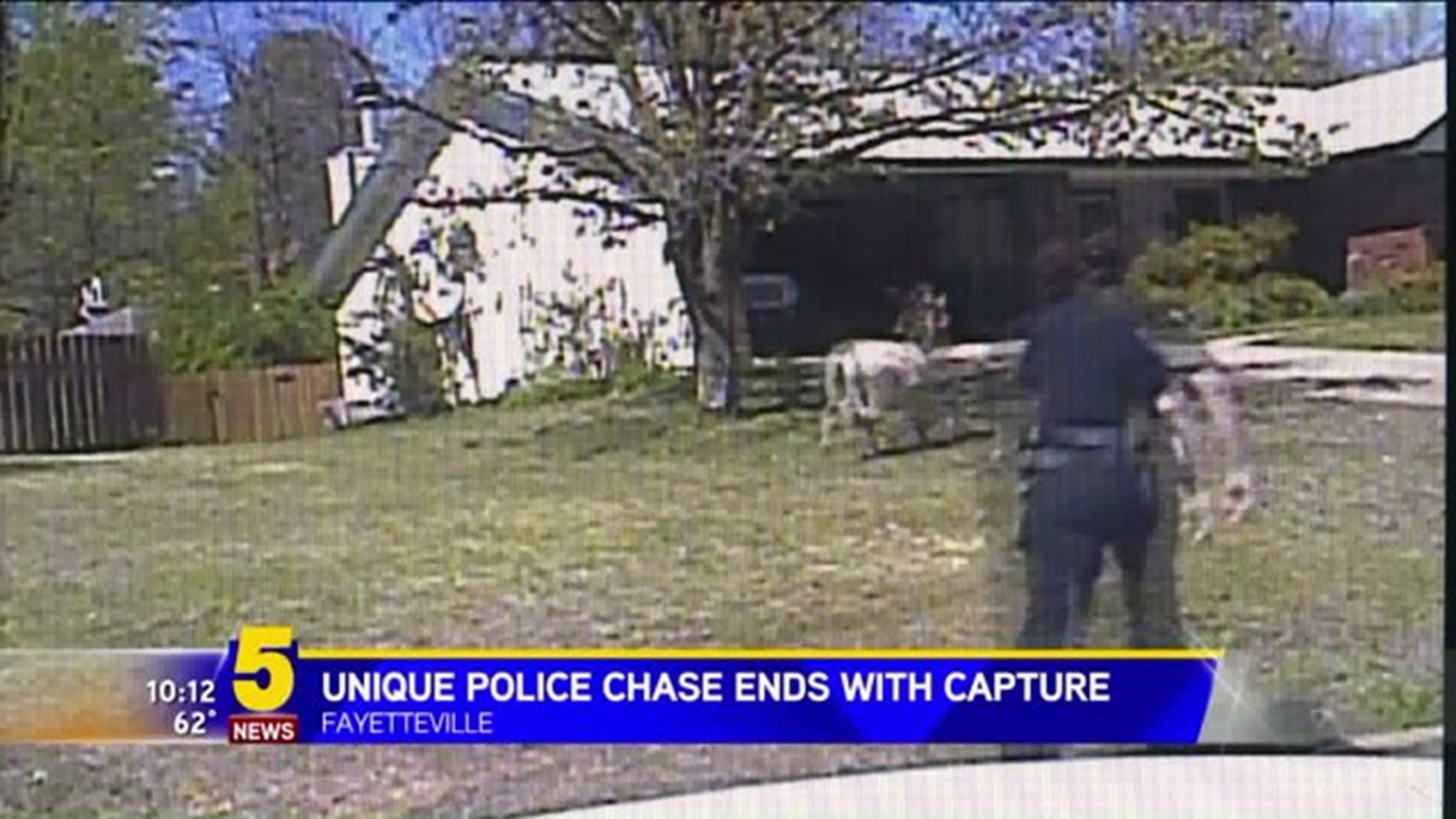 The dash cam video, which has been edited for brevity, is included below.

It starts near Old Wire Road and Overcrest Street where Officer Kristen Mercado encountered the suspect: a miniature donkey. It had gotten out of its owners yard and caused quite a scene down the road from Sequoyah United Methodist Church.

Erick Eby said he was home, when police cornered the animal in his yard.

"I heard a siren go off right in front of the house. I stood up and looked out the window, and there was a cop car blocking my driveway with its lights on,” Eby said. “As I am looking out the window processing all of this, a white flash runs past my front window. Then there was an animal control guy running with a rope to catch it.”

Police and animal control officers pursued the donkey to a neighborhood in the area of East Terry Drive and East Stewart Street and corner him there. After a few minutes they lassoed the animal, got it in a trailer and a few hours later the escapee was picked up by its owner. 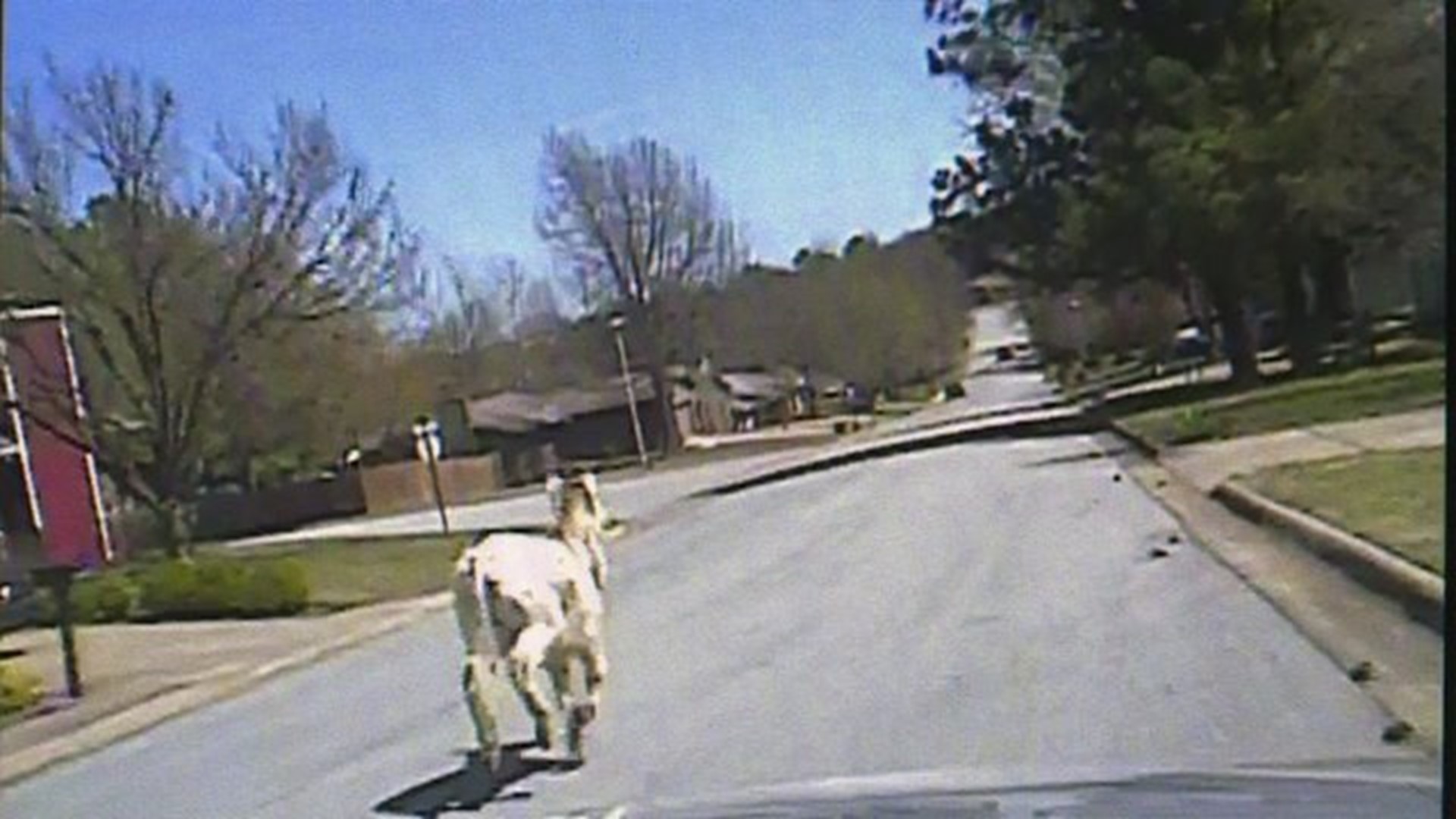