POTEAU (KFSM) — A manhunt for a suspect authorities called “dangerous” ended at a convenience store in Poteau late Monday night (Jan. 28). According... 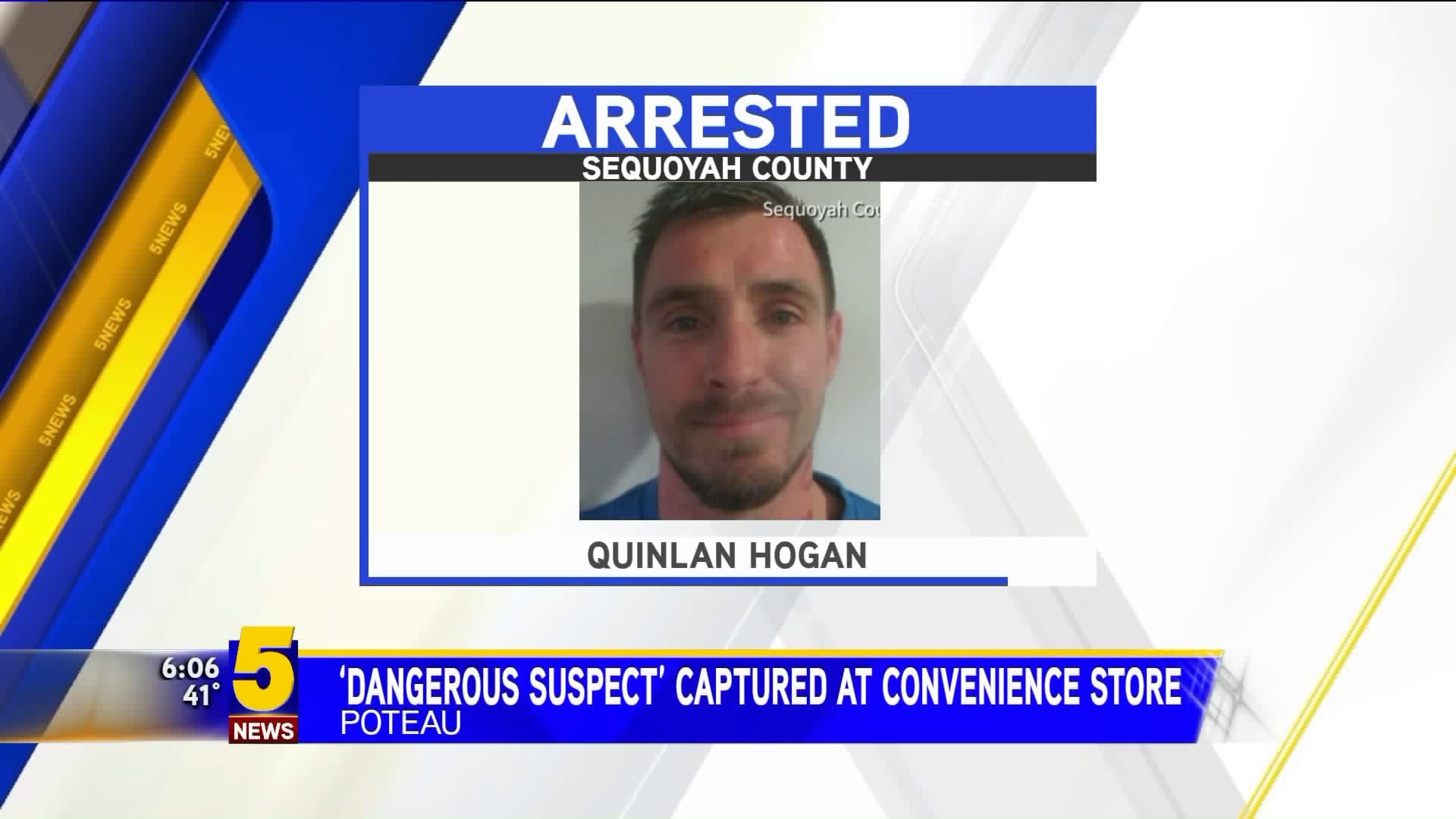 According to Eric Helms, Director of Oklahoma District 27 Drug and Violent Crime Task Force, Quinlan Hogan was arrested at the KP's Quick Mart across the street from the LeFlore County Courthouse in Poteau.

The arrest came after an all-day manhunt with the U.S. Marshals Task Force. District 16 and 27 of the Oklahoma Drug and Violent Crime Task force and the Sequoyah County Sheriff's Department assisted in the arrest, Helms said.

Authorities have been searching for Hogan since he fled after a police chase on Jan. 10. Hogan was wanted at the time on a warrant for threatening acts of violence. Helms said Hogan also has a history of illegal drugs and firearms possession, as well a suspended driver's license.

Hogan was spotted in Sequoyah County and fled from deputies in a stolen Ford Mustang, with speeds exceeding 100 mph. After running roadblocks in two different cities, he fled on foot in Haskell County and hadn't been since again until Monday.