ROGERS (KFSM) — The 2017 Daisy National BB Gun Championship wrapped up for the 52nd year in Rogers on Monday (July 3). Every year, thousands of people wil... 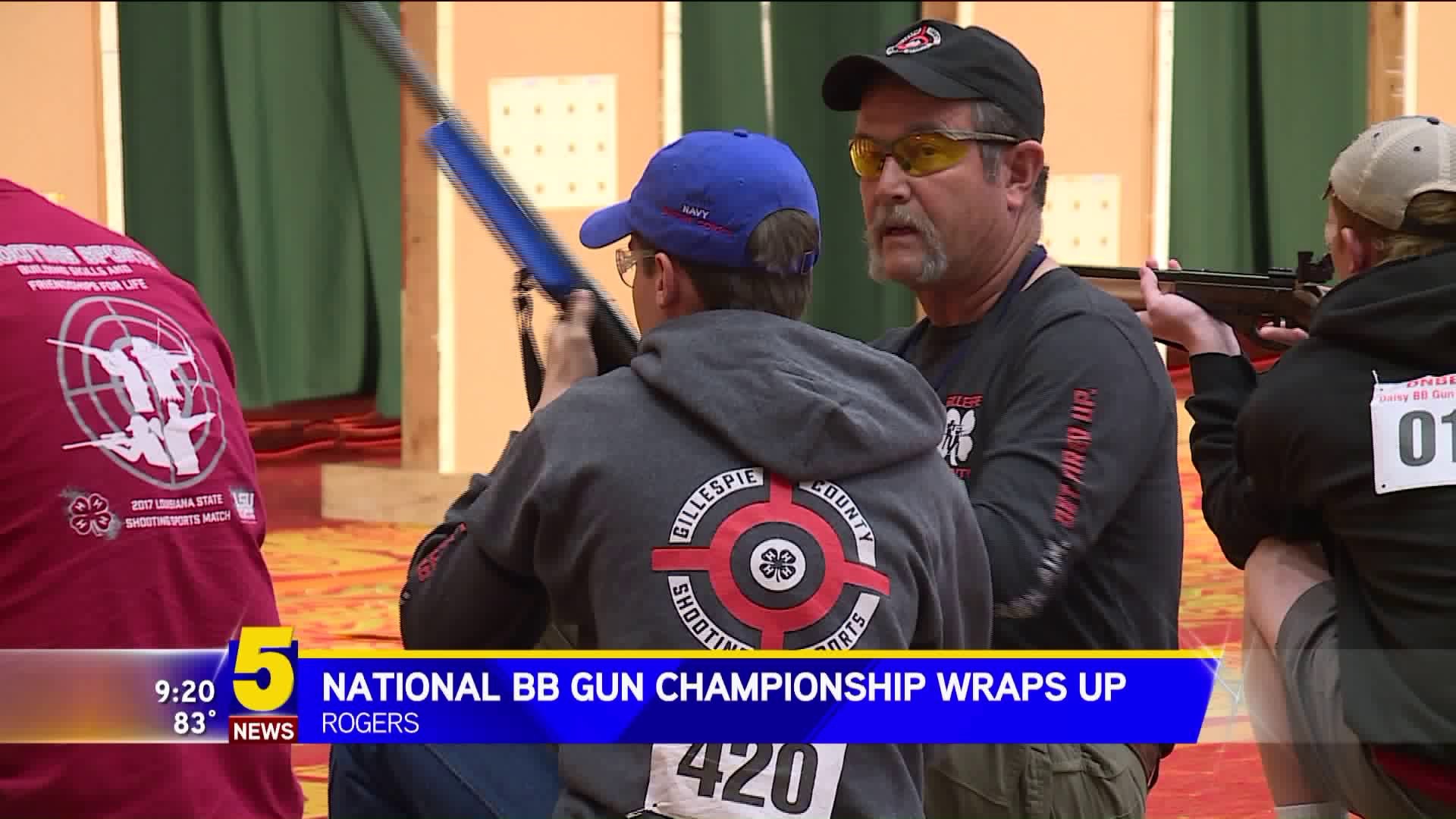 ROGERS (KFSM) -- The 2017 Daisy National BB Gun Championship wrapped up for the 52nd year in Rogers on Monday (July 3).

Every year, thousands of people will descend on Northwest Arkansas for the competition put on by well-known air gun maker Daisy, which is headquartered in Rogers.

An estimated 71 teams, each consisting of seven boys and girls ages 8 to 15, competed for the top spot over the extended Fourth of July holiday weekend.

The competition brings kids from several states around the U.S., like Vivian Munce, a Georgia native.

This was her second time at the championship, but her return to familiar territory did little to calm the nerves that set in for such a performance.

"It's kind of scary at first," Munce said. "But, once you start shooting, you get into the normal rhythm and things and you start to black out other people and the noise."

About 500 kids were expected to have attended the three days that the competition was underway.

Charles Schmidt and his family traveled to NWA from Central Texas for what would be his final championship, as he will age out in 2018.

"I've grown up hunting and everything, and I enjoy shooting because it's turning those skills to a target and I like to see how good I can do," Schmidt said.

For the last century, the Daisy National BB Gun Championship has instilled life skills into its competitors, skills that are used in the real world, according to Munce.

"Definitely perseverance and how to come back from something that was maybe not what you expected it to be, and not letting other people get to you and not getting intimidated," Munce said.

But, arguably more important than the life skills, Schmidt said, are the friends and the relationships formed around what has become such a rich american tradition in the Natural State.

"I like seeing everybody. I like meeting new people," Schmidt said. "It's a lot of fun just to come up here. And, if you've never been to Arkansas, it's fun to just come to Arkansas!"