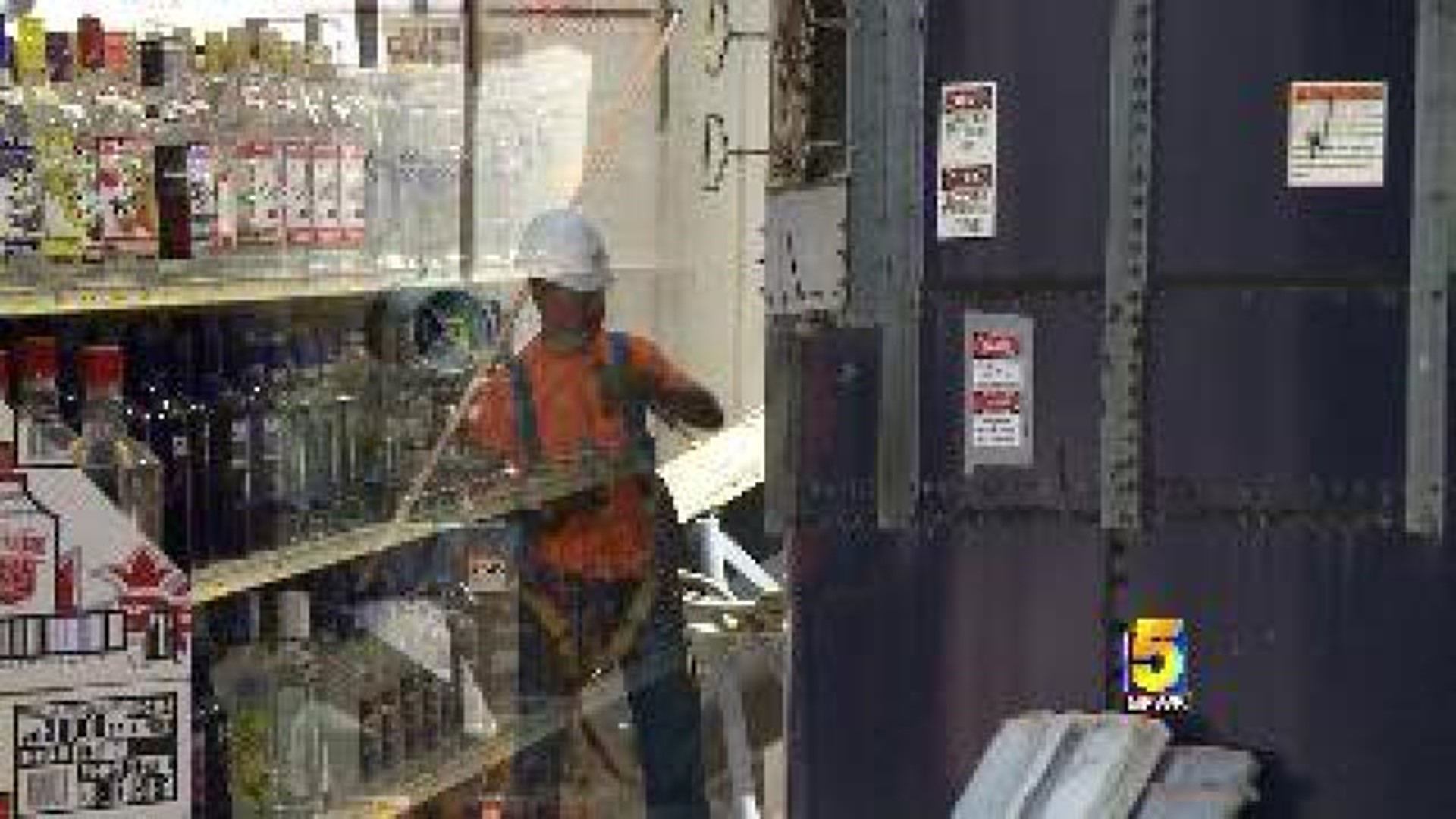 It took crews two days at the Advanced Environmental Recycling Technologies after a silo exploded and caught fire twice Thursday. No injuries were reported.

"We will asses what parts needs to be replaced in order to put it back together," said Joe Brooks, CEO and Chairman at AERT.

The AERT silos are equipped to store different types of recycled plastic. The melted plastic inside was disposed.

Brooks said the silo, which is made out of state-of-the-art material, will be inspected.

"So under continuous improvement, we'll probably put different sensors, more state-of-the art but all in all it's a good system," Brooks said.

Lowell fire crews stayed at the plant for three days.

"We were actually more successful in extinguishing then we had anticipated and it was quite honestly an exciting thing to see that we were able to accomplish the task as efficiently as we were able to do it," said Mike Morris, Lowell's fire chief.

Morris said they wanted to make sure once the melted plastic was exposed, there weren't any fire threats at the bottom.

"Once the fire and the explosion were taken care of and dealt with, it's been safe for the public ever since," Morris said.

Michelle Bartlett can see the plant from her house in Lowell. She said she was home when the explosion happened.

"My entire house shook, I felt like something rammed into the house," Bartlett said. "I live so close to it that it was really scary and I'm glad that they are taking care of it."

"There's nothing perfect so we're going to do as much as we can to be as good as we can and always learn from what we do," Brooks said.

An AERT facility in Springdale experienced a fire last week. That fire killed one worker and left another hospitalized at a burn unit in Missouri. A third worker suffered minor injuries and was released from the hospital the same day as the incident.