FORT SMITH (KFSM) — There’s now a swing at Creekmore Park made just for those in a wheelchair. It’s getting attention after a local mother pos... 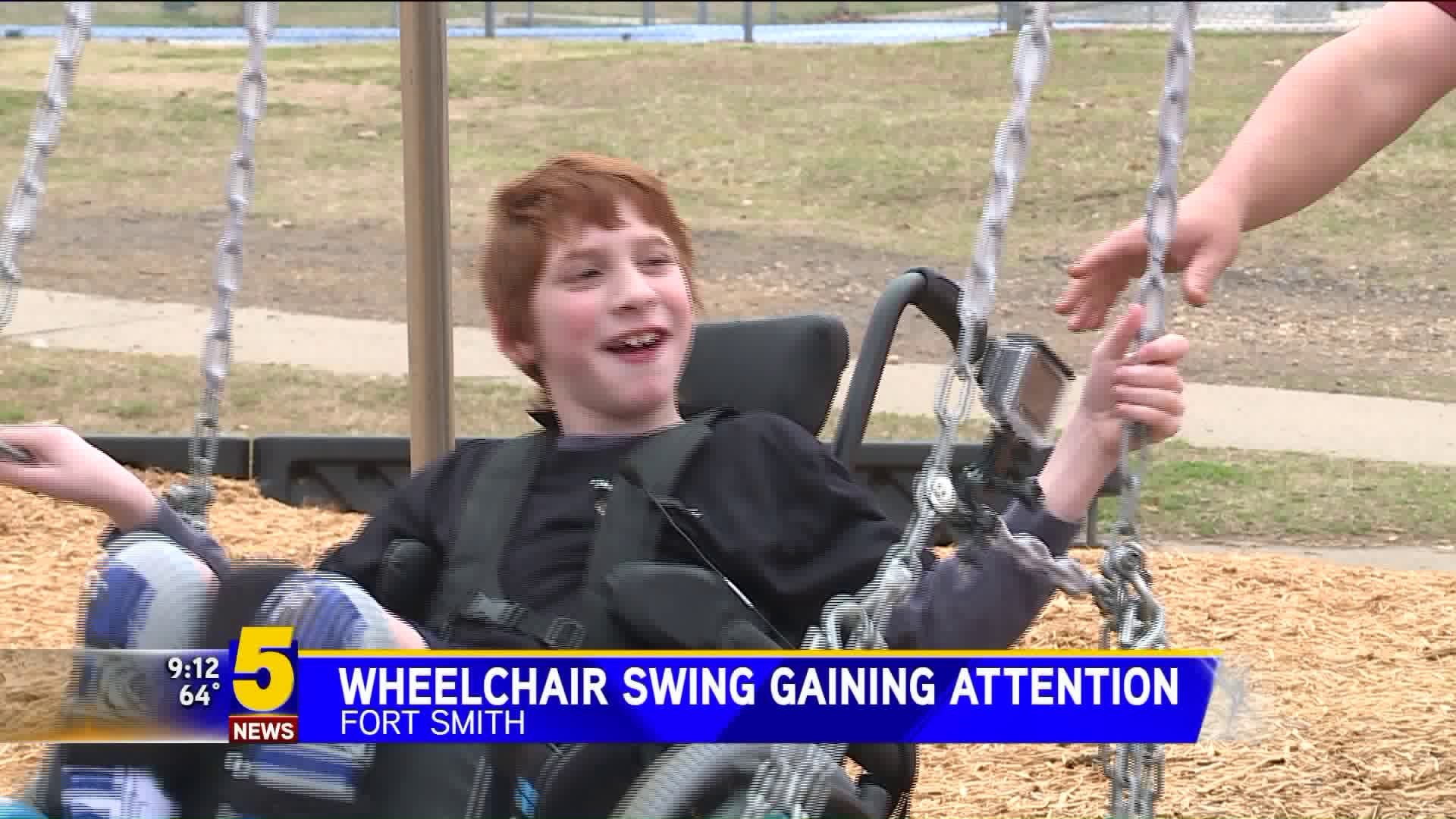 FORT SMITH (KFSM) -- There's now a swing at Creekmore Park made just for those in a wheelchair. It's getting attention after a local mother posted a video of her son's first time on the swing.

The sounds of Seth's laughter are contagious. The 10-year-old is now able to enjoy the park like most kids thanks to the new handicap-accessible swing.

"That smile and his laughter have reached a thousand people and last I checked, it was a hundred thousand," Trish Allen, mother said. "It was pretty remarkable."

"He wasn`t sure what to think because he had no experience with anything like this before," Trish said. "We put him on it and as you can see in the video, he was excited."

Seth has cerebral palsy, autism, epilepsy and microcephaly from a stroike he had when he was an infant.

His mother said doctors told the family that he would be in a vegetative state his whole life, but Seth has proved them wrong.

A committee from First Presbyterian Church in Fort Smith along with park staff helped make the project possible.

"We wanted to find a way to give back to our community and recognize all people with disabilities and even those who use cans and cannot hear well," Keley Simpson, missions facilitator said.

"One of our members actually uses a wheelchair, so she certainly understands what it`s like to not have things available or accessible," Simpson said.

Seth's parents are hoping this will pave the way for more parks to add amenities that every kid can enjoy.

"We`re the voice of these kids and they can only get as much of the world as we can give to them," Trish said. "Don`t be afraid to step out there and speak up for your child to give them opportunities that other children have, as well."

Those with the Sebastian County Parks and Recreation Board said they're working to get a handicap accessible swing installed at Ben Geren Park, too.