CRAWFORD COUNTY, Ark. (KFSM) — Levees in Crawford County that were strained while holding back the Arkansas River during historic flooding in May have now been ... 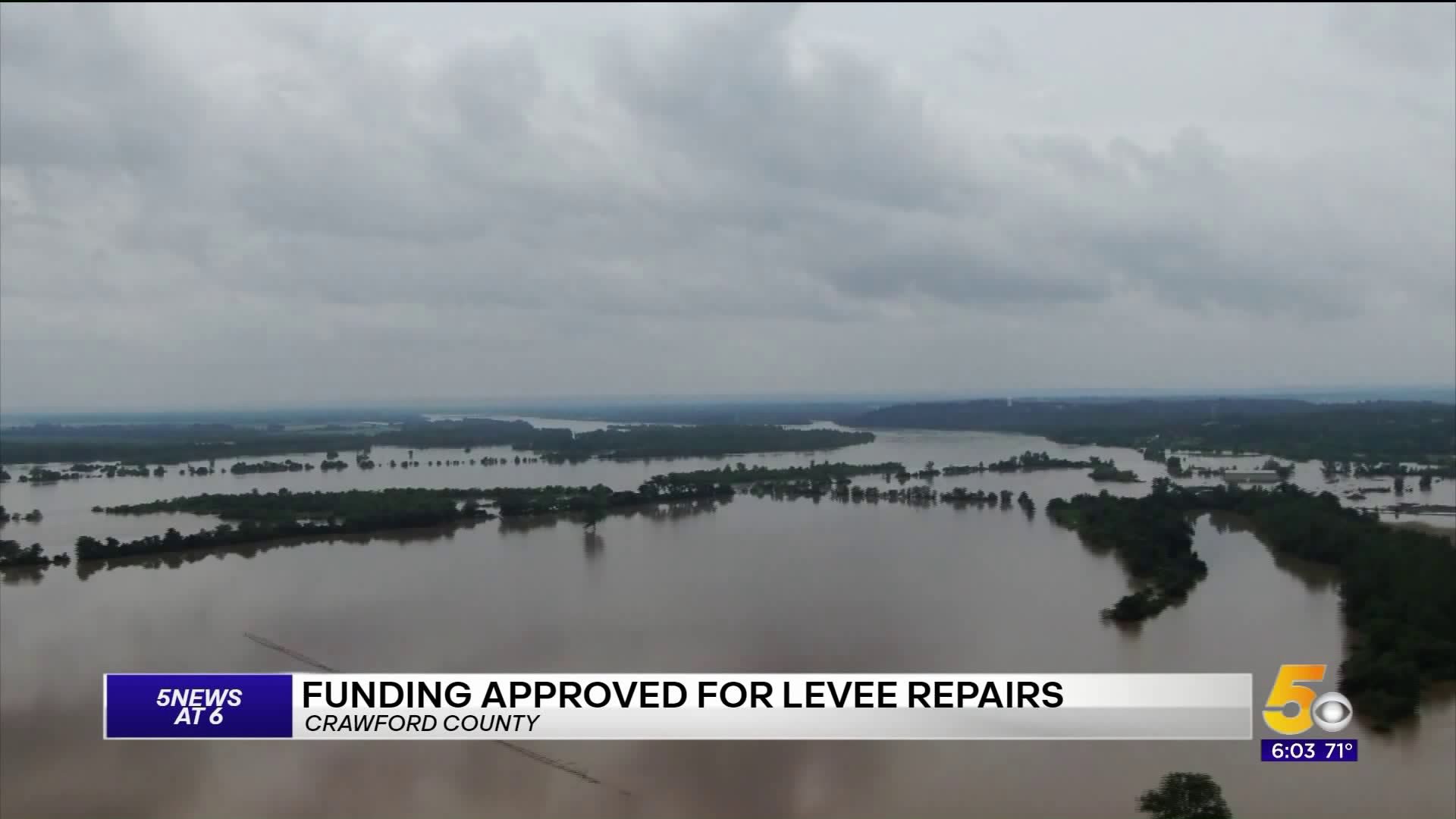 CRAWFORD COUNTY, Ark. (KFSM) — Levees in Crawford County that were strained while holding back the Arkansas River during historic flooding in May have now been approved for repairs. Counties across the state were competing for money to make these repairs.

5NEWS went to the Yoestown Bottoms in Crawford County. In May, when the flooding hit, water was just a few feet away from pouring over the Yoestown levee. It could have been devastating for the area.

"We kind of take them for granted. And they just showed how important they are here in this last flooding event," Crawford County Emergency Manager Brad Thomas said.

At the time, a portion of the levee had been compromised. To stabilize it, crews were flown in by helicopter to patch it, and luckily it held up.

Other towns across the state that are near the Arkansas River weren't so lucky with their levees. After the flooding, it set off a race to apply for federal money that would help make repairs.

Recently Crawford County found out that the Army Corps of Engineers signed off to make the repairs to the Yoestown levee. A reinforced extension will be built.

"Our levee boards already has all the material," Thomas said. That will cut down on the cost, so we're sitting in a real good spot here."

After the summer flooding, the levees became a top priority. Arkansas lawmakers wanted to get levee boards across the state operating at a higher level. Some were failing to meet federal standards or lacked funding for maintenance. Some levee boards are now combined.

"When you are sharing the same set of water, you have one board not doing what they are supposed to, and one that is active, it doesn't matter. If the levee breaches, you're going to be affected no matter where. So, that's the big concern downstream from us. Consolidating levee boards," Thomas told 5NEWS.

There's been no word yet on when the repairs to the Yoestown levee will be made. But, Crawford County leaders do say it's in the works.