CRAWFORD COUNTY (KFSM) — Crawford County Emergency Management is going in a different direction with its search and rescue team, and some people have mixed emot... 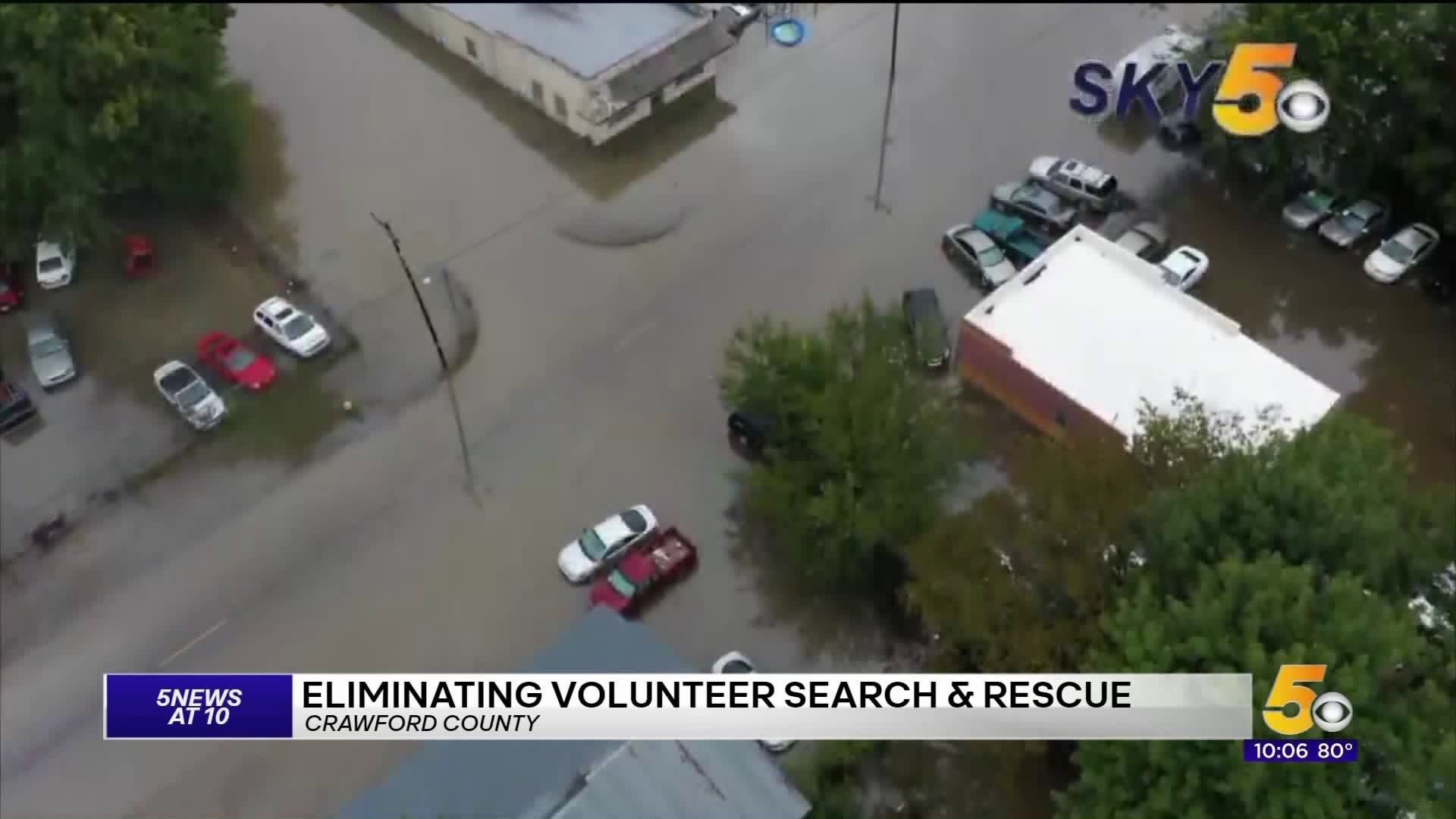 CRAWFORD COUNTY (KFSM) — Crawford County Emergency Management is going in a different direction with its search and rescue team, and some people have mixed emotions about the change.

After a lack of proper response to a water rescue that could have been potentially deadly in Crawford County, the emergency management department says it's time to make some changes.

"Water was actually up to the lady's neck by the time the sheriff's office got there," said emergency manager Brad Thomas.

This past August a family was trapped inside their trailer home in Mulberry during flash flooding, and the water was quickly rising.

Thomas says he made the call to the volunteer search and rescue team, but no one could respond, leaving the family stranded until another department could arrive.

"That was an eye-opener down there in Mulberry, that flash flood like that, and let’s face it something is going on with the weather and we need to adjust accordingly," Thomas said.

Thomas says the equipment used by the search and rescue team will be placed throughout the county. Some will be placed with the sheriff's office and other area departments.

A rescue boat will be sent to the Van Buren Fire Department.

When Thomas made the call to dissolve the group, some members say they were heartbroken.

"I was sad and disappointed because this group of people that I’ve been with the last five years, we’re like an extended family almost," said search and rescue volunteer and secretary Janet Atchley.

Atchley says several others were a little hurt by the news as well, but she understands Thomas' position.

"In lieu of the drowning recently I see the need to be able to respond quickly and have the equipment to do so," Atchley said.

Thomas wants to stress how thankful he is for all the hard work the volunteer team has dedicated over the years but says it's time for a new direction to better serve the community.

Atchley says she knows she and the rest of the team will continue to serve even though this group has come to an end.

"There’s plenty of volunteer positions in the county so I think we can all find out a niche somewhere," Atchley said.

The search and rescue team is run completely by volunteers and even though the county will no longer dispatch the group, it will still be it's own organization.