FORT SMITH (TB&P) —A legal battle is underway between the brother of the late Bill Neumeier and Trent Goins, the CEO of Fort Smith-based OK Foods, over the ...

FORT SMITH (TB&P) —A legal battle is underway between the brother of the late Bill Neumeier and Trent Goins, the CEO of Fort Smith-based OK Foods, over the control of downtown Fort Smith restaurants and other property owned by Neumeier’s trust. Documents filed by Goins’ attorney show that Neumeier wanted Goins to “have everything” because “you’ll take good care of my joints and my people.”

Neumeier owned Papa’s Pub and Pizzeria and Neumeier’s Rib Room, two popular, if not iconic, venues in downtown Fort Smith. He was active in bringing music to Garrison Avenue. That work included supporting the Fort Smith Riverfront Blues Festival, and partnering with Goins and Jeff Gosey, owner of two downtown restaurants, to launch the Peacemaker Festival.

Neumeier created his trust in July 2011, with his brother Joseph being the successor trustee. But in a handwritten note submitted as evidence, Neumeier wrote to Goins, “Love my brother, but he wouldn’t know what to do.” Neumeier was referencing his brother Joseph. Bill also called his attorney on Nov. 18, a day before his death, to begin amending the trust making Goins the successor trustee. Bill also sent an e-mail to Goins just hours before his death saying he wanted Goins to have everything because he would know how to run the businesses. Kevin Hickey, Goins’ attorney, said Neumeier’s trust could be amended with “clear and convincing evidence of his intent.”

Read more of this story by visiting our partners at Talk Business & Politics. 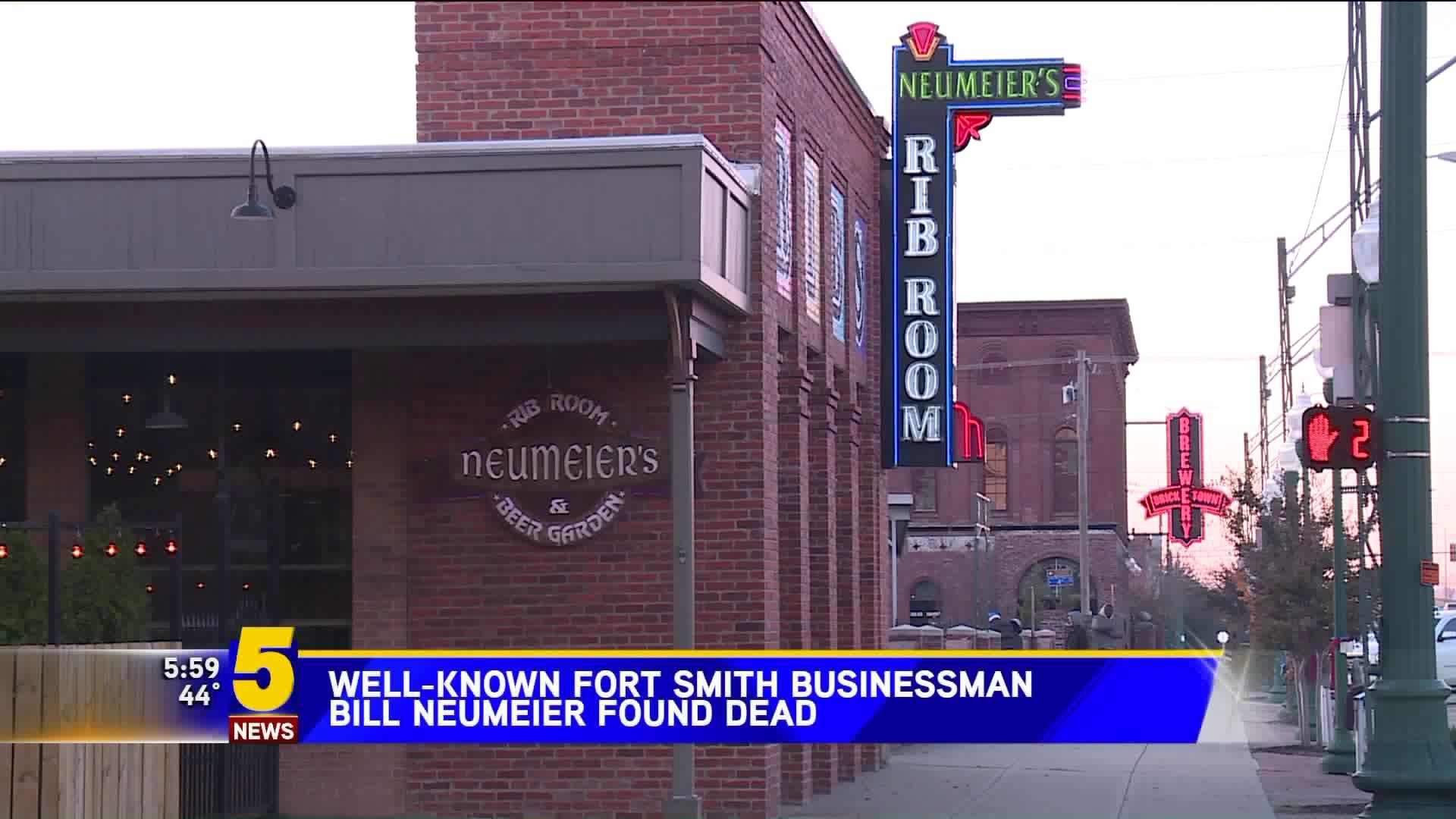