FORT SMITH (KFSM) — A Walmart employee who has been with the company for 25 years got a special surprise this Valentine’s Day. Louis Demetriades met Renat... 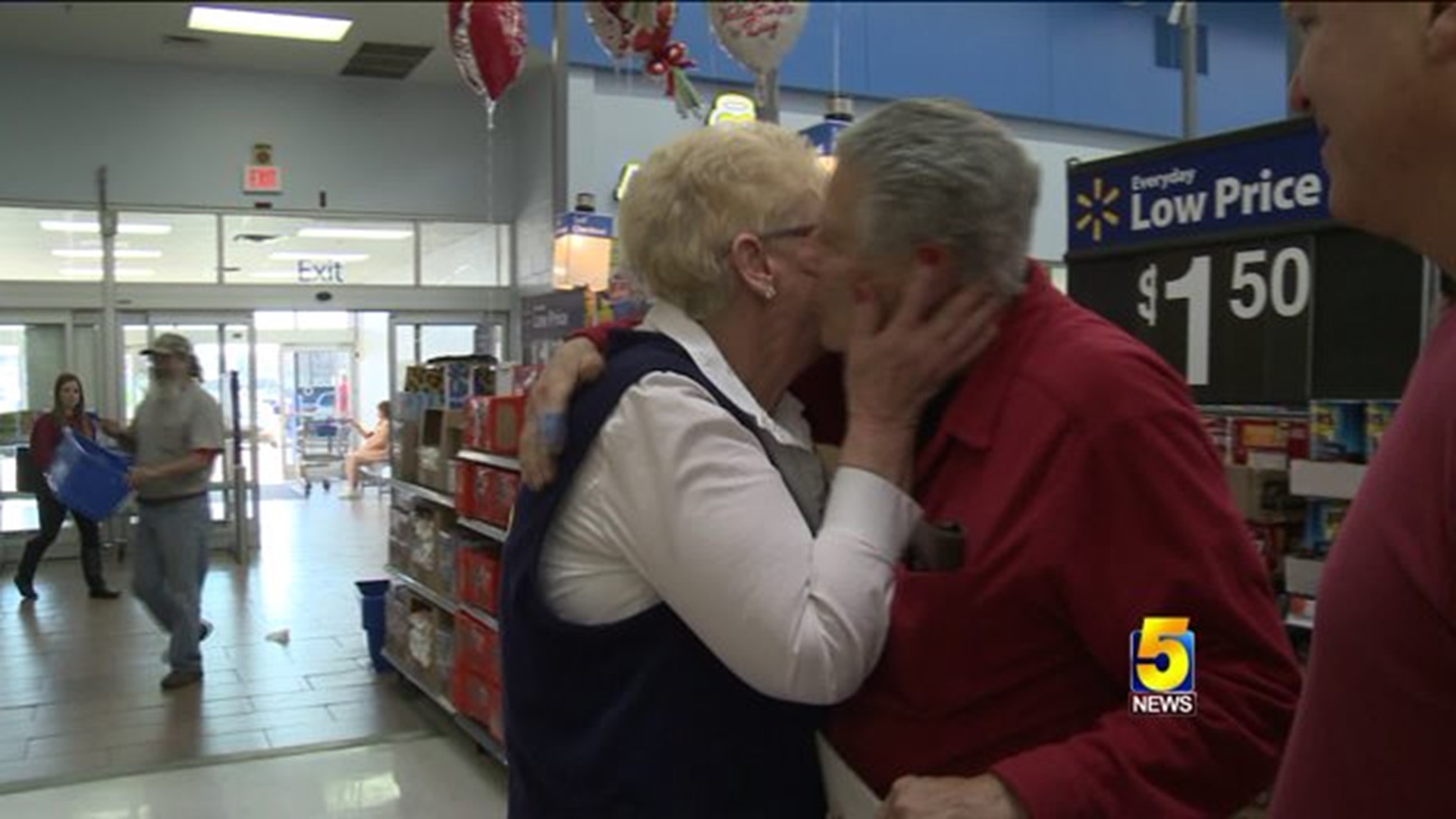 FORT SMITH (KFSM) -- A Walmart employee who has been with the company for 25 years got a special surprise this Valentine’s Day.

Louis Demetriades met Renate Stumpf in Germany in 1959 and they got married.

The marriage ended 12 years later, and until Dec. 2 of last year, they had not spoken for about 43 years.

He drove to the Walmart on Rogers Ave. in Fort Smith from Memphis to propose to her on Saturday (Feb. 14).

"Hey good lookin,’” Demetriades said as he greeted Stumpf with a sign that read, “Happy Valentine’s Day! Will you marry me?”

Her first response to the proposal was “No,” then she said “Yes, but not today!"

"43 years is a long time and to say 'yes' right away. I’m going to have to test him a little bit first! I will marry him though, because he's a good man,” Stumpf said.

"And why did I come to Walmart to propose to my wife again? It's because she has so many friends here and I knew she would like to share that with them,” Demetriades said.

"The best Valentine I ever had in my life,” Stumpf said.

The couple has three children.

They met when they were teenagers and now they are both 75.