It was going to be the perfect place to start a family. But one Bentonville couple is rethinking their plans. 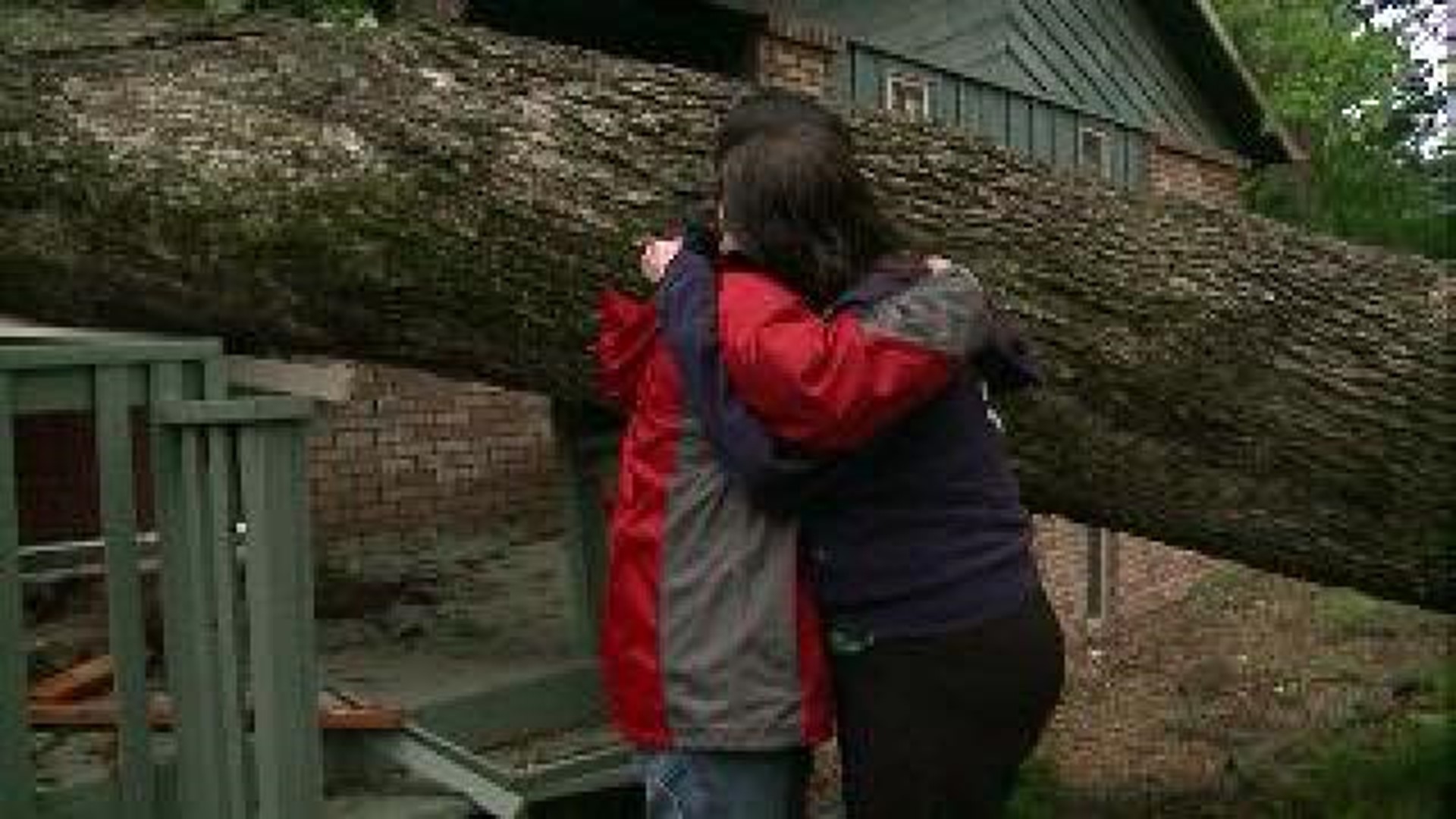 It was going to be the perfect place to start a family. But one Bentonville couple is rethinking their plans.

"You are looking at what was going to be our home, so I’m pretty upset,” said Theresa Goncalves.

Gerik and Theresa Goncalves were just days away from buying a home on Northwest C Street, when a giant tree uprooted my Monday’s storm fell on it.

"The wind was blowing so hard, we couldn't hear anything,” said Brian Swisher, a neighbor. “That’s what amazed me, I came out and saw that like that and i hadn't heard anything."

It was an emotional morning as the Goncalves assessed the damage.

"Part of me feels like it was too good of a deal,” Theresa said. “It was on foreclosure. We were really excited. We were getting more house than we ever expected. We really saw this as the house we would raise our kids in."

This isn't the first time the home had been hit by a tree during a storm. The home was remodeled a couple years ago after a similar storm.

These first-time home buyers were shocked by the destruction.

“I couldn't believe it,” Theresa said. “I heard what the real estate agent said and she apologized and said ‘I can't believe it, a tree fell on the house.’ But, you don't expect the damage to be this bad."

The couple is now left to figure out what to do next.

"It's bank owned right now so we just have to figure out, is the bank going to fix it, are they going to total it and start over?” Theresa said.  “We really don't know."

No one was living in the house when the tree crashed into it.