BENTONVILLE, Ark. (KFSM) — A Highfill couple found with guns, drugs and a moonshine still during a probation check have been sentenced to prison for felony weap... 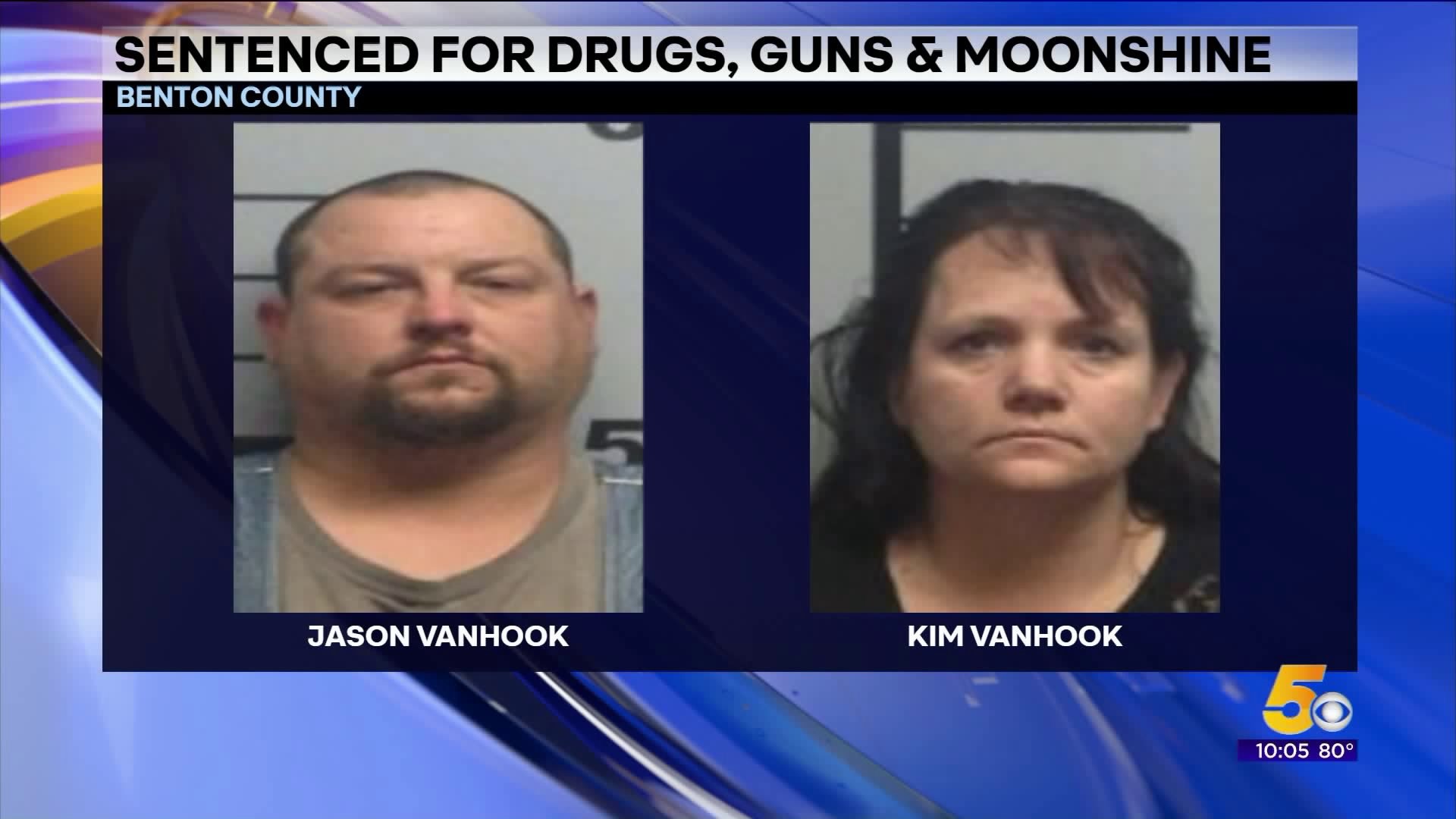 BENTONVILLE, Ark. (KFSM) — A Highfill couple found with guns, drugs and a moonshine still during a probation check have been sentenced to prison for felony weapons charges.

Jason Vanhook, 42, and Kim Vanhook, 44, pleaded guilty earlier this month in Benton County Circuit Court to multiple counts of possession of a firearm by certain persons.

Each had their charges enhanced due to being habitual offenders.

Jason Vanhook told police he uses the still "for moonshine," adding that he "didn't know that was illegal," according to a probable cause affidavit.

“They are small and unprofessional in nature, it`s not like a brewing company setup or something like that. These are parts and barrels and buckets and things that someone has watched a youtube video and put together,” Webb said.

"There is licensing, there is taxation...things like that, that have to come into play."