FAYETTEVILLE (KFSM) — A Fayetteville couple was arrested during the past weekend after their infant tested positive for methamphetamine, according to a pr... 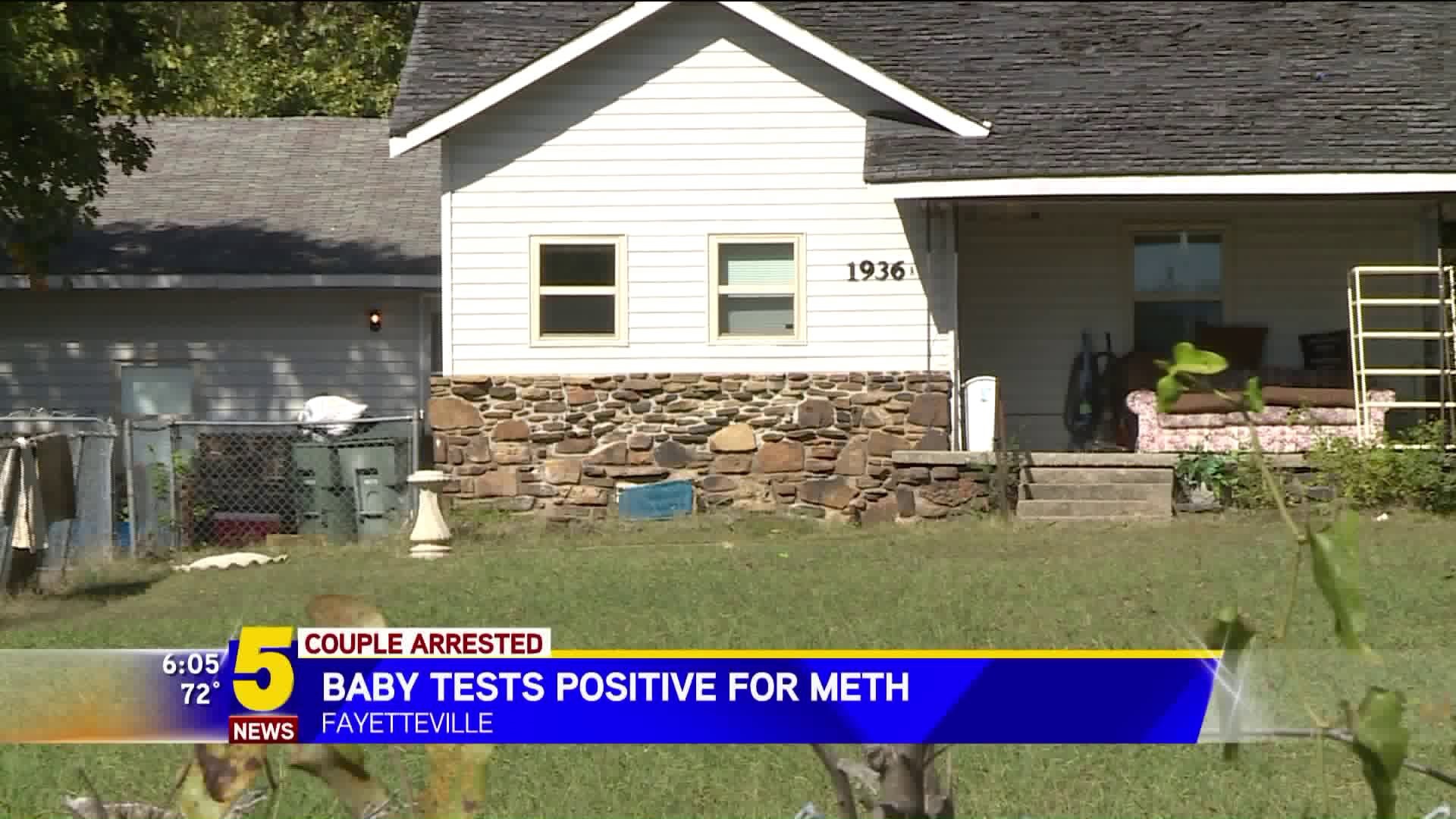 FAYETTEVILLE (KFSM) -- A Fayetteville couple was arrested during the past weekend after their infant tested positive for methamphetamine, according to a preliminary arrest report.

Matthew Wade Faith, 46, and Brandi Williams, 29, were arrested Sunday (Oct. 22) in connection with possession of drug paraphernalia and first-degree endangering the welfare of a minor.

Williams also faces five counts of possession of a controlled substance, unlawful use of a communication device and tampering with physical evidence -- all felonies.

Faith took his 1-year-old son to Washington Regional Medical Center Sunday because the boy didn't nap all day and was extremely fussy, according to the report.

While waiting in the outpatient center, Faith said it appeared his son had, "...eaten a crack rock." Hospital staff called police after determining the boy's blood tested positive for meth.

Officers arrived and searched Faith's vehicle, where they found a wrapper under the passenger seat that tested positive for meth.

Williams also told police that she knew her son would test positive for meth. She added that she smokes meth daily even when her children are inside the home, the report states.

The state Department of Human Services also arrived and took urine tests from Faith and Williams. Faith tested positive for meth and several other illicit substances, according to the report.

Williams was already being investigated by DHS and said she'd been passing the agency's urine screenings by using someone else's urine.

DHS took custody of the infant and her 10-year-old son.

Huskins later told police he hid meth pipes under the back porch. He was arrested for tampering with physical evidence and released Sunday on a $1,500 bond.

Faith and Williams were also released Sunday from the Washington County Detention Center after posting $2,500 and $5,000 bonds, respectively.

Both have hearings set for Nov. 29 in Washington County Circuit Court.