County With Controversial Hog Farm Tells Fayetteville To Butt Out

Newton County officials passed a resolution earlier this week asking Fayetteville leaders not to interfere in a hog farm in the county that detractors say may b... 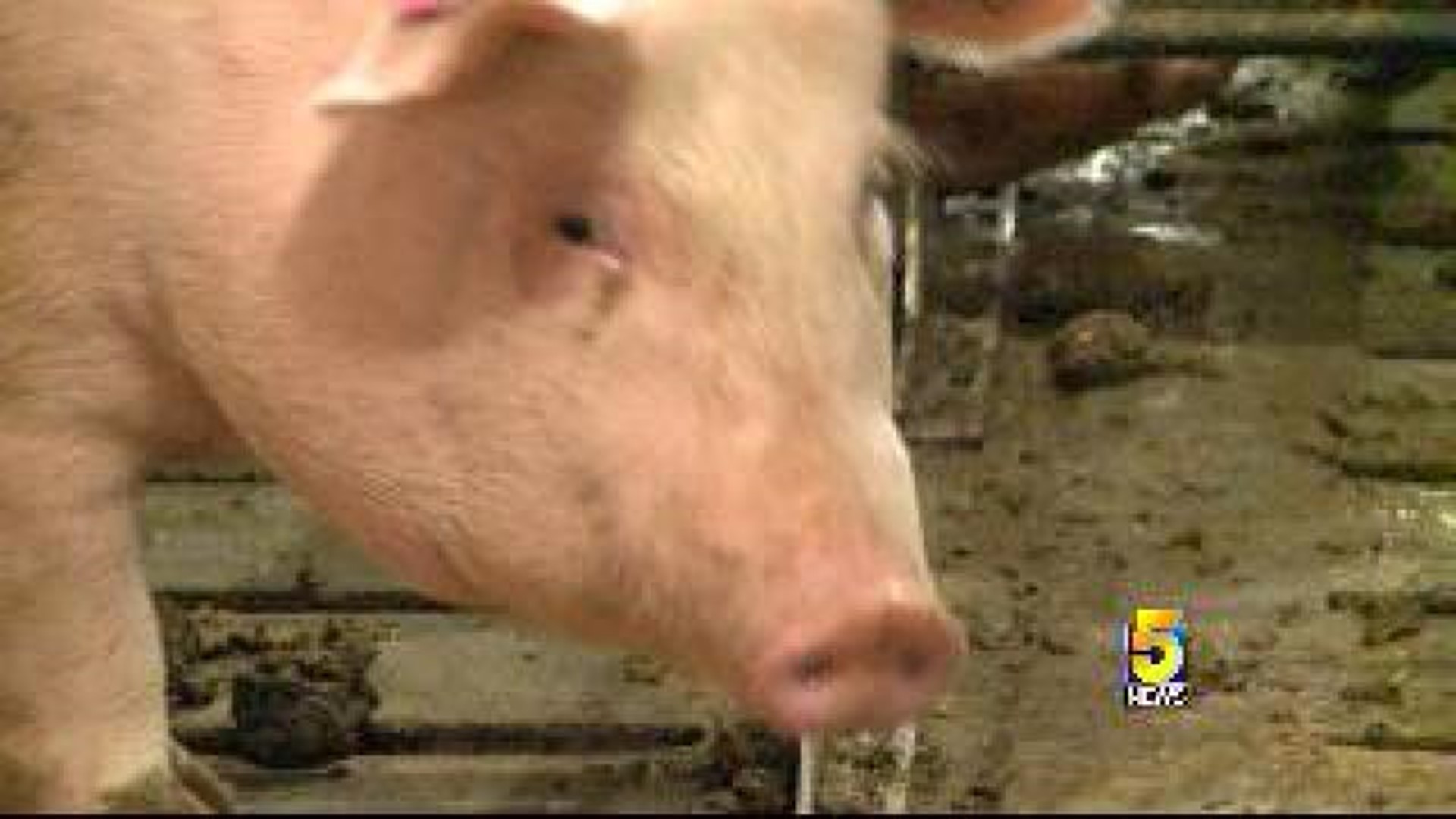 Newton County officials passed a resolution earlier this week asking Fayetteville leaders not to interfere in a hog farm in the county that detractors say may be harmful to the environment and the Buffalo River.

The Newton County Quorum Court drafted and passed a measure June 3 that “opposes the interference in the livelihood of these families by the City of Fayetteville and other entities,” the resolution states.

Fayetteville city councilmember Adella Gray shot back at Newton County officials Friday, saying that while she understands their need for autonomy, the possible pollution of the Buffalo River reaches farther than the confines of Newton County.

The issue started in April, when the Fayetteville City Council unanimously passed a non-legally-binding resolution opposing a hog farm aldermen said could pollute the Buffalo River. Although the farm is a few counties away, Fayetteville’s resolution claimed the 6,500-head hog factory farm near Harrison could poison the river and hurt Northwest Arkansas tourism revenue.

See 5NEWS reporter Austin Reed’s story above to hear what Newton County officials and Gray had to say Friday about the newest development in the issue.

Fayetteville’s resolution opposing the hog farm brought out local protests against the farm, along with area farmers who, on the other side, believe the government already places too many restrictions on family farms.

The hog farm’s owner even held an event to allow the public to tour his farm, to see his pollution safeguards.

Members of the public on both sides of the issue spoke up during the public comment section Fayetteville’s council meeting on the matter in April. Helen Mitchell, a local realtor, said the possibility of pollution and water contamination is obvious and hog farms have decimated the environment of other areas outside of the state.

Alderman Sarah Marsh and Mayor Lioneld Jordan, the resolution’s co-sponsors, said they have heard from several citizens on the matter and realize it is important to them that the council do whatever it can to keep pollutants from hurting the Fayetteville area.

Beau Bishop with the Arkansas Farm Bureau told the council pollution is not likely, adding that the eighth-generation family heading the hog farm operation has taken out $4 million in loans to start the farm.

“This is their livelihood,” Bishop said. “All they’re guilty of is following the letter of the law.”

Alderman Justin Tennant told his fellow council members he did not feel right voting against the hog farm when so many farmers are already struggling to make a living because of increased regulations, but then cast his vote for the resolution opposing the farm.

The U.S. Department of Agriculture’s Farm Service Agency found the hog farm would have no significant impact on the local environment and the river, a claim the City Council’s resolution calls “hard to imagine”.

Bishop refuted the resolution, saying hog excrement does not have the same ill effects human excrement can have on the health of those nearby.