FAYETTEVILLE (KFSM) – A race in Washington County for Justice of the Peace is gaining significant attention from both sides. County Judge Marilyn Edwards is cha... 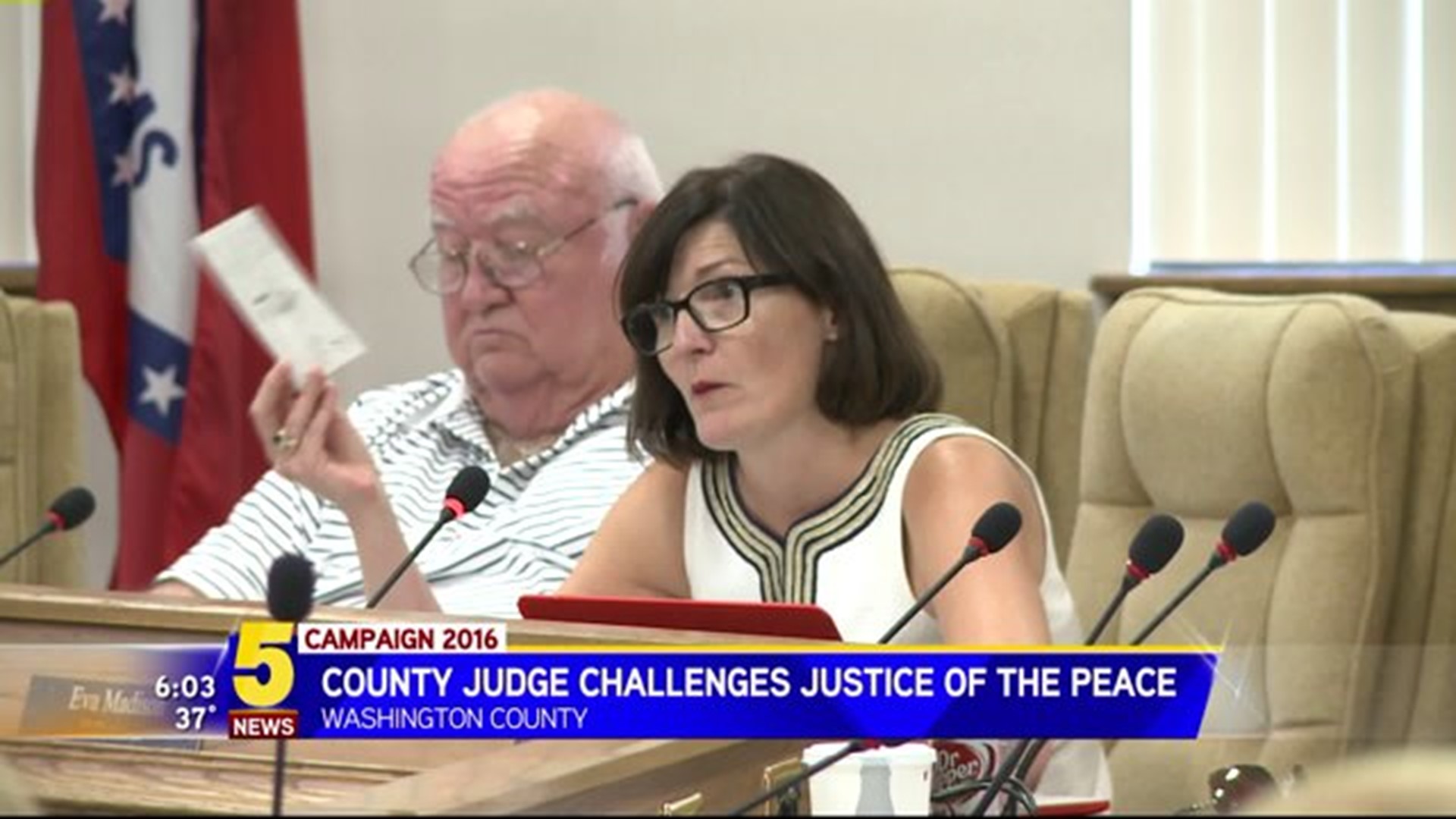 FAYETTEVILLE (KFSM) – A race in Washington County for Justice of the Peace is gaining significant attention from both sides.

Both Edwards and Madison are democrats. The two have publicly challenged each other during prior debates over controversial issues.

“I treat every election the same. I work very hard every time,” Madison said. “It does not matter who my opponent is.”

Madison, a five-year veteran of the quorum court, announced she would be running for reelection in 2015, expecting to be unopposed by anyone from her party.

However, when Edwards announced she would leave her seat as judge, only one year after being re-elected, many were caught off guard.

“If you have been the executive, why would you want to be in the legislative branch?” Madison questioned.

Madison said she was also surprised to hear the judge, who Madison contested in prior issues surrounding the city`s road department, was looking to take her seat.

“I am not the first person to make an observation that it sure seems retaliatory,” Madison said. “We are facing four lawsuits, all accusing the county of political retaliation. [Some of those lawsuits are] including the County Judge.”

5NEWS reached out to Judge Edwards for an interview. She responded, saying she did not have time to comment on her campaign.

5NEWS also asked for a statement, but never heard back.

Madison said, although she is being challenged by a member of her own party, she will still run her campaign as she would against anyone else.

“I like going to the meetings. I like studying the budget. And, I like marrying people,” Madison said. “I hope to continue to serve the people of Fayetteville, and Washington County.”

The primary election in Arkansas will be held Tuesday, March 1.

Democrats Josh Mahoney and Mark Kinion will go head-to-head for Edward’s seat as Washington County Judge in the primary.

The winner of that election will face Republican Micah Neal in the November general election.