POTEAU (KFSM) — Poteau police are investigating after seeing a series of counterfeit money being used at several businesses in town including a convenienc... 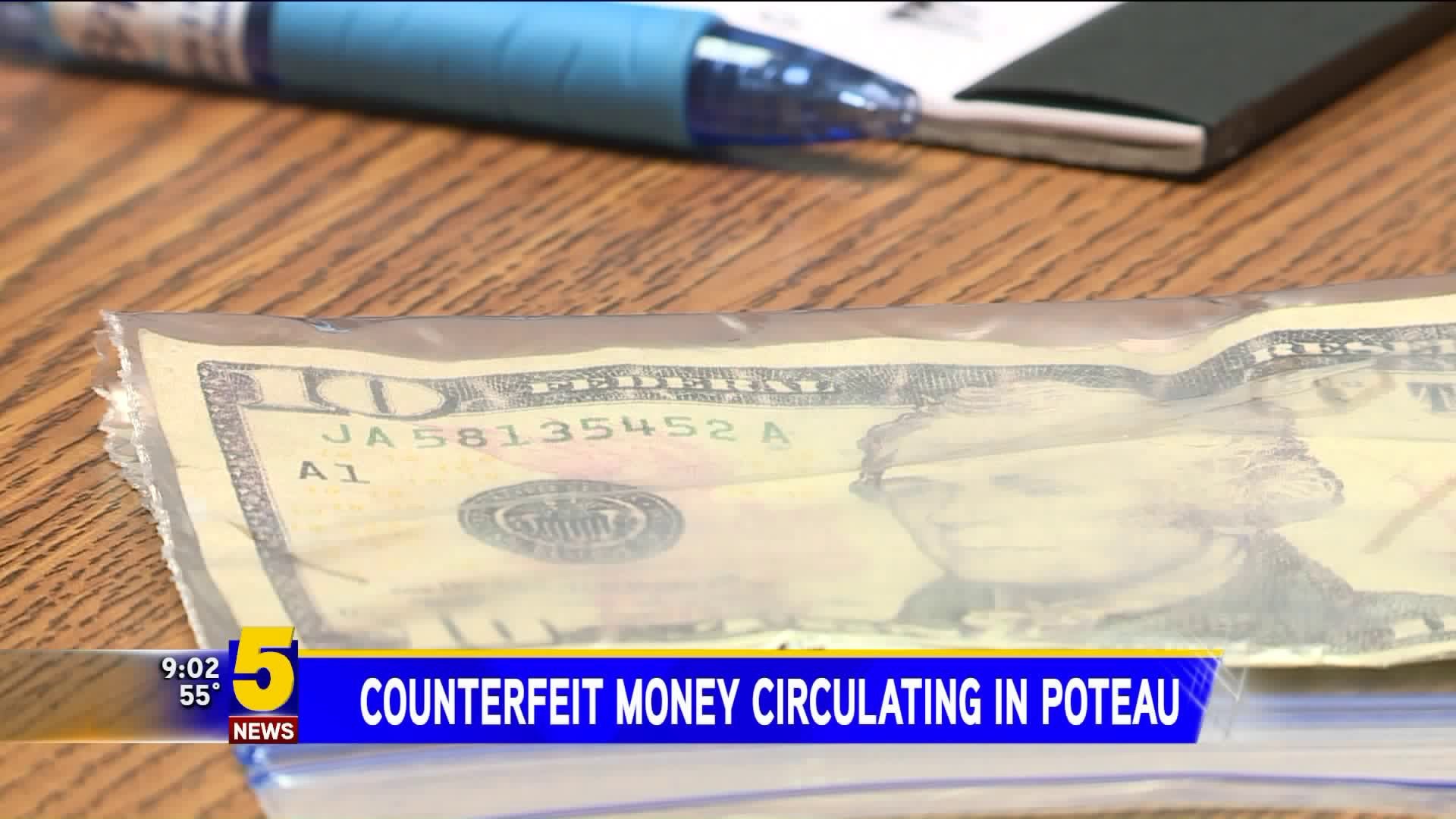 POTEAU (KFSM) -- Poteau police are investigating after seeing a series of counterfeit money being used at several businesses in town including a convenience store, restaurant and hotel.

Tote-A-Poke is just one of those businesses and police said in these cases, those responsible for making the fake money are using five and ten dollar bills instead of larger denominations.

"People typically associate with counterfeiting, the 20's, 50's and 100's," Greg Russell, assistant police chief said. "I think a lot of the criminal enterprise involved with this have shifted toward the smaller denominations because they're under less scrutiny at the point of exchange with the merchant."

"Lately, there's been a lot of counterfeit money going around," Stephen Embrey, manager said. "A few months ago, there was some counterfeit money with Russian writing on it. It was really bad money, but this time, this was a pretty good duplicate."

Police said they don't have any suspects at this time. Most of the businesses didn't catch the fake money until later in the day, so employees didn't see who used the bills.

"We were getting ready to do a bank deposit," Embrey said. "[the workers] were counting the money and they realized they had it."

Police recommend that businesses take a closer look at the cash used by customers.

Russell said there are a few ways to quickly tell if the money is fake.

"A lot of it is just the feel," Russell said. "It just doesn't feel right."

Russell said to hold the bill up to the light to see if you can find a security strip.

"Also, you don't see any  type of color shift when you change light angles on a fake bill," Russell said.

Police said the counterfeit bills have been sent to the Secret Service so agents can take a closer look at where the fake bills may have come from and also add the information to their database.

Also, counterfeit money makers are not able to create bills that can withstand the marker test, so police urge businesses to have a back up test just in case.

If you have any information about the counterfeit money used in Poteau, you can contact the Poteau Police Department at (918) 647-8620.