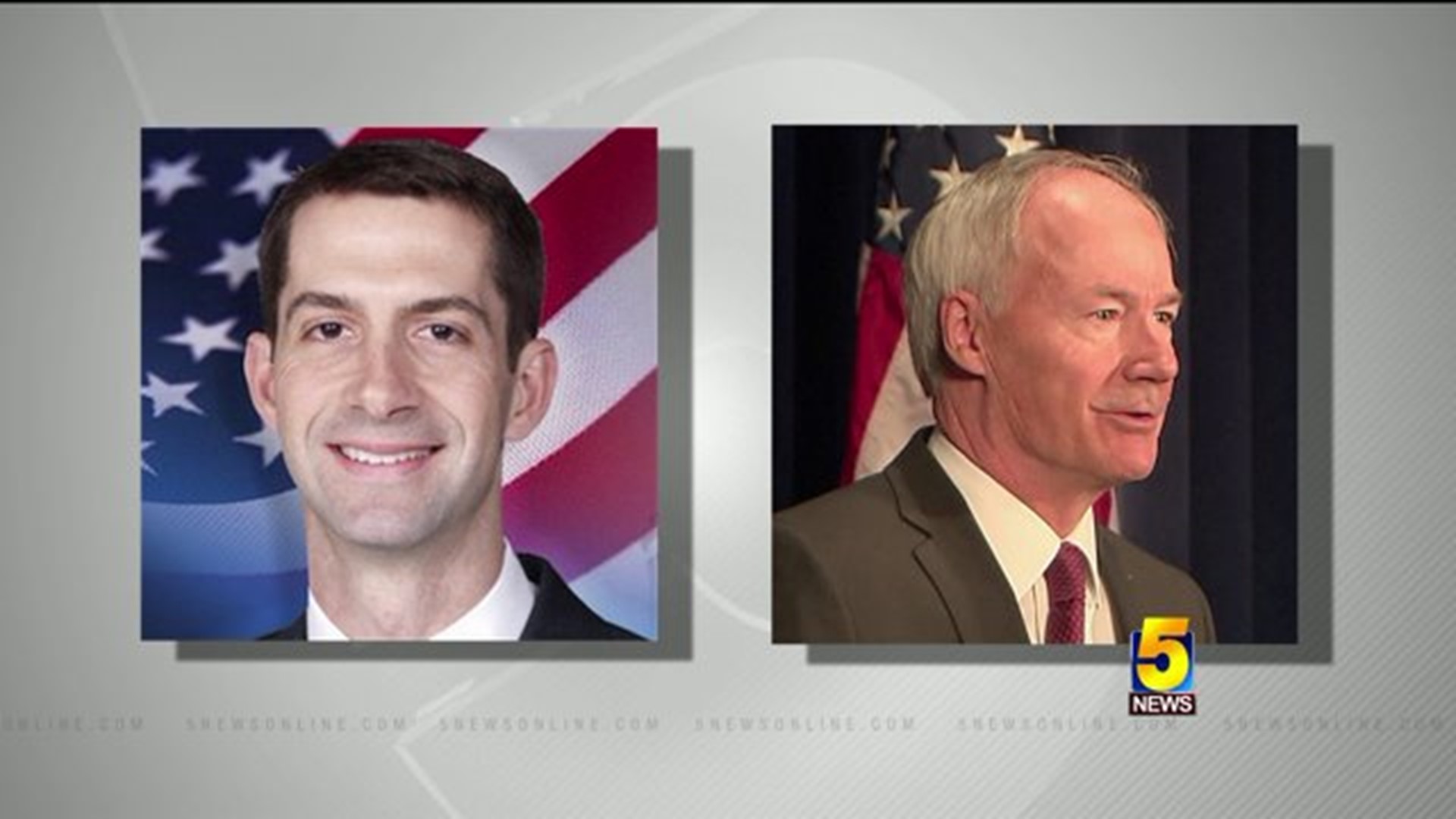 FAYETTEVILLE [KFSM]- Clinton spoke at a rally in Fort Smith Sunday night (Nov. 2), and Republican candidates Tom Cotton and Asa Hutchinson agreed that his visit will not have an impact on voters.

"It's interesting that the Democrat side can't bring in their chief fundraiser, and the one that heads up their ticket which is President Obama, instead they bring in President Clinton who is a favorite here in Arkansas," Governor candidate Asa Hutchinson said.

"Barack Obama said his policies are on the ballot, here in Arkansas they are called Mark Pryor, and that's why the people of Arkansas are ready to retire Pryor because they know the Obama agenda is bad for Arkansas," Cotton said.

Cotton said he is preparing for the final push to the polls by meeting every voter he can all over the state.

"The days are very full but they are also very fun, so many Arkansans are ready for change in Washington, and they know they need to replace Mark Pryor as their senator, and they want the kind of new direction that I've heard so many people tell me about the last year," Cotton said.

Hutchinson said he and Cotton will be at a rally Monday (Nov. 3) morning at the Fort Smith Convention Center at 7:30 a.m.  The rally is centered on urging citizens to get their vote in on the last day of early voting. The polls are open on Election Day from 7:30 a.m. to 7:30 p.m.

"If you voted call your neighbors, call your friends, make sure they vote, because you never know how close an election is going to be, you want everybody to vote to make sure you have every chance at winning, and doing something good for our country," Hutchinson said.

Cotton is challenging incumbent Mark Pryor, and Hutchinson is running against Mike Ross.