SEARCY COUNTY (KFSM) – Search and rescue crews recovered the body of a swimmer Monday (June 22) who went missing on the Buffalo River at Grinders Ferry ac... 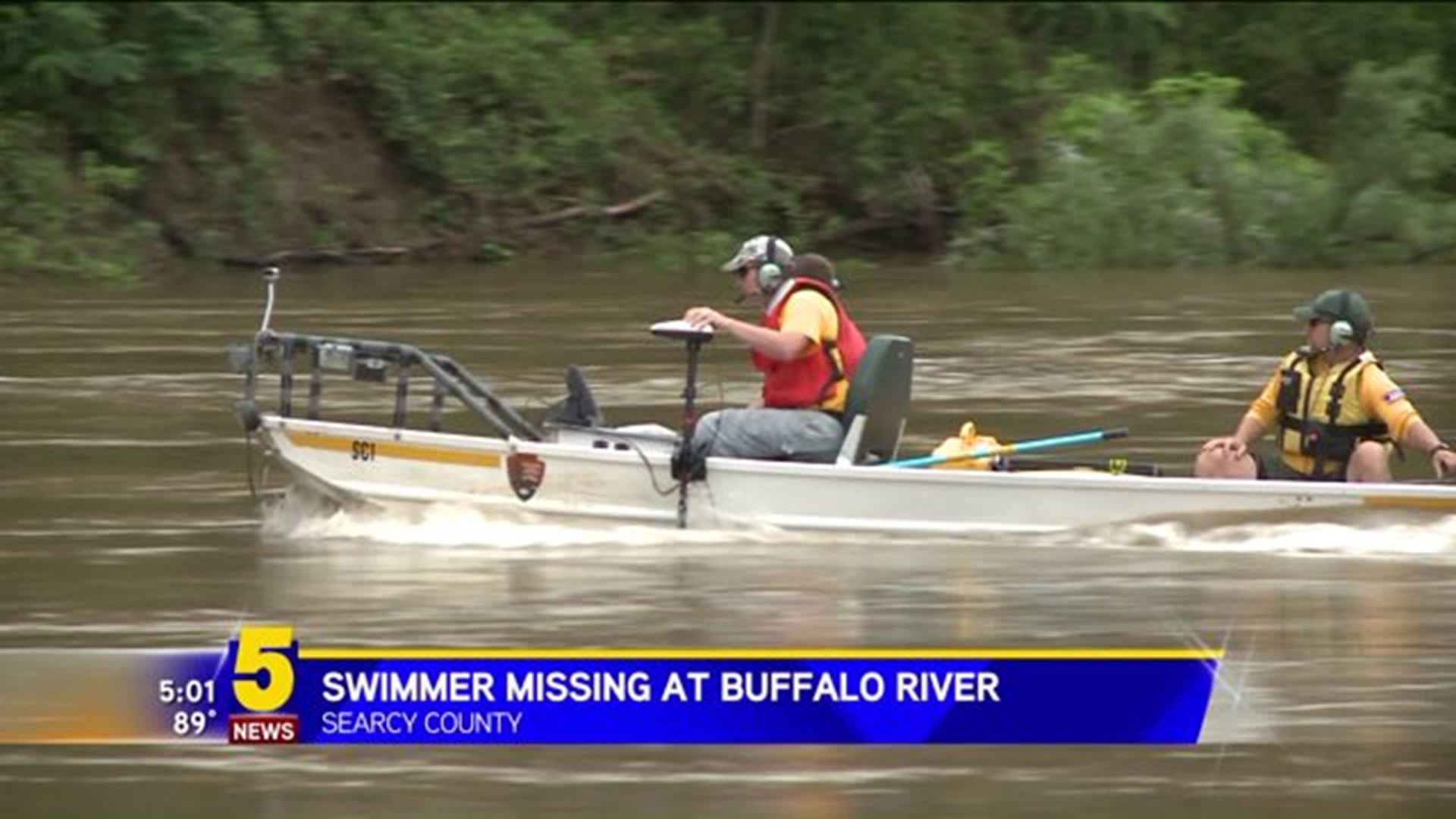 The man was identified as Curtis Miller, 22, of Independence, Missouri. His body was found 1.8 miles down river from Grinders Ferry at about 10:30 a.m, according to park rangers.

Park rangers said Miller was with a group of friends when they tried to cross the river to get to some bluffs.

"There were two men that went under water, one they were able to get out and the other we are obviously looking for today that didn't make it out," Searcy County Sheriff Joey Pruitt said.

Pruitt said the river is typically about 5 feet deep at the crossing, but Thursday night was close to 9 feet, and Friday (June 19) afternoon it was almost 14 feet deep.

He said the National Park Service and the Mennonite Disaster Service are searching the water with sonar to try to locate the swimmer.

"With the water being so muddy there's no line of sight in the water and you can see the current, it's too dangerous," Pruitt said.

The sheriff said the area is a popular swimming hole and has this advice for locals and out-of-towners.

"If it looks bad, it's probably bad so stay out of it," Pruitt said.

Pruitt said drugs or alcohol are not believed to have played a factor.