FAYETTEVILLE, Ark.  (KFSM) — For the first time in University of Arkansas history, beer will be sold at sporting events. Kicking off this football season, there... 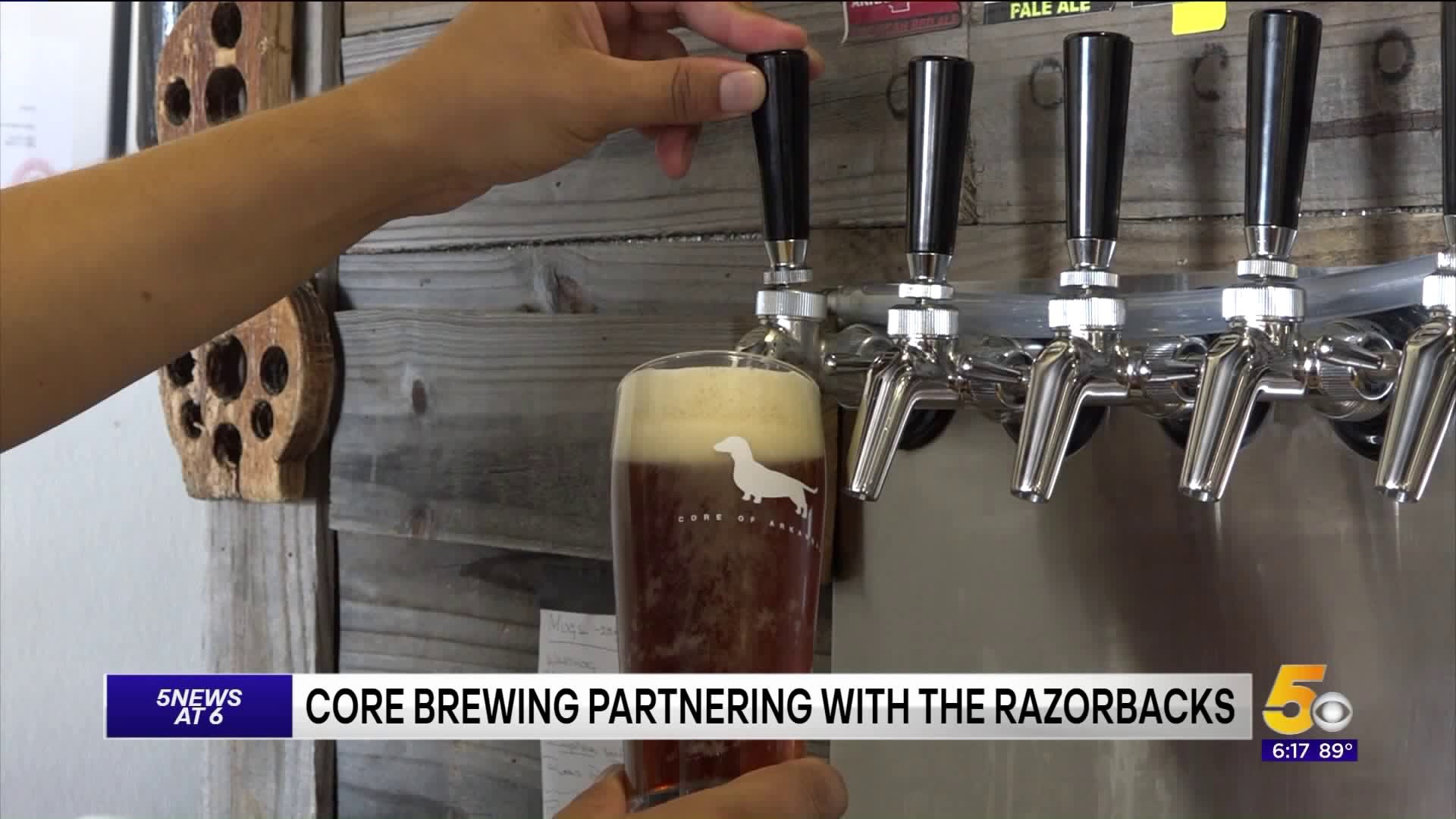 FAYETTEVILLE, Ark.  (KFSM) — For the first time in University of Arkansas history, beer will be sold at sporting events.

Kicking off this football season, there will be many alcoholic choices but you'll only find one local brew on tap.

Core Brewing Company is the official local brewery of the Razorbacks.

"I think it's really cool that a local brewery is sponsoring the Razorbacks," said U of A student Owen Stuckey.

Stuckey thinks bringing local beer into the stadium will bring more people into the games.

"I think the atmosphere of the games will be a lot better," Stuckey said. "I know a lot of people who like to tailgate and now this will promote people coming into the game."

The local brewery will be serving several samplings of its beer, including the popular Arkansas Red, at kiosks around the stadium.

"I can't wait until Saturday when someone is drinking our Arkansas Red at the Razorback stadium. It's surreal, it's super cool," Core said.

Core Brewing Company will be at every home game this season.

There will be 12 locations around the stadium where you can purchase beer and wine. You can find them at west and south concourses with the exception of the east concourse near the student section.