FORT SMITH (KFSM) — A Halloween costume contest at the Lil’ Dude Tavern in Fort Smith is causing a lot of controversies online after a Ku Klux Klan ... 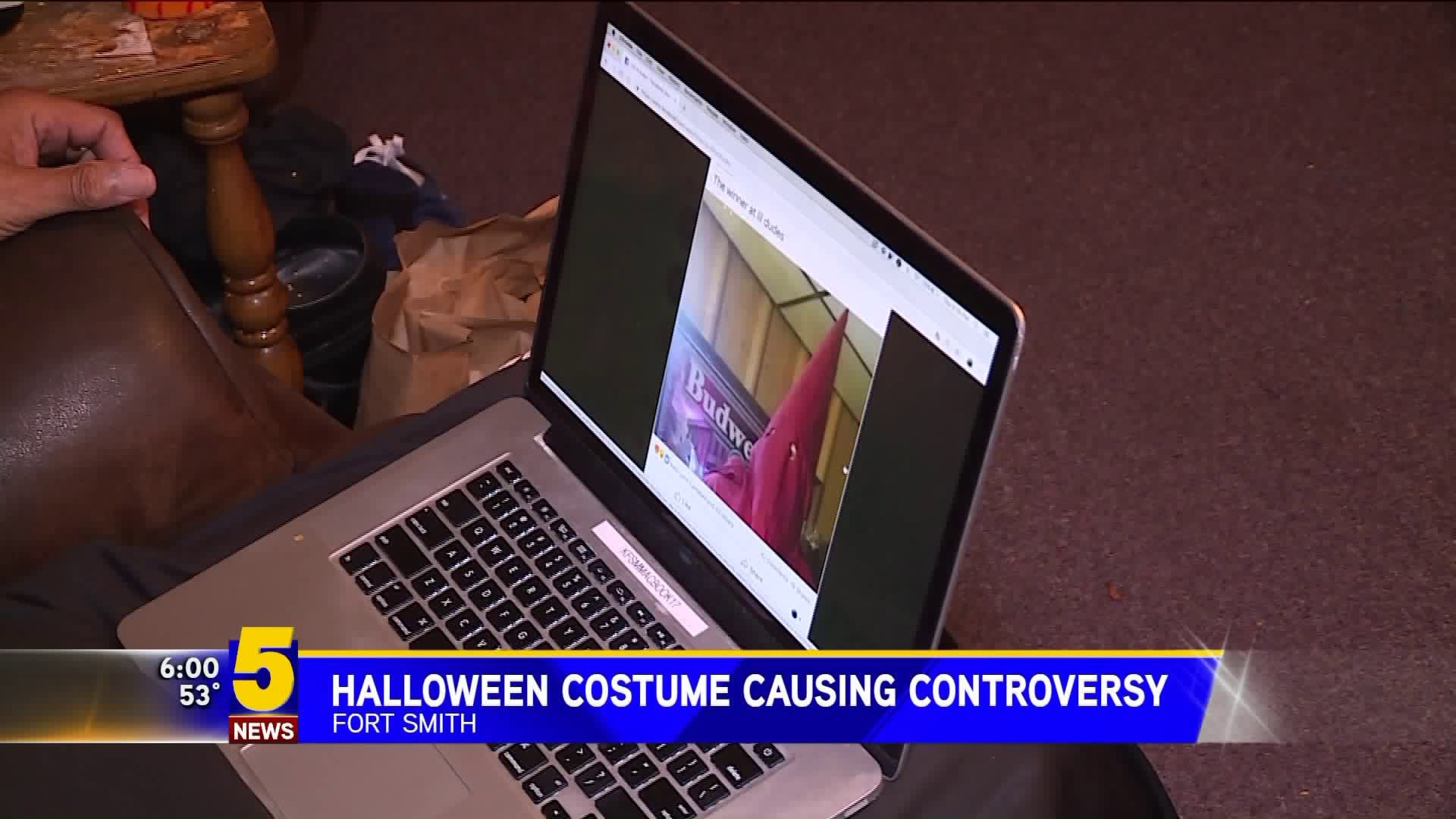 FORT SMITH (KFSM) -- A Halloween costume contest at the Lil' Dude Tavern in Fort Smith is causing a lot of controversies online after a Ku Klux Klan costume was voted the winner, and now a member of the local NAACP chapter is speaking out.

The pictures of the contestant dressed in a Ku Klux Klan costume have been shared thousands of times on social media sites.

Managers at the bar would not comment to 5NEWS about the costume. Leo Good, the Legal Redress for the Sebastian County chapter of The National Association For The Advancement of Colored People (NAACP), talked with the owners.

"I happen to know the owner of Lil' Dude, the mom and her son. The son is a very dear friend of mine, no way is he a hateful person. But, this is the clientele that Lil' Dudes are letting filter their place, and I totally disagree with that because the NCAAP is not about hating folks," Good told 5NEWS.

He is encouraging members of the NAACP not to respond to the photo.

"Don't respond negatively because that's not what we are all about."

Good said the owners of Lil' Dudes assured him that it was the patrons at the bar that night who voted for the costume contest winner, not the staff.

A resident in Fort Smith told 5NEWS the photo was disrespectful, and " that's Fort Smith not being very diverse."

Lil' Dude's Facebook page has been taken down following the controversy from the photo.