Contractor Says House Bill Could Be Risk To Others

FAYETTEVILLE (KFSM)– A local business owner said a bill going through the Arkansas legislature could be dangerous to others if it passes. The bill is Hous... 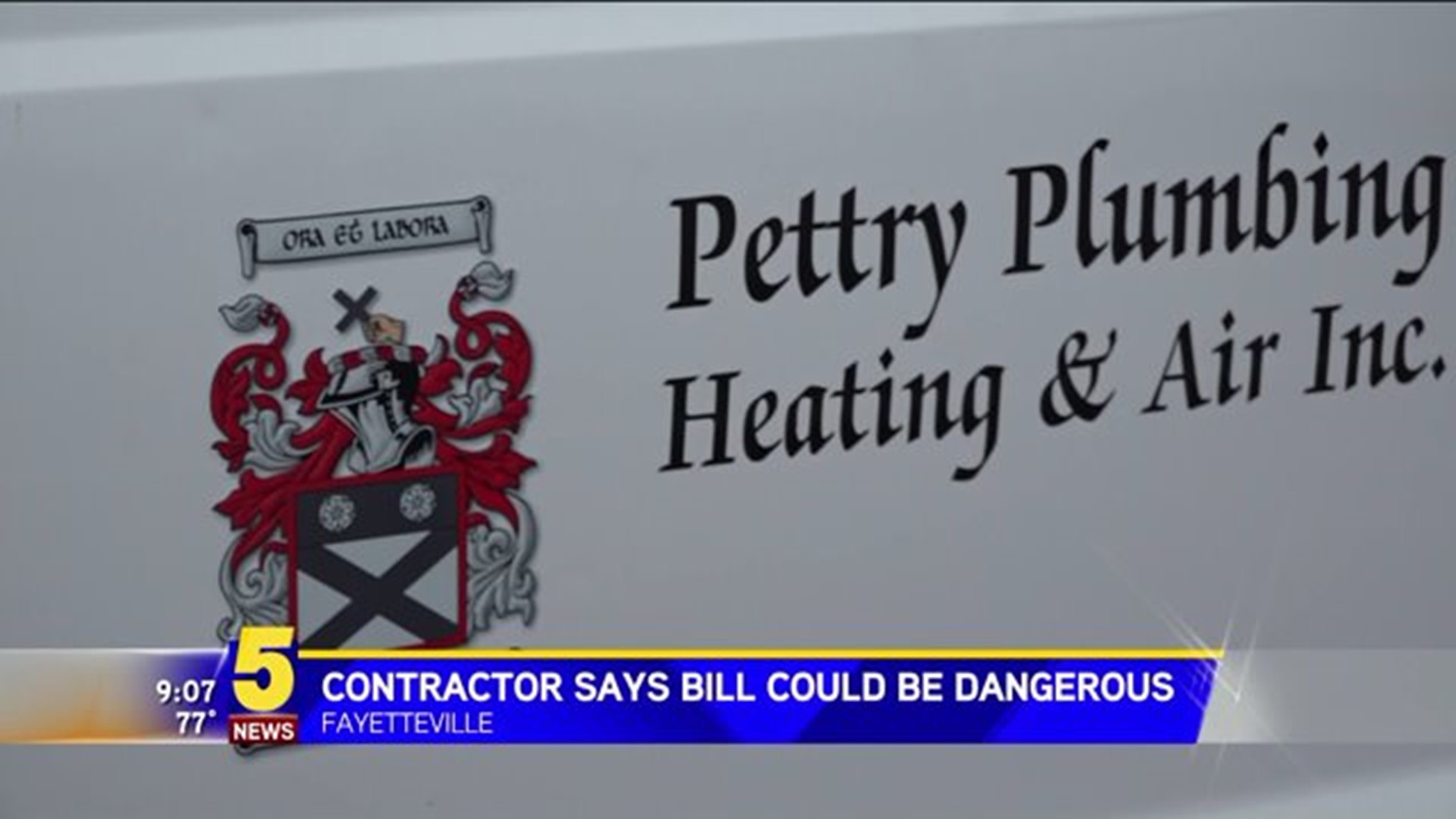 FAYETTEVILLE (KFSM)-- A local business owner said a bill going through the Arkansas legislature could be dangerous to others if it passes.

The bill is House Bill 1551 and was scheduled to go before the Public Health, Welfare and Labor Committee on Mar. 2.

The bill would allow people the opportunity to work in a lawful occupation without being required to comply with certain occupational regulations.

It does not specify which professions this would apply to.

Jesse Pettry owns Pettry Plumbing, Heating & Air and said this bill is too dangerous to pass.

He is worried that the bill would apply to pluming, electrical work as well as heating and air work.

Pettry said to do what he does requires years of studying and work.

He thought looking a making it easier to get certified would not be a bad idea but education is still a big part of the job.

“You could go out and say you wanted to be an electrician tomorrow," Pettry said. "Maybe you saw it done one time and you’ve got just enough knowledge to be able to be dangerous. Dangerous to yourself and others around you. So that’s the big concern about this.”

Pettry said he does not mind deregulation but said certain professions should keep the required certifications.

“We just have to be really careful," Pettry said. "You know electricians working on electrical can burn down a house like that. Its just that easy. I mean you put in a wire that’s not sized right or the wrong sized breaker and so it’s really just a big public safety concern.”

If the bill gets closer to passing, Pettry said he and others in his profession already plan on driving to the capital in Little Rock to show their disapproval for the proposed bill.

He hopes the bill simply does not pass or changes are made to it to make sure public safety when needing electrical work.