VAN BUREN, Ark. (KFSM) – Residents in the 2500 block of Willow Street in Van Buren were without water after a contractor installing communications fiber h... 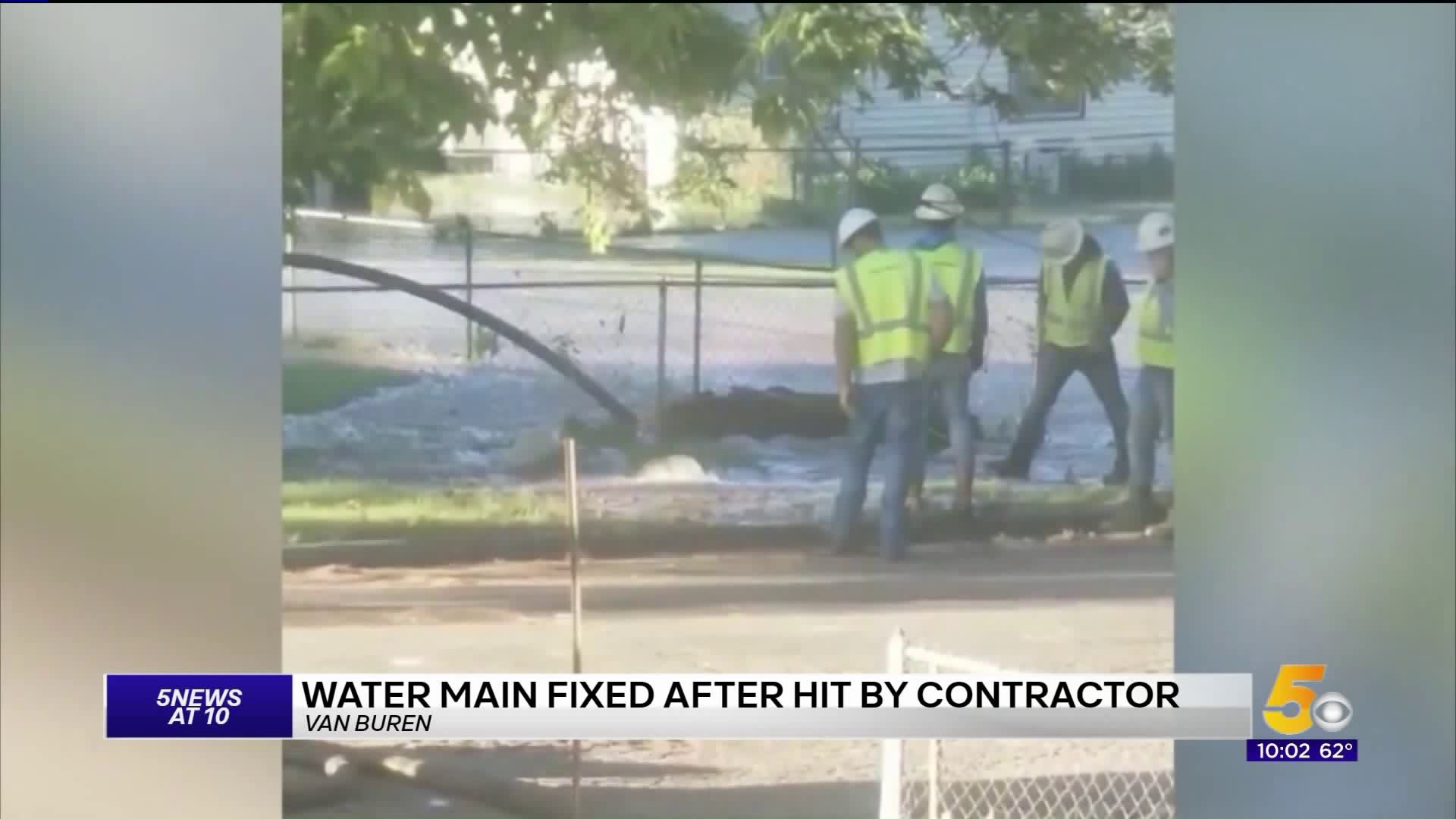 VAN BUREN, Ark. (KFSM) - Residents in the 2500 block of Willow Street in Van Buren were without water after a contractor installing communications fiber hit a water line on Tuesday (Oct. 8) morning.

Van Buren's director of utilities, Steve Dufresne, tells 5NEWS that roughly 10-15 homes experienced the outage for about 3 hours, while crews on the scene worked to quickly restore water to the area. A 5NEWS viewer tells us that water could be seen "spewing" from the ground for over an hour around 8:00 a.m. Tuesday (Oct. 8) morning.

The Van Buren Utility Department tells us that services were completely restored around 12:30 p.m. on Tuesday (Oct. 8) afternoon.

Residents along Willow Street were shocked by the sight today.

"There was water gushing out in this area over here just totally flooded a couple of these houses were really overtaken so there is definitely going to be some water damage," John Skelton said.

Neighbors say water filled the streets and yards until crews were able to fix the issue.

"There was quite a bit of water and it seemed to be 20 or 30 minutes before correct personnel showed up to help assist with it," Ben Ammons said.

Dufresne stated that utility crews did stay on site for an extended period of time to monitor the situation and ensure water services were up and running.

The Utility Department closed a section of Willow Street to traffic while repairs were being made.