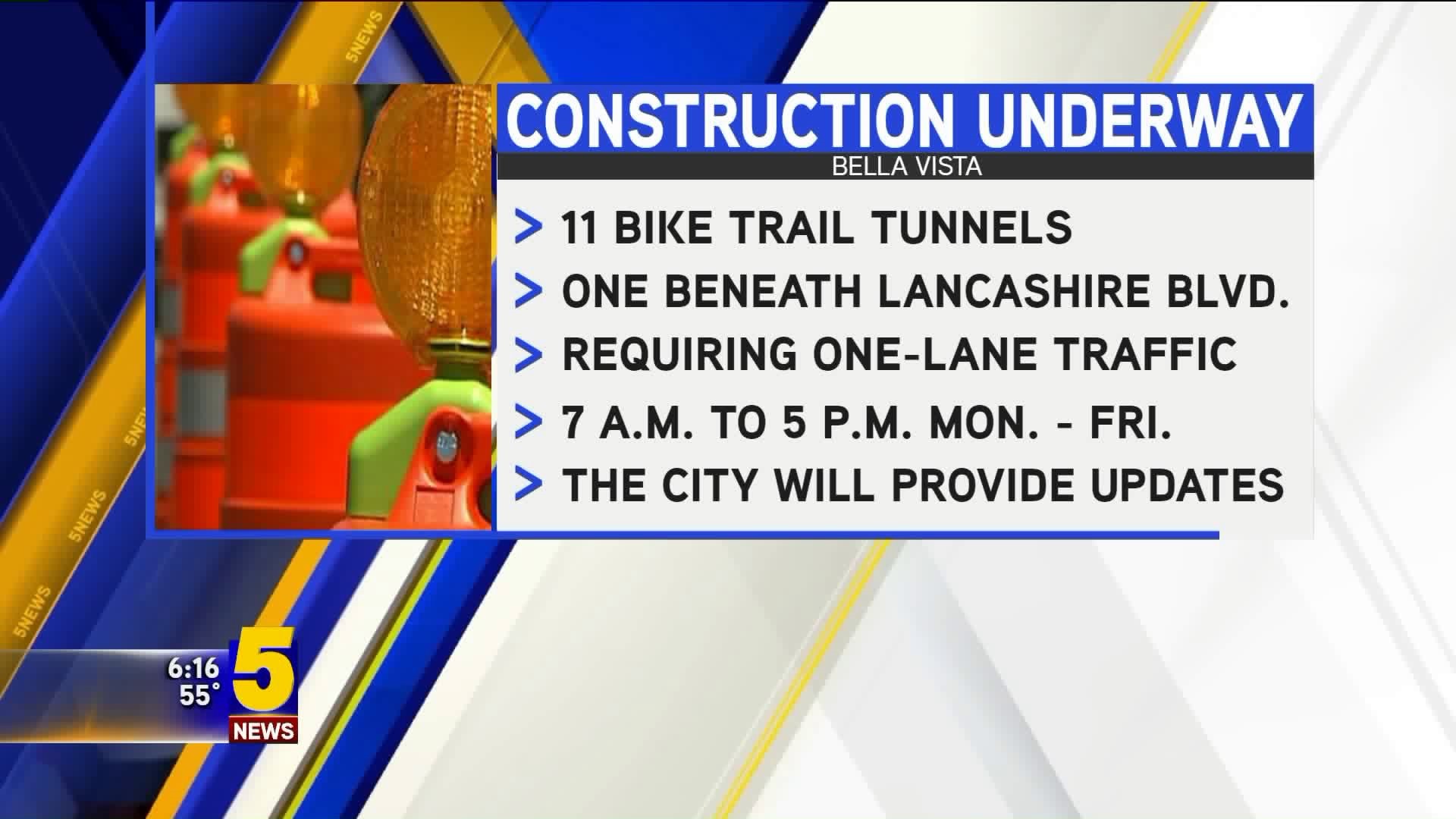 Nine tunnels will be built under major roadways to allow safer travel for those on bikes and foot on the 11 Under Trail system. Officials broke ground on the almost  50-mile trail system in September 2018, and so far about 20 miles of trail have been completed.

The first tunnel will be beneath Lancashire Blvd. between Nature Trail Lane and Cannock Drive.

Construction will require one-lane traffic which will be controlled by automated control devices, according to the city. Work should be expected from 7 a.m. to 5 p.m. Monday through Friday.

The trails system was named for 11 tunnel crossings, which include the nine to be built in the central part of the city, the existing overpass beneath Ark. Hwy. 71 at Pinion Creek Drive and one tunnel included in Arkansas Department of Transportation plans for future improvements to Ark. Hwy. 340 near East Chelsea Road.