ROGERS, Ark. (KFSM) — Some in Northwest Arkansas are upset with U.S. Sen. Tom Cotton, R.-Ark., over confusion about tickets to a speaking event Thursday (April ... 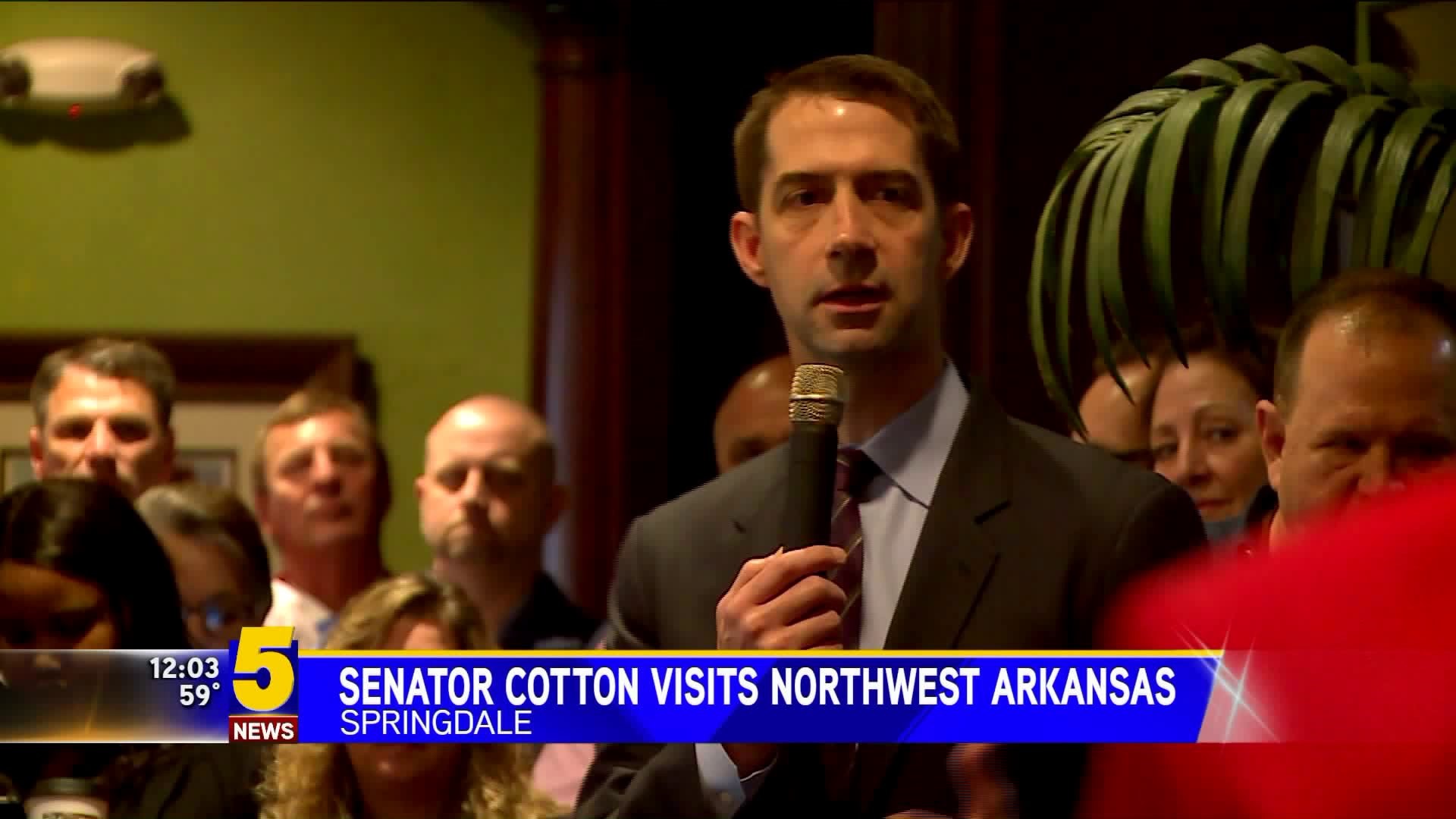 ROGERS, Ark. (KFSM) — Some in Northwest Arkansas are upset with U.S. Sen. Tom Cotton, R.-Ark., over confusion about tickets to a speaking event Thursday (April 25).

Cotton is the guest speaker this afternoon at a Benton County Republican Women event. The event is by ticket only, but some people say they are mad because they got confirmation they had a seat but then received an email saying they didn't have a seat after all.

According to Senator Cotton's press secretary, it's all been a misunderstanding. In a Facebook post, it was labeled as a "town hall," but there was frustration and push back when people realized that they would need a ticket for this event.

His press secretary says that it's not an official town hall, but it's an event with the Benton County Republican Women, and invitations are up to the group.

"The Benton County Republican Women offered me their venue and I'm their guest, so I'm going there to speak to them and the people they chose to give tickets to, obviously any venue would have some limitations to it but I look forward to the conversations with them and talking about some of the challenges some of the seniors face," Cotton said.

The event is scheduled for 2 p.m. Thursday (April 25) at the Embassy Suites in Rogers.