FAYETTEVILLE (KFSM) – – A little over 100 people are expected to be misplaced once the University of Arkansas closes a popular homeless campsite on ... 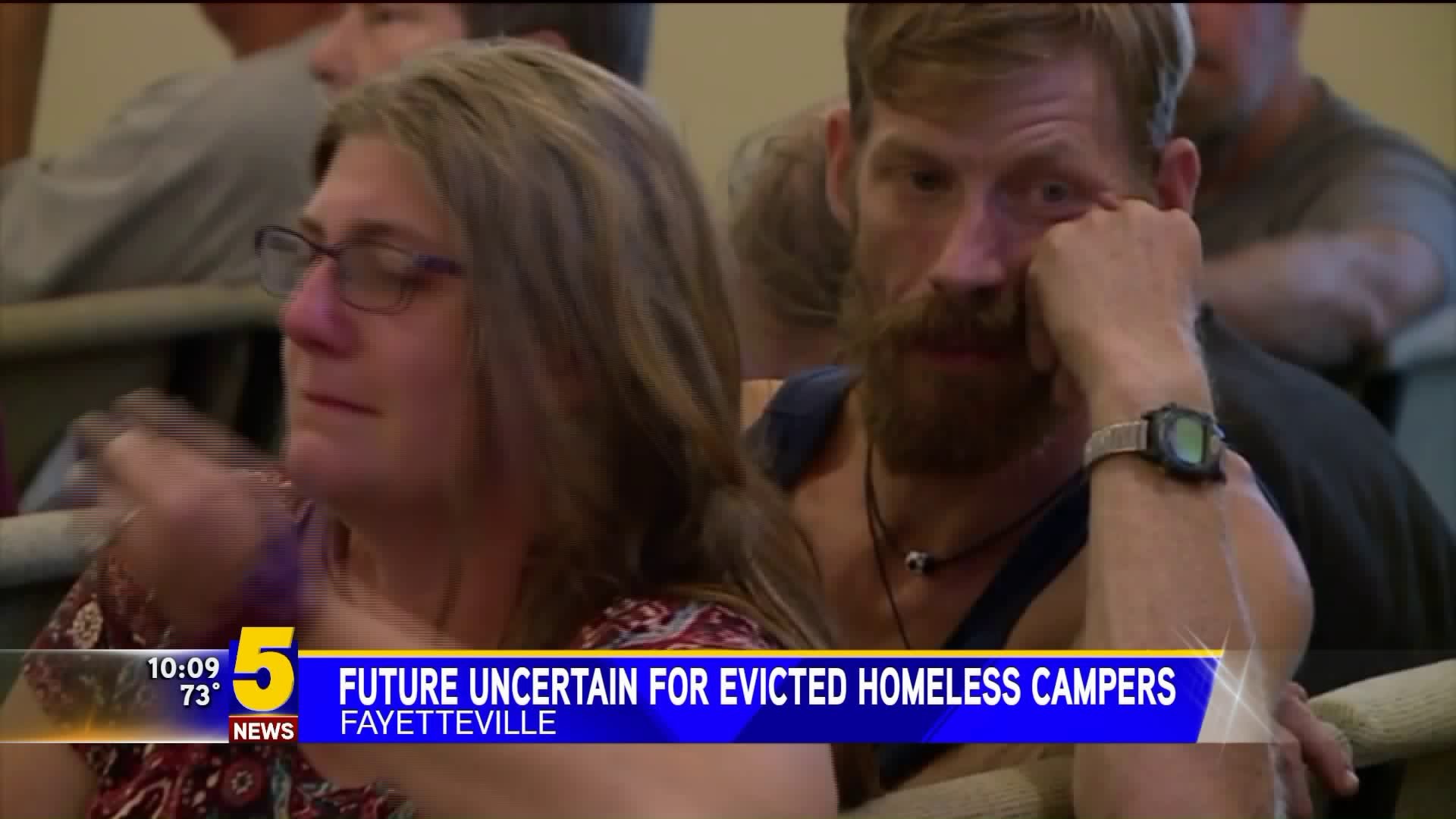 FAYETTEVILLE (KFSM) - - A little over 100 people are expected to be misplaced once the University of Arkansas closes a popular homeless campsite on School Ave and 19th.

One man argued it would be cost-effective and minimal upkeep for those living on a fixed income.

It’s a solution Aaron Slaughter, who has lived at the campsite on school Ave for nearly a year, has heard before.

“They have talked about putting like some small energy-efficient shelter up and then nothing ever came of it, and now they’re forcing us out.” said Slaughter.

Right now the Homeless Coalition counts that 1,066 people are homeless in Northwest Arkansas.

Another solution was to build an alliance with local landlords to house them as tenants. This is something Terry Michaels has been doing for about a year.

To ease landlords minds, the First United Presbyterian Church extended a $10,000 landlord incentive fund for damages to their properties if needed.

Overall, a second chance is what Slaughter is hoping the community will give them.

“Let us prove that we’re not a failure, we’re not a bad group, we can work just as hard as anybody else, we’re capable of holding down a job and a home.”