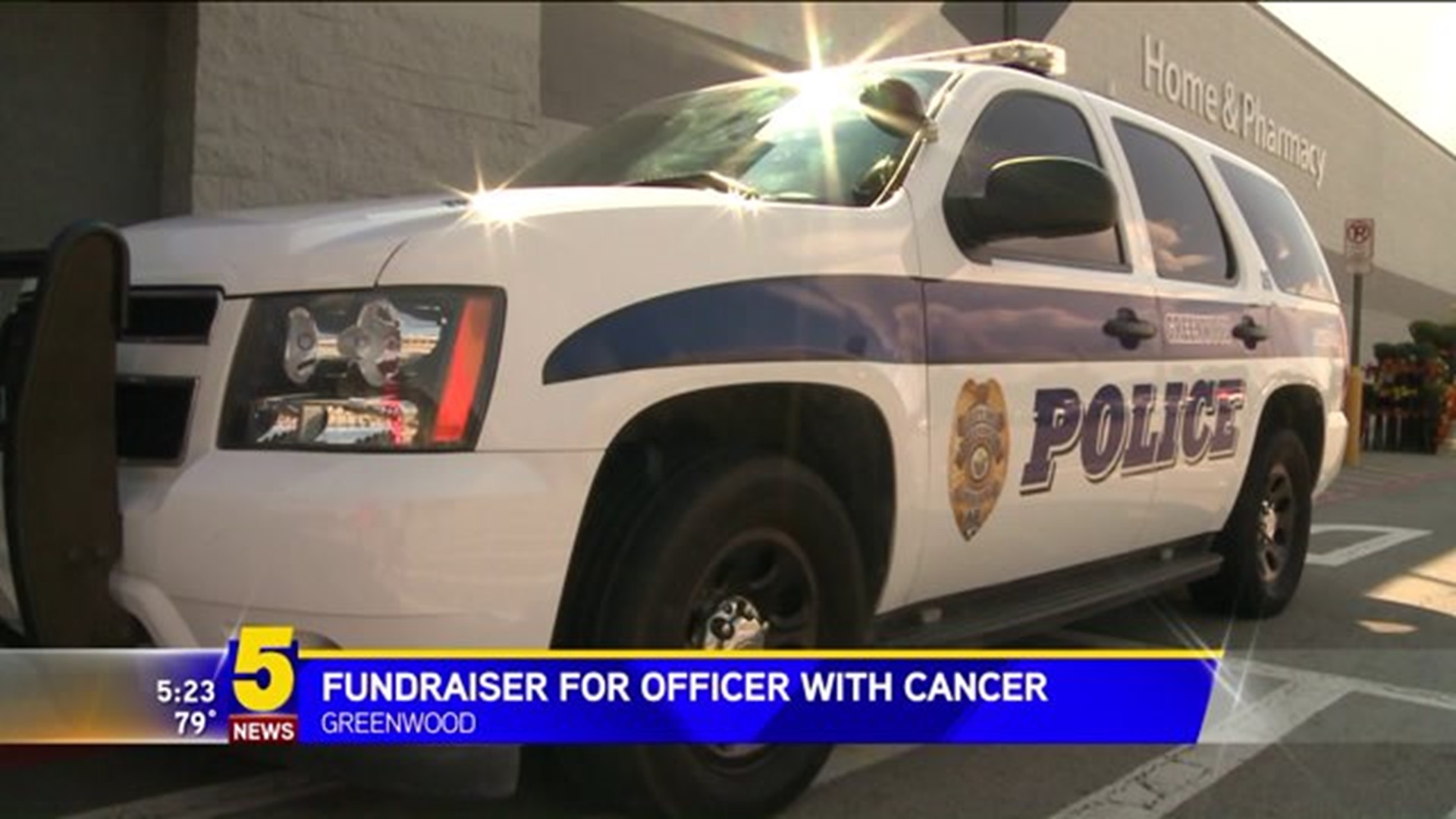 About two weeks ago, Officer Josh Mourton was diagnosed with colon cancer. Officer R.J.  Whitworth said Mourton had been feeling poorly for about four months, and he found out after getting blood work done.

The 34-year-old patrol officer has been with the Greenwood Police Department since 2012. Before that he was a deputy with the Scott County Sheriff’s Office.

“I met Officer Mourton when he first came to the Greenwood Police Department,” Brooke Whitworth said. “His wife and I became close friends then, so we've all just kind of come together.”

The Greenwood Police Department and the Sebastian County Sheriff’s Office are collecting donations at the Walmart in Greenwood on Liberty Drive. Volunteers are selling T-shirts, “Support the Blue” flags and decals to help raise money for Mourton’s medical bills.

“Being a police officer, it's not just somebody fighting alone. It's a brotherhood,” Officer Whitworth said. “[It’s] a thin blue line that we walk together, and we will be there for him to fight right beside him through the whole way.”

“The community has been so great in helping us, not with just donations, but also in prayer, and that is a big thing for that family,” Brooke Whitworth said.

The police department will be set up again Thursday at Walmart from 9 a.m. to 5 p.m.

On Friday they will be set up at the Greenwood versus Alma game. Saturday morning (Sept. 17) there will be a yard sale set up near the town square in Officer Mourton’s benefit, and starting at 1 p.m. there will be a Trap Shoot Tournament and pie auction happening at the Scott County Fairgrounds in Waldron.