FORT SMITH (KFSM)- Two local mosques are seeing an outpouring of support from the community after they were vandalized with spray paint. “I opened this [c... 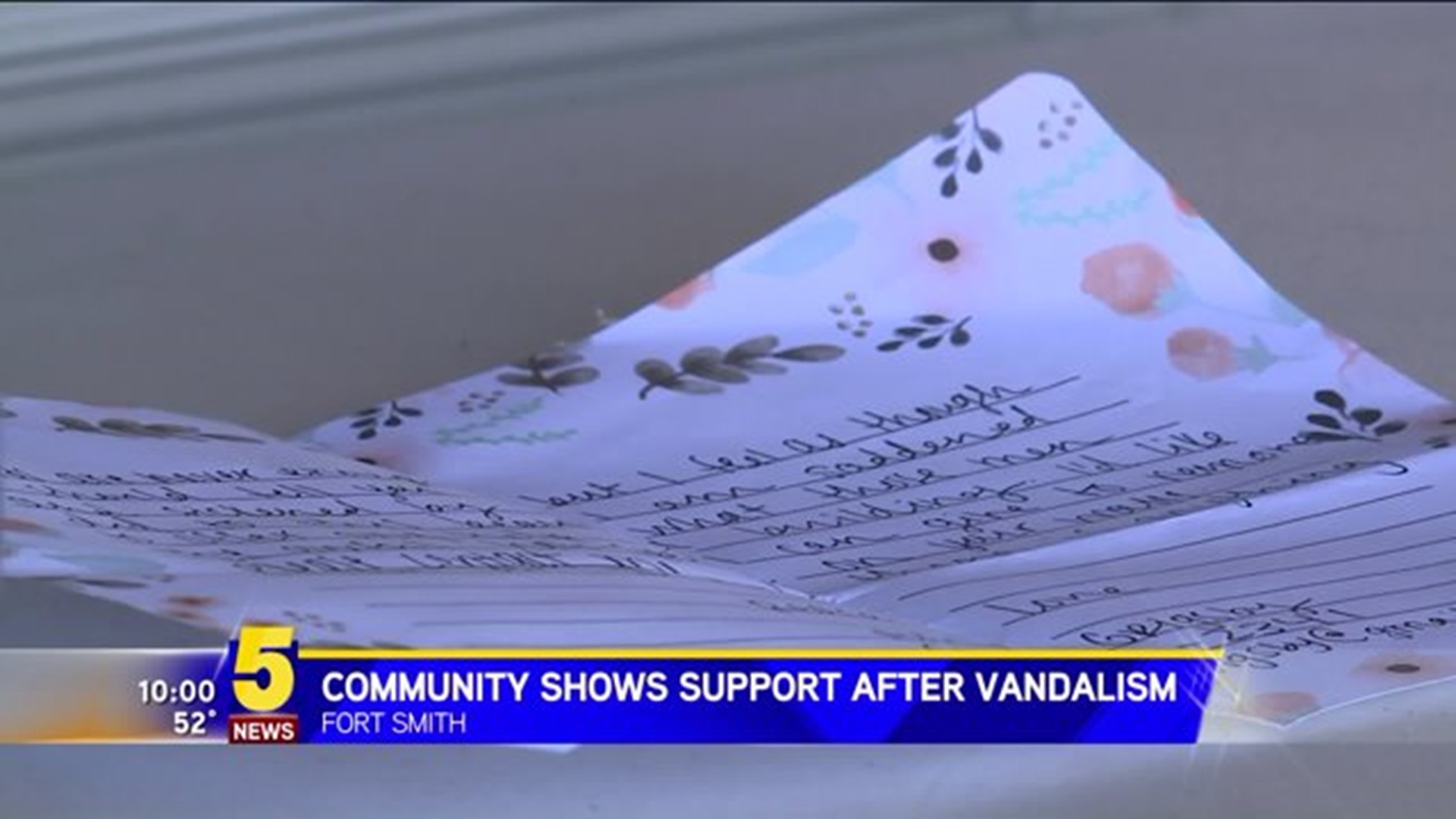 FORT SMITH (KFSM)- Two local mosques are seeing an outpouring of support from the community after they were
vandalized with spray paint
.

After hateful words were spray painted all over his place of worship, Yasin said the community has gone above and beyond to show their support.

"We have a lot of support of people we don't know," Yasin said. "They stop by here, they give the support to us. They offer to clean up, they offer donations, they sent flowers, they sent messages and emails."

The community showed that the suspected vandals don't represent the city.

"Our Quran said you may hate something that happened to you, but actually that's a good thing," Yasin said.

He even invites the suspects caught in this surveillance video to come to the mosque to learn about Islam.

Another mosque was also vandalized this week. The FBI is now involved in the investigation and police consider the cases connected.

If you have any information about either case, call the River Valley Crime Stoppers at 78-CRIME.