SPRINGDALE (KFSM) — The Immigrant Resource Center in Springdale held a news conference Tuesday (Sept. 5) to discuss its feelings about the DACA decision. ... 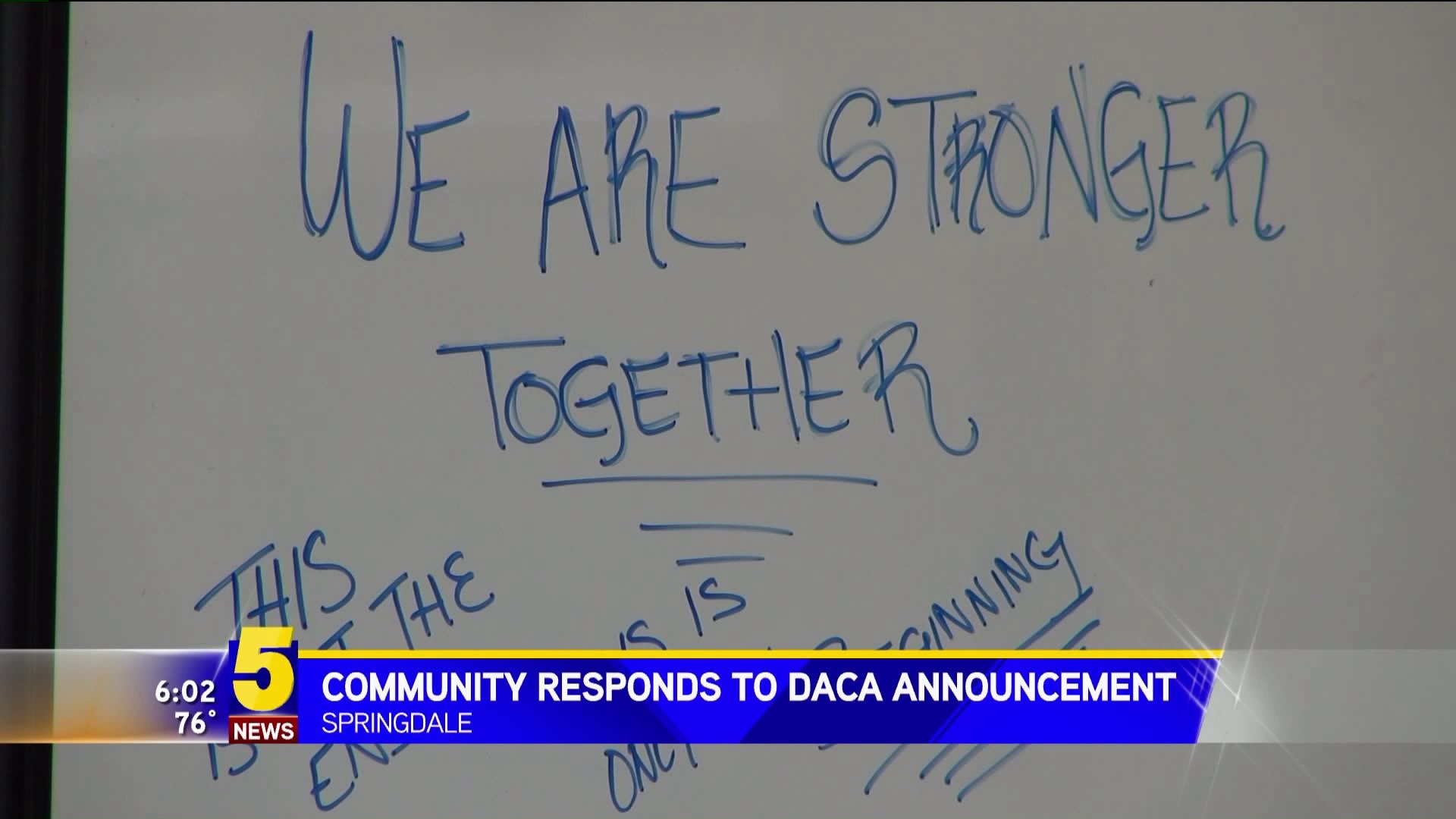 SPRINGDALE (KFSM) -- The Immigrant Resource Center in Springdale held a news conference Tuesday (Sept. 5) to discuss its feelings about the DACA decision.

DACA recipients and community members came together to show that they stand in solidarity after hearing a decision that impacts at least 10,000 Arkansans.

A DACA recipient who asked we not use her name said she's been living in the U.S. for 24 years since she was 3-years-old, coming with her family from Mexico.

“It was an amazing announcement back when we learned about DACA and to have someone come over and automatically tell us that they are going to take that away is very unfair and inconsiderate,” she said.

She said the program allowed here to have opportunities like a college degree and a good paying job.

“I was able to get a driver`s license and drive without fear...able to have a physical identity. You know DACA doesn't define us,” she said.

Frank Brlinga Medina was a DACA recipient for three years before becoming a legal resident, but before that he was living here undocumented after coming to the U.S. when he was six.

“I think what a lot of people see in some of these policies is that it's like a social service and it's not really a social service, people just want to be able to do for their own. Having done in the most legal of senses and still be able to provide for yourself,” he said.

He said they aren't asking for a handout, but an opportunity to be able to show their worth.

The Arkansas United Community Coalition is joining a hunger strike that starts Tuesday along with seven DACA beneficiaries from Arkansas who are currently at our nation's capital.