MOUNTAINBURG, Ark. (KFSM)—Just a year ago the small town of Mountainburg was torn through by a devastating tornado. The community gathered together Saturday (Ap... 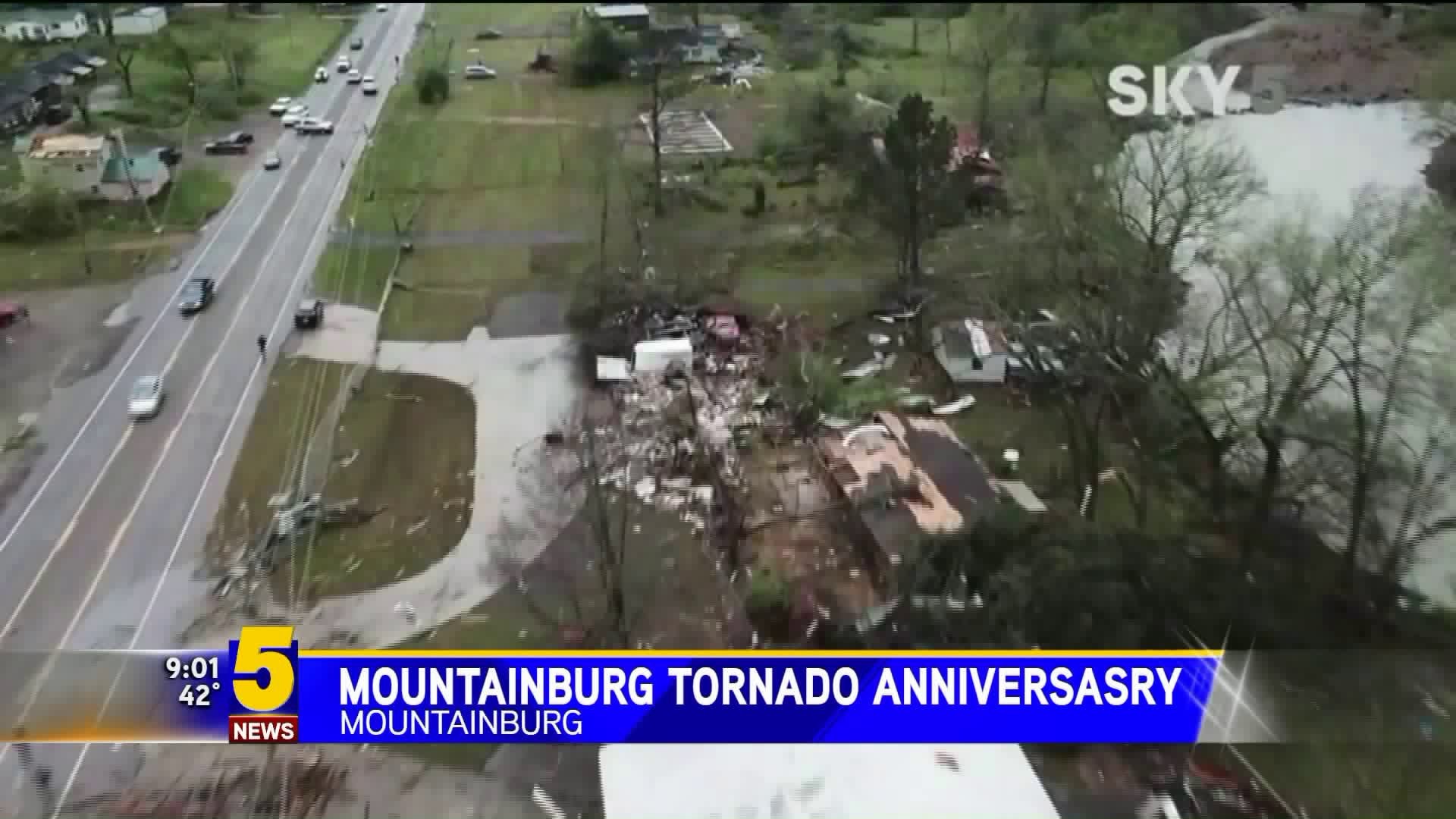 MOUNTAINBURG, Ark. (KFSM)—Just a year ago the small town of Mountainburg was torn through by a devastating tornado.

The community gathered together Saturday (April 13) to remember the tragedy and celebrate how they've been able to recover.

Hailey Overbey lives in Mountainburg and was at home when the EF-2  tornado came barreling through town. Overbey said she remembers the day vividly.

"It was really scary," she said. "I know that much. My little siblings were yelling asking 'Are we going to die?' I didn't know what to tell them. We had my animals outside and we didn't have time to get them in. My grandma called saying 'There's a tornado get in the shelter.'"

The storm had speeds reaching 120 mph and stretched over a half a mile wide according to the National Weather Service. It uprooted trees and tore through structures along its 11.5-mile path.

The last thing Overbey says she remembers when crouching down in her storm shelter with her family was her mother telling her to hold on to her siblings.

"We were all holding on and she said 'Don't let go,'" Overbey said. "One of the vents flew off and the door was rattling like 'Twister,' the movie."

On Saturday (April 13), Overbey and other community members who were affected by the tornado gathered at the Dinosaur Park to celebrate the town's strength and remember the day the storm blew through.

Mountainburg Mayor Susan Wilson said the town recently received a grant from Arkansas Parks and Tourism for $50,000 and additional funding from the city to go towards renovating their playground and fixing sidewalks.

"What our town is famous for is the Dinosaur Park so we just love it and we just wanted to be here together today," Wilson said.

Wilson said following the storm volunteers from all over the community came together to help each other. Wilson said she hopes the anniversary can be used to celebrate that.

"We just want to have a happy day for April 13th instead of the devastation that we suffered last year," Wilson said.

Overbey said the park dedication and the day of the storm are both just a reminder of how strong Mountainburg is.

"It was an eye-opening for everyone and it really brought our town together," Overbey said.