ARKANSAS (KFSM) — On Wednesday (May 15) community members from both Northwest Arkansas and the River Valley gathered together to honor fallen officers and pay t... 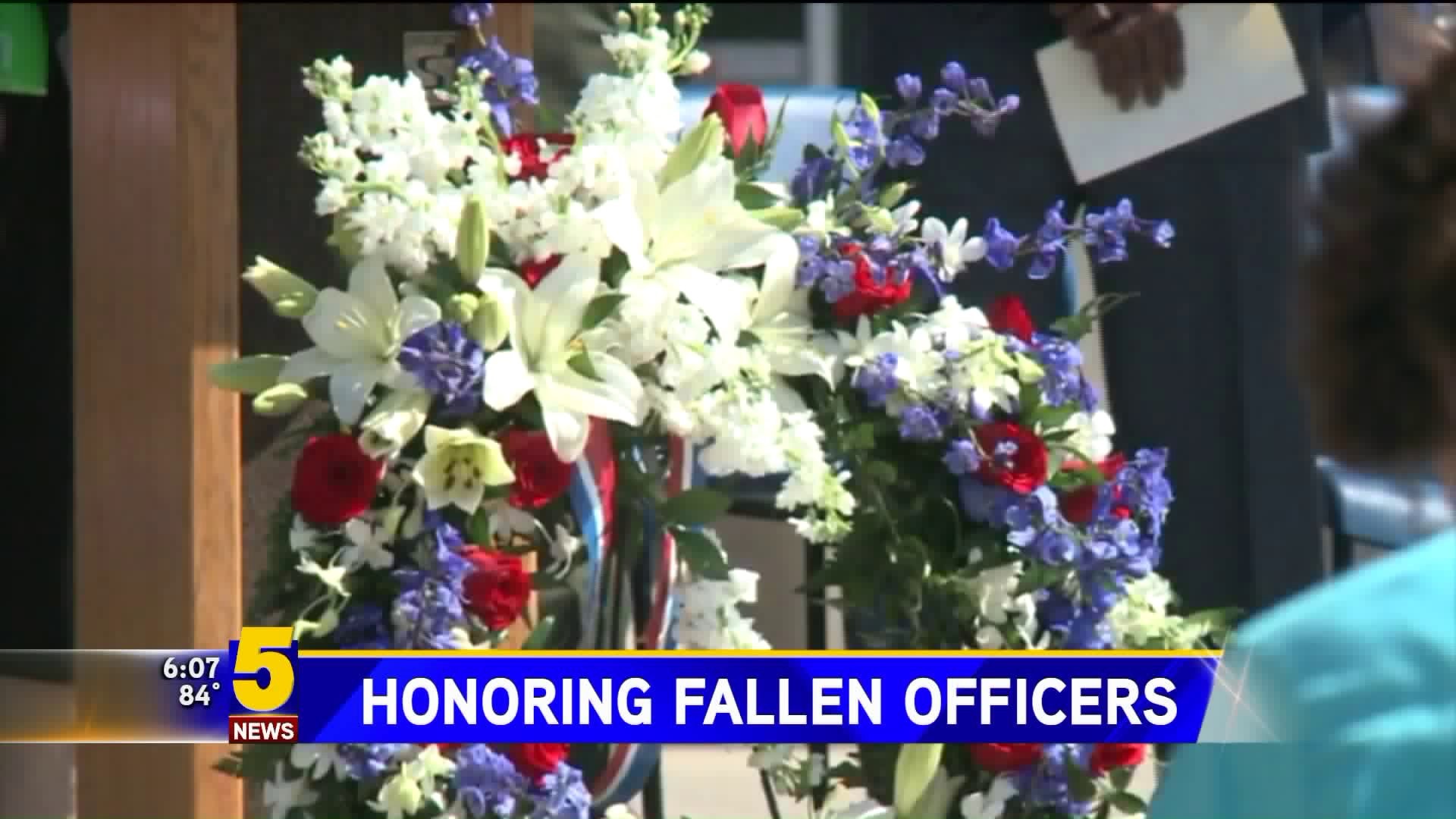 ARKANSAS (KFSM) — On Wednesday (May 15) community members from both Northwest Arkansas and the River Valley gathered together to honor fallen officers and pay tribute to those who died in the line of duty.

Almost 300 law enforcement officers have died protecting the communities in the Natural State.

"It’s our way to honor their sacrifice and remember them so that they are not forgotten," said Sebastian County Sheriff Hobe Runion.

"We honor all of our fallen but that was very recent that was a very traumatic experience because he was murdered so we do not want to forget his sacrifice and the kind of law enforcement officer that he was," Runion said.

Lieutenant Jeff Taylor with the Springdale Police Department says it's important to know as a law enforcement officer every day there is a potential for danger.

"When we make a traffic stop or when we go to a house, when we go somewhere we don’t know what we are walking into," Taylor said. "The potential is always there for something life-threatening to happen.”

Myrrah Mueller knows this all too well.

"You just have to pray and ask God to protect them," Mueller said.

In 2015, 5NEWS sat down with Mueller to remember her husband, West Fork Police Chief Paul Mueller who was shot and killed during a traffic stop on March 20, 1981.

"I had a scanner at the house so I listened to everything, so we listened to the whole thing on the scanner," Mueller said.

Mueller says even though it's been decades, a day doesn't pass without her thinking of her husband.

"I think of him every day, he was doing exactly what he wanted to do," Mueller said.

In Northwest Arkansas, flowers were given to loved ones as the name of each lost officer was called out.