YELL COUNTY, Ark. (KFSM) — A historic bridge north of Ola was destroyed on Thursday (Jan. 31) when a semi drove over it, causing the bridge to collapse. Two wee... 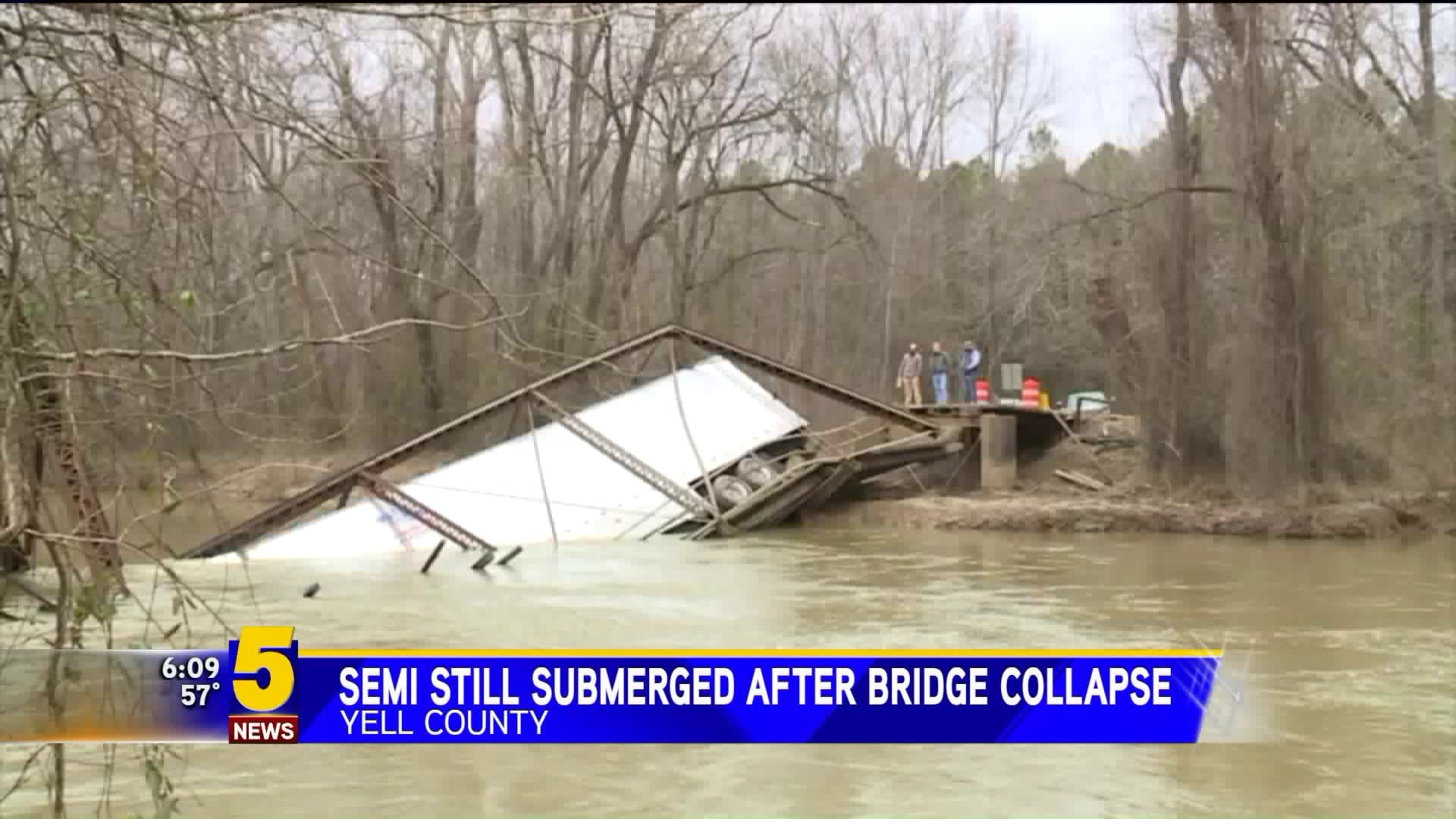 YELL COUNTY, Ark. (KFSM) — A historic bridge north of Ola was destroyed on Thursday (Jan. 31) when a semi drove over it, causing the bridge to collapse. Two weeks later, both the bridge and semi are still submerged in the Petit Jean River.

The driver of the 18-wheeler was not injured in the crash. The truck was carrying processed chickens that were still in the truck at the time of the accident.

Jeff Gilkey, the director of the Yell County Office of Emergency Management, told 5NEWS that the semi was still in the water because of weather conditions.

A road was built to help bring in equipment to extract parts of the collapsed bridge and semi from the river. The Yell County Office of Emergency Management had to obtain permits to get the road built, and they also received a 120-day permit to get the rest of the work done.

Crews were able to remove the processed chicken from inside the truck just a few days following the accident, Gilkey said.

Heavy rain in February caused the road to be flooded, putting the extraction project on hold.

Once the semi was emptied, and the rain picked up, the force of the water in the river pushed the collapsed bridge and semi downstream, leaving the wreckage out of reach.

A new road now has to be constructed, and a platform for a crane built to get the semi and bridge remains out.

There has been no date set for when the issue will be resolved.