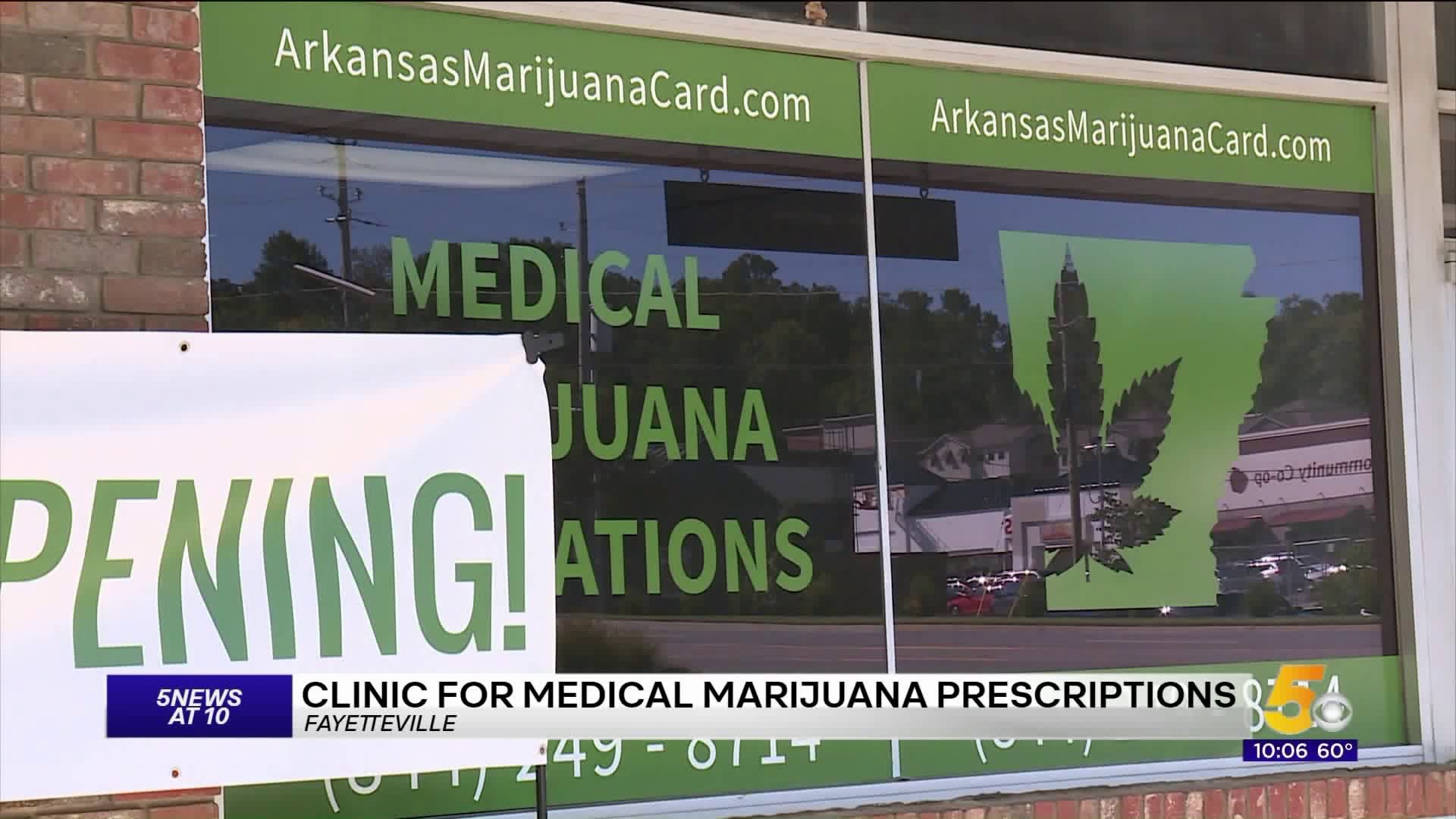 Arkansas Marijuana Card in Fayetteville is an organization that is dedicated to helping patients get their medical marijuana cards faster and more conveniently.

"We have doctors that are certified, knowledgable and compassionate to the cause and understand that traditionally, medicine does not work for everyone," said owner Connor Shore.

Shore says they have several clinics in Ohio and explained why they wanted to open one in the Natural State.

"We picked Fayetteville because we felt it was the most underserved community when it came to clinics like this," Shore said. "We found that Arkansas had a lot of patients but not that many clinics that specialize in this. There's plenty of doctors at their own private practice but we found that there was a demand for this type of clinic where people can go and know that they are going to get the type of doctor they are looking for."

Shore says the process is easy.

First, you book an appointment, then once you arrive and bring the proper paperwork, you meet with a doctor who will then review your documents and confirm if you have a qualifying condition.

The doctor then gives a signed recommendation that the patient needs to send to the state. The state then ships the card to you in five days.

The price for an evaluation is $240 for the entire year, which includes follow-ups. The clinic is open Monday through Friday, 9 a.m. to 5 p.m.

"We are here to help patients every step of the way," Shore said.

Medical marijuana patient Samantha Thompson says the more clinics there are, the better.

"Whatever is faster, hey let's do it," Thompson said.

Thompson received her card just last week but says her mom is still waiting on her own.

"Oh gosh, if she would have known that ahead of time she could have already had it, especially since she has two different forms of cancer. She needs that medicine more than anybody I know does," Thompson said.

The organization says it plans to open more clinics across the state. One in Fort Smith is expected to open in four to six weeks.