MOFFETT, Okla. (KFSM) — Students have now returned to Moffett School for the start of a new year, a day some doubted wouldn’t come after historic flooding... 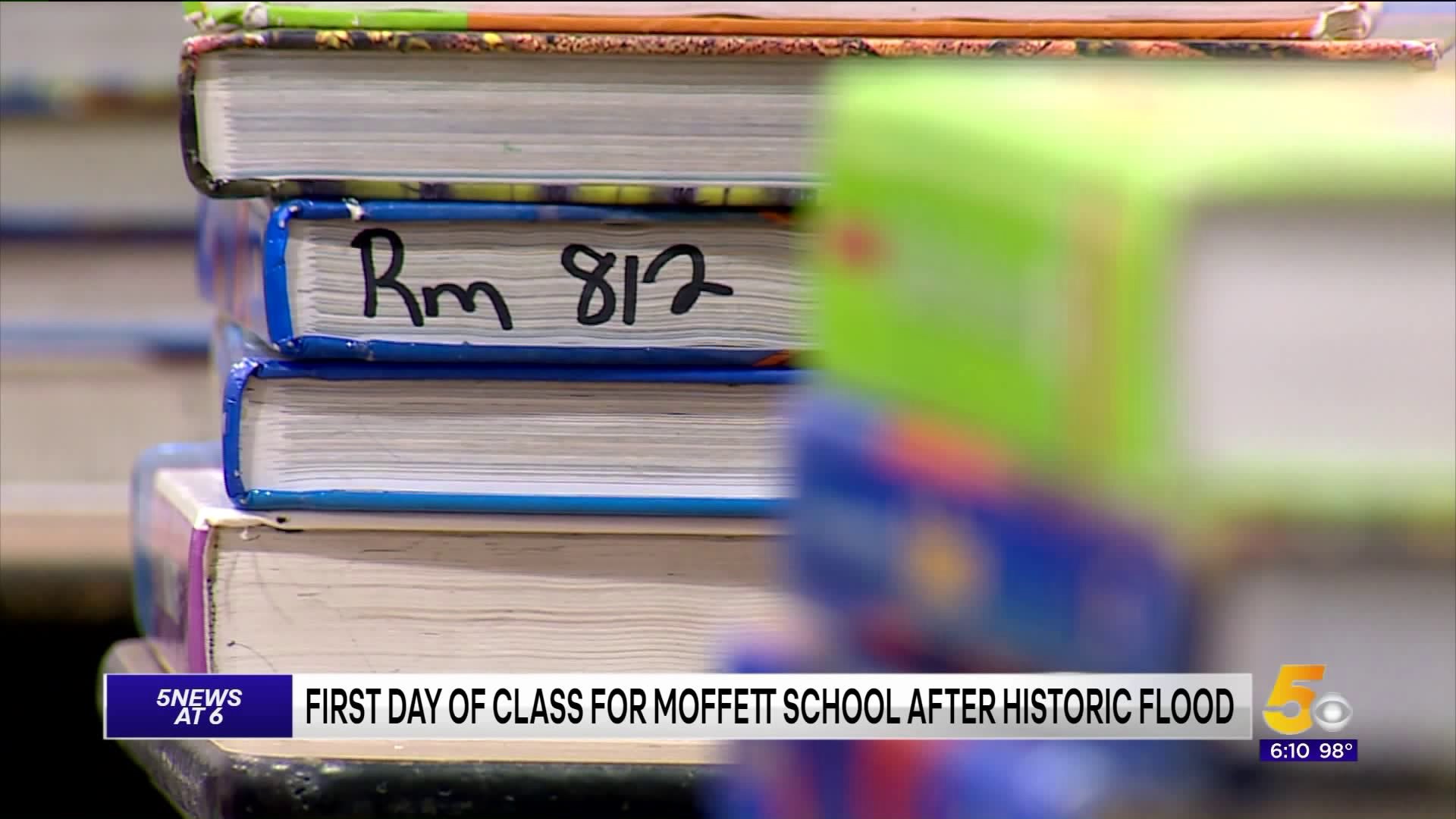 MOFFETT, Okla. (KFSM) — Students have now returned to Moffett School for the start of a new year, a day some doubted wouldn't come after historic flooding destroyed nearly everything inside.

“So many of them were worried that they would have to pick a different school and most of my kids have been here since they were three because I have the fifth through eighth graders, so they’ve been here their whole life," Moffett School teacher Stacey Beam said.

The initial plan was to house some grades in the school gym, but air conditioning problems meant adjustments had to be made.

While kids are doing their studies inside temporary classrooms, God’s Pit Crew is still working hard to rebuild the school.

“They’re getting paid absolutely nothing. It’s for God and they’re just absolutely wonderful. We couldn’t do it without them," Smith said.

Teachers typically have weeks to prepare their classrooms for the return of students, but this year they only had days.

With hard work and dedication, the kid's home away from home was ready for them to return.

"It was neat to see them come down the hallways or down the sidewalks and go, 'oh my gosh it’s so pretty, it’s so clean, I can’t believe you pulled this off' and we’re like 'I can believe we pulled it off'," Beam said.

School officials estimate kids will be out of the temporary classrooms in about two weeks.

God’s Pit Crew is still in need of volunteers along with donations. The non-profit is spending over $250,000 on the Moffett School rebuild.

Click here for more information on how you can help.