FORT SMITH (KFSM) — An early morning round of rain on Friday (July 28) damaged many classrooms and equipment at Southside High School. According to Souths... 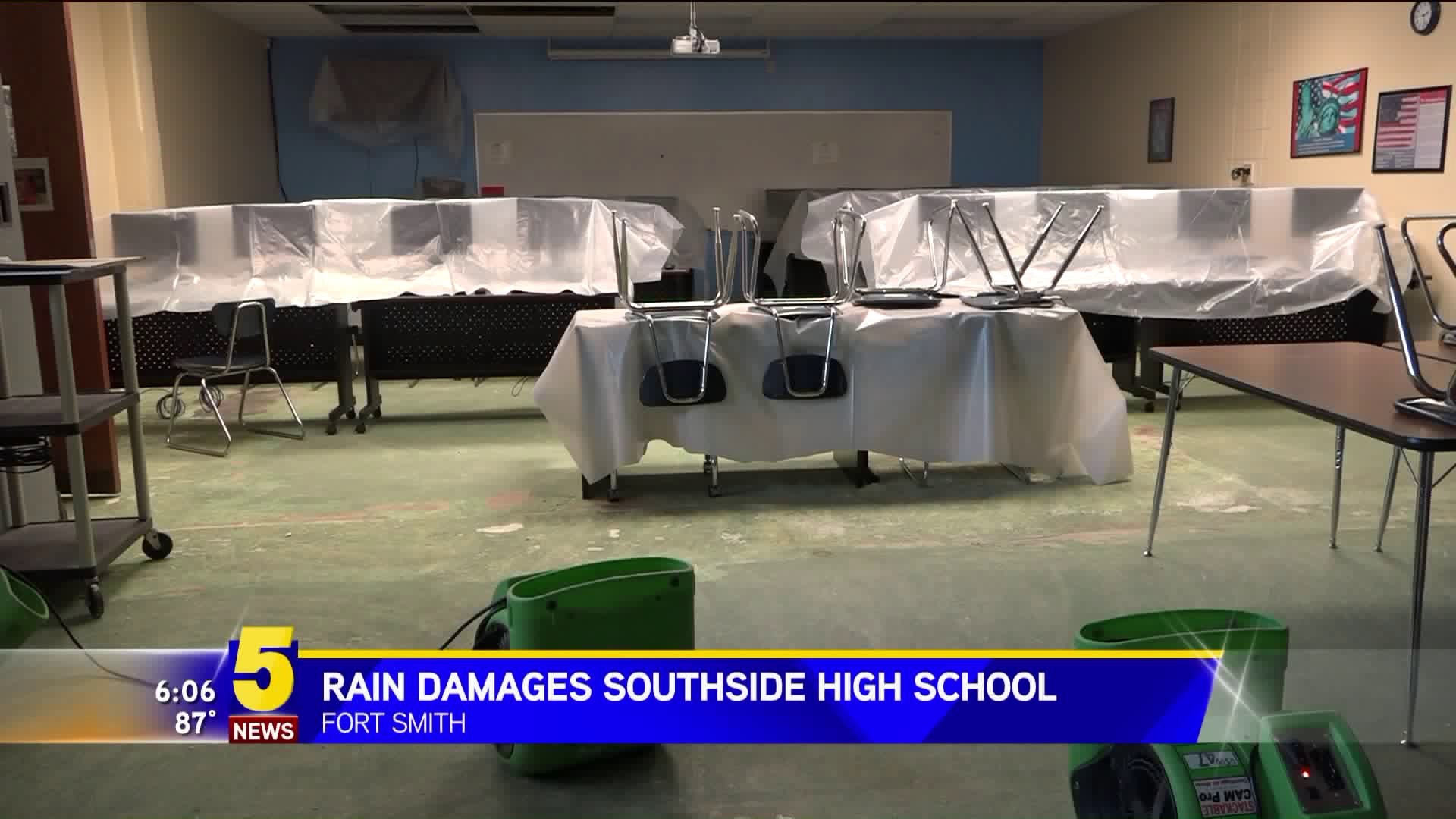 FORT SMITH (KFSM) -- An early morning round of rain on Friday (July 28) damaged many classrooms and equipment at Southside High School.

According to Southside High School leaders, Crawford Construction is replacing the entire roof that has had issues for many years.

Ventilation tubes with air flow are running through the building to keep humidity at bay.

School Leaders said crews have ripped up carpet and replaced tiles due to the damage.

They said more than 20 rooms were damaged along with some books, computer and furniture.

School leaders also said the roofing project was insured and they are trying to gather the dollar amount of damage.

"The district and Crawford are working together to ensure we can get class started at Southside by Aug. 15," Marshall said.

School leaders are working on finding replacement rooms for some classes if they are not all ready by the first day of school.