CLARKSVILLE, Ark. (KFSM) — During a soccer game on Saturday (March 9) a strong gust of wind sent a stadium light pole crashing onto the field, sending a referee... 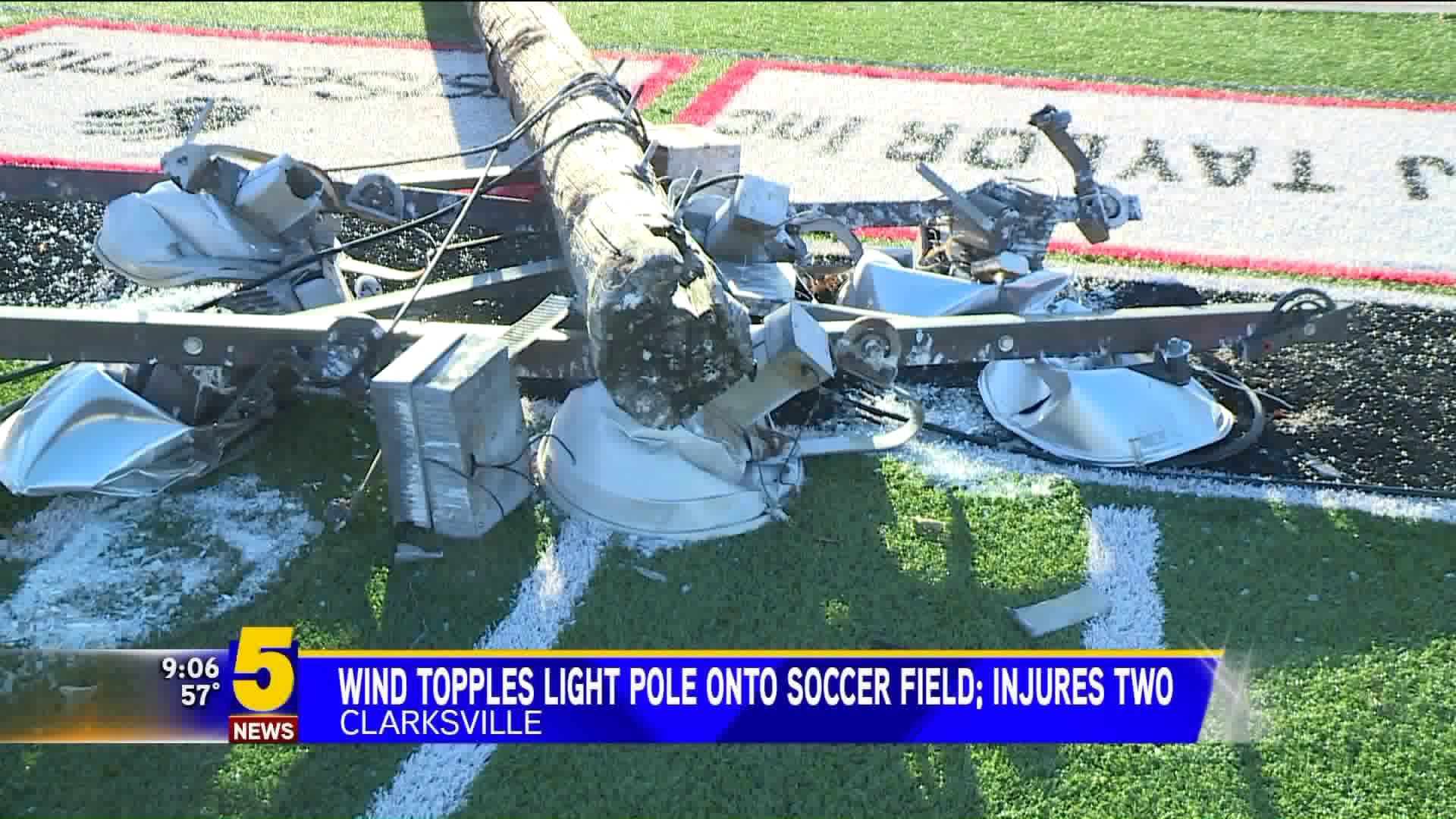 CLARKSVILLE, Ark. (KFSM) — During a soccer game on Saturday (March 9) a strong gust of wind sent a stadium light pole crashing onto the field, sending a referee and students to the hospital.

The referee was pinned underneath the pole and now has a broken leg. The event was taking place at Clarksville High School, and Mena and Dardanelle teams were on the field at the time.

Parents, coaches and fans rushed the field trying to see who was hurt.

"I heard the glass shattering and that's when the glass blew right around where I was," said Mena soccer player Camden Broderson.

Broderson says he had glass in his eye but he ran to help the referee who was pinned under the pole.

"He was face down at the moment. He was kind of screaming but I heard he was calmed down when he got to the ambulance. I kind of pulled the bar off of him and that's when everybody started crowding up," Broderson.

"My head was swollen pretty bad. My hands got tore up. I had seven stitches in my knee," Davis said.

Parents and players say the field was quickly evacuated and shut down as the wind continued to shake other light poles.

"I did get lucky. It was by the grace of God that I was able to move out of the way," Davis said.