WINSLOW, Ark. (KFSM) — The recent flash flooding not only destroyed bridges in Washington County, but it also damaged the City of Winslow’s ballpark where... 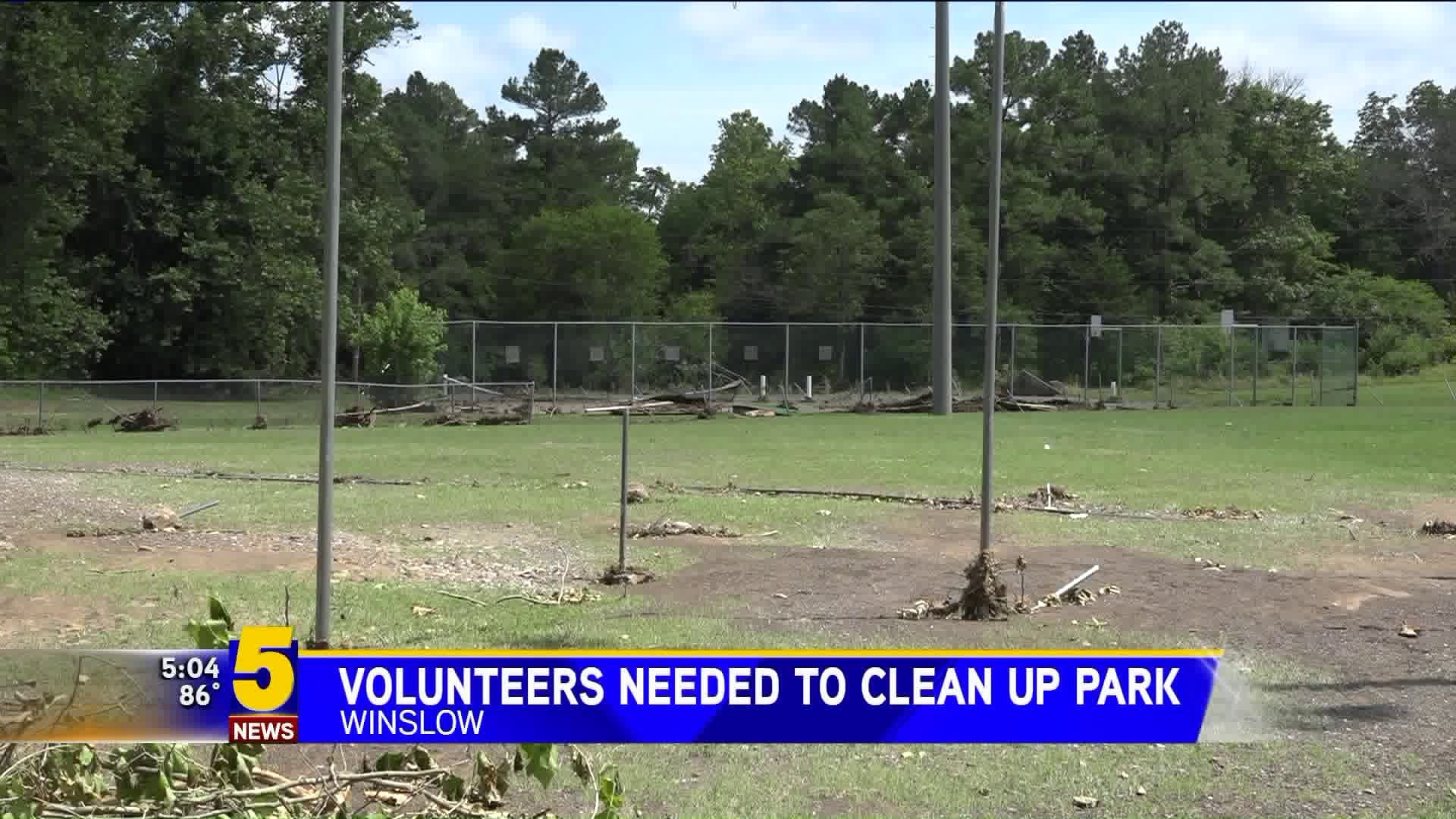 WINSLOW, Ark. (KFSM) — The recent flash flooding not only destroyed bridges in Washington County, but it also damaged the City of Winslow's ballpark where they have their annual Fourth of July celebration.

“The damage really devastated the park. It took out most of our fencing. It took out everything inside our concession stand was ruined,” Winslow Mayor Charles Dwyer said.

Mayor Dwyer said there were about two feet of water inside the concession stand and most of the playground is gone.

That’s why the city is hosting a big cleanup this Saturday (June 29) and asking volunteers to come out and help, so they will be able to hold one of the city’s biggest events.

“One of the fences of the tennis court is still standing," Dwyer said. "The other was completely knocked down. The pedestrian bridge was kind of washed out, so we are having to fix that too."

Joe Swall will be out at the park for the big cleanup. He said with the attitude of everyone in Winslow, he thinks they will get all the work done in one day.

Mayor Dwyer will be cooking lunch for all those who come out to volunteer and he thinks there will be a big turnout.

“It's important for people to know that Winslow is very very small but strong-knit community," Dwyer said. "We have all walks of life in Winslow, but everybody respects and loves and respects and it's just an amazing place to live."

The cleanup will be at the ballpark starting at 8 a.m. on Saturday (June 29). Everyone is invited to come out and help.

They ask that volunteers bring cleaning supplies, shovels, chain saws, rakes and gloves. They also ask that you sign in when you get to the park.