VAN BUREN ( KFSM) — The city of Van Buren is currently looking at a plan to build bike trails around the city. An outside organization, Metropolitan Plann... 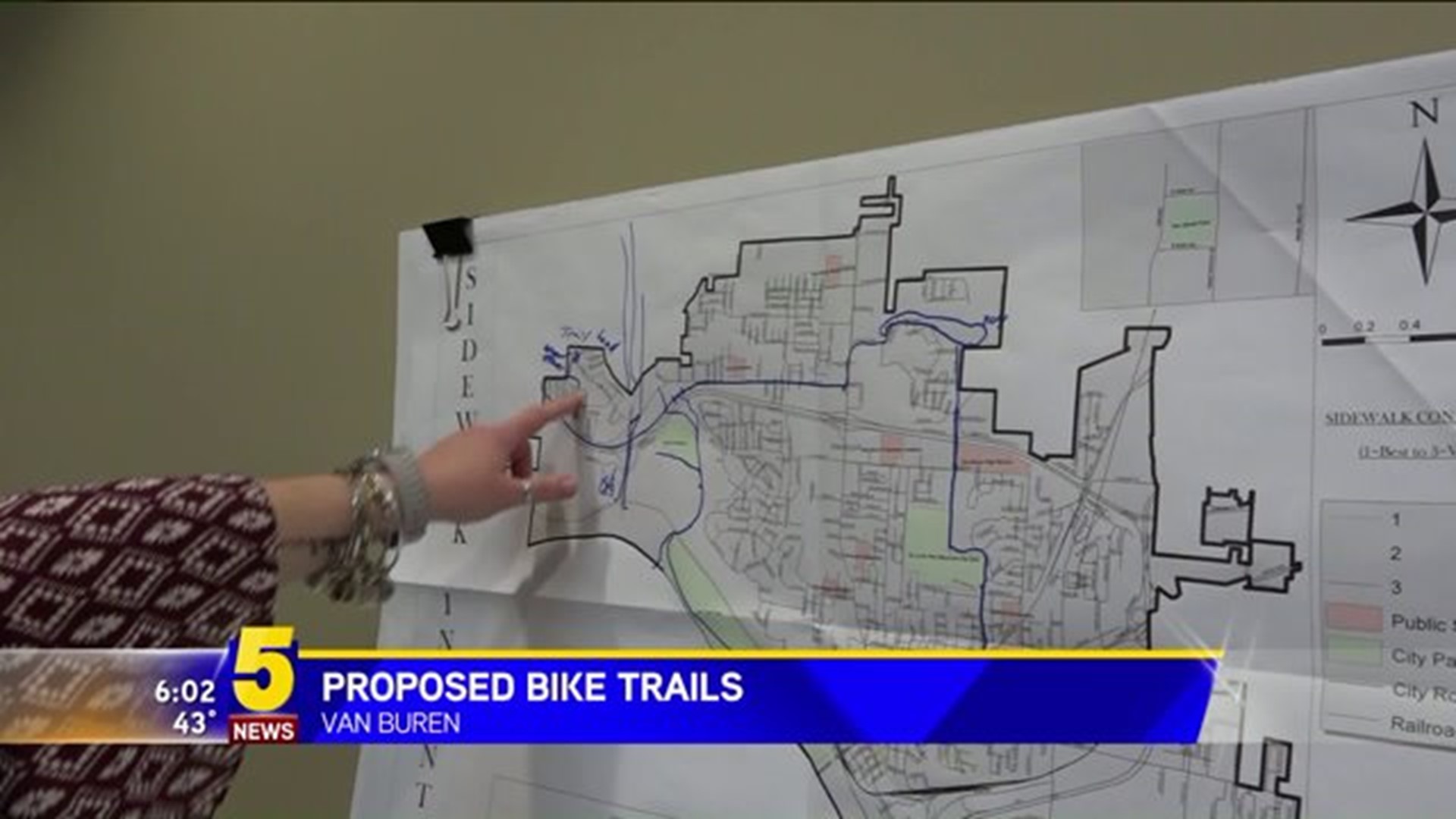 VAN BUREN ( KFSM) -- The city of Van Buren is currently looking at a plan to build bike trails around the city.

An outside organization, Metropolitan Planning Organization is helping the city by putting together a planned map of the bike trails.

The M.P.O., in addition to the city of Van Buren has held a couple of meetings to get the public's input on where they would like to see the bike trails to be built.

So far, the map shows most resident who have attended the meetings want the trails to be built around the outer edge of the city and a possible trail going over the Midland Avenue Bridge in order to connect with the city of Fort Smith.

"It would be to have a bicycle and pedestrian facility off the sides of the bridge," M.P.O Director Dianne Morrison said.

Organizers plan to have a map for the bike trails ready by the end of the year.

"Once a plan is complete and you see where they want everything to go then they look at grants," she said.