GREENWOOD, Ark. (KFSM) — The City of Greenwood is introducing their new trash service thanks to a partnership with Central Arkansas Recycling & Disposal Ser... 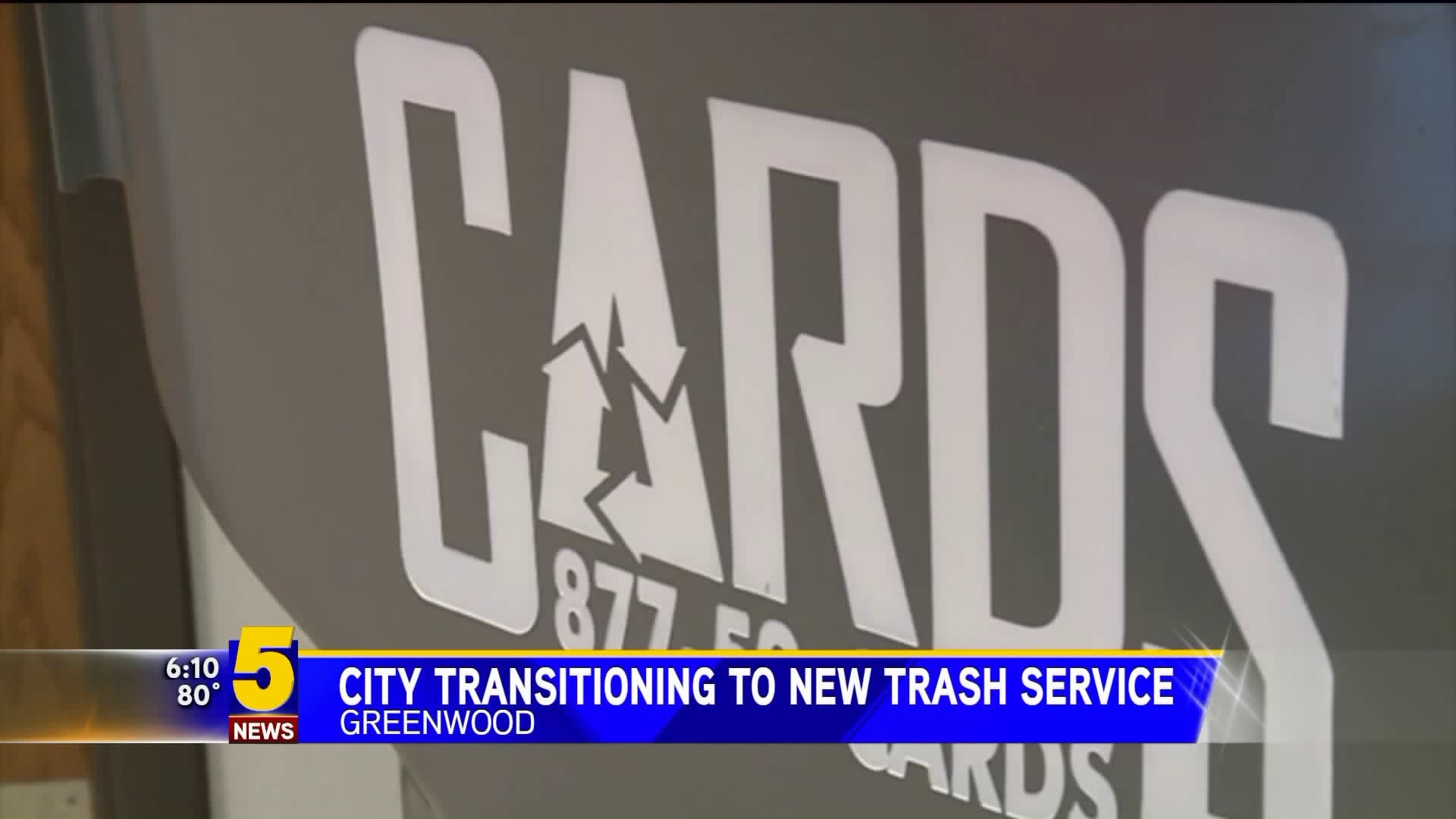 GREENWOOD, Ark. (KFSM) — The City of Greenwood is introducing their new trash service thanks to a partnership with Central Arkansas Recycling & Disposal Services.

Greenwood is doing away with the old curbside bag process and instead opted to give the residents new 96-gallon trash cars that feature wheels. If you need an additional trash cart, you can contact 'cards' directly and will be charged another fee just shy of $5 a month.

"We found ourselves in a situation just a couple months ago, needing to change services just a little bit. We were not really satisfied with the service we were getting from our previous vendor, so we put our sanitation project out for bid, I think we had four vendors bid on it and cards was the ultimate winner on that bid,"  said Doug Kinslow, Mayor of Greenwood.

Kinslow says the new company is doing a great job, but there are always some kinks to work out and move through.

The transition will also leave behind curbside recycling. Moving forward, residents will have to bring their recyclables to the recycling center located at 104 Bell Road. Because of this change, the center has extended its hours to accommodate residents. Those hours are as follows:

The pick-up schedule in each section of Greenwood will remain on the same day as it was with the old service.