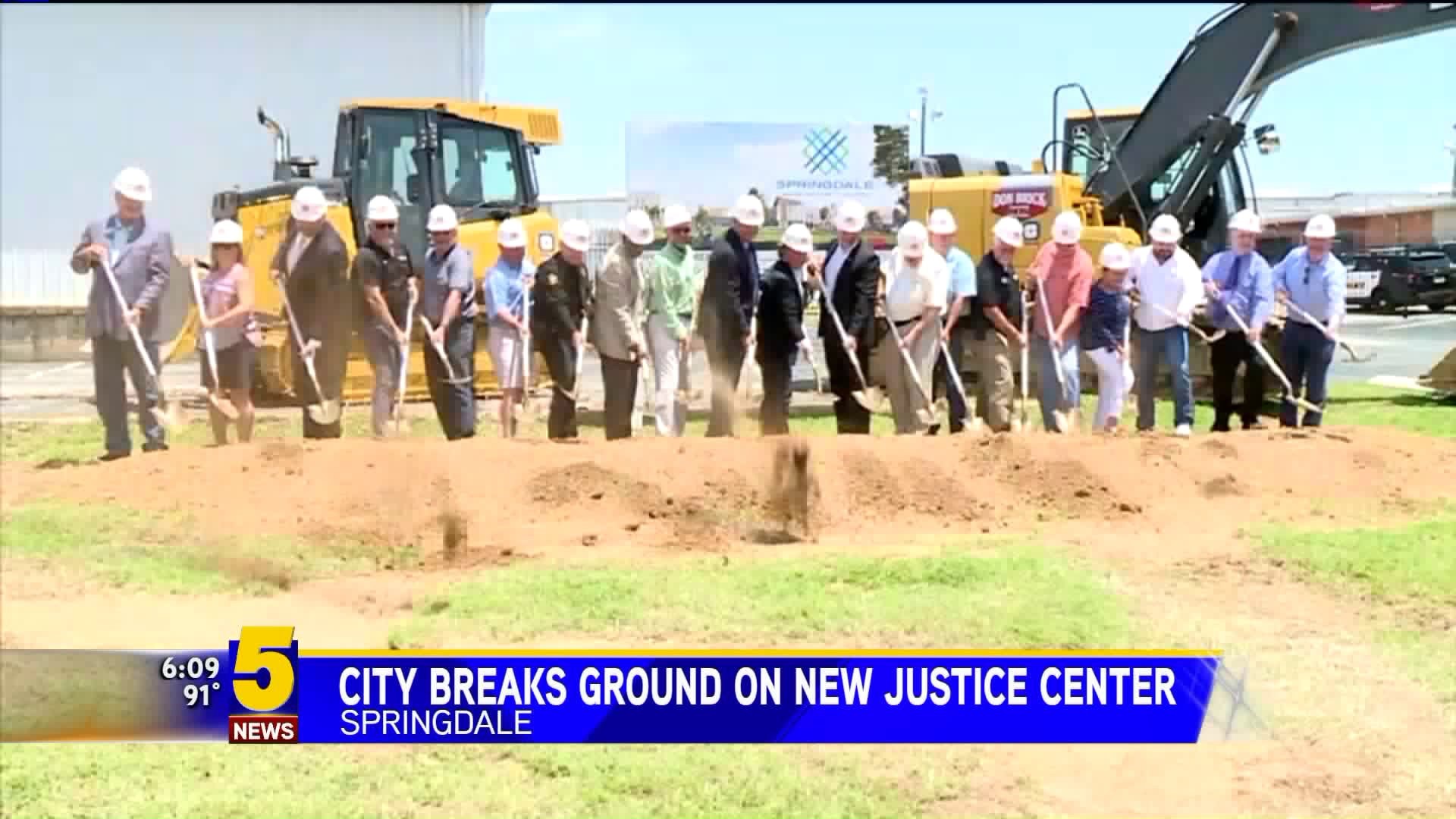 SPRINGDALE, Ark. (KFSM) — Today Springdale celebrated the groundbreaking of a long-awaited expansion.
The city will add a 125,000 square foot criminal justice complex which will house the police department, district court and city attorney. They will also remodel their city hall.
“This is big in so many ways for the city of Springdale, the people of Springdale. Ya know we’re in a building that was built when we were half the size we are now. Our police department is beyond capacity where they are now,” said Springdale Mayor Doug Sprouse.
The project will take one and a half to two years to complete and cost about $40 million.
“This is huge for public safety, this is huge for our employees to be able to be more efficient, to be a more efficient organization and for our residents," Sprouse said. "Who, for whatever reason, need to come downtown to visit city hall. We’re gonna be more of a one-stop location rather than being spread out all over buildings downtown."
It’s a part of a 2018 bond issue that Springdale residents passed with 80% approval. They also received the “Design Excellence” Grant, which will grant them $3 million.
Springdale officials chose Duvall Decker architects from Jackson, Mississippi for the job.
Roy Decker, the architect, is passionate about making it a “Springdale building” and including community members to his design team.
“The city, the staff and the members of the administration, members of the police department and the council have all been a part of this project," Decker said. "We led it but it was really a joint effort. We maybe crafted it, but it really is their building. Everybody designed this project. This is a Springdale building."
The project will be separated into two phases.
Phase one will involve demolishing an older structure nearby and part of City Hall in order to remodel. Phase two will be the renovation of city hall.
The mayor said it was important to him to keep this building in Downtown Springdale to add to the area’s revitalization.