SPRINGDALE (KFSM) — Fireworks lit up the sky at the annual Fourth of July show at Arvest Ballpark. Crews worked all day to set up the show for families to... 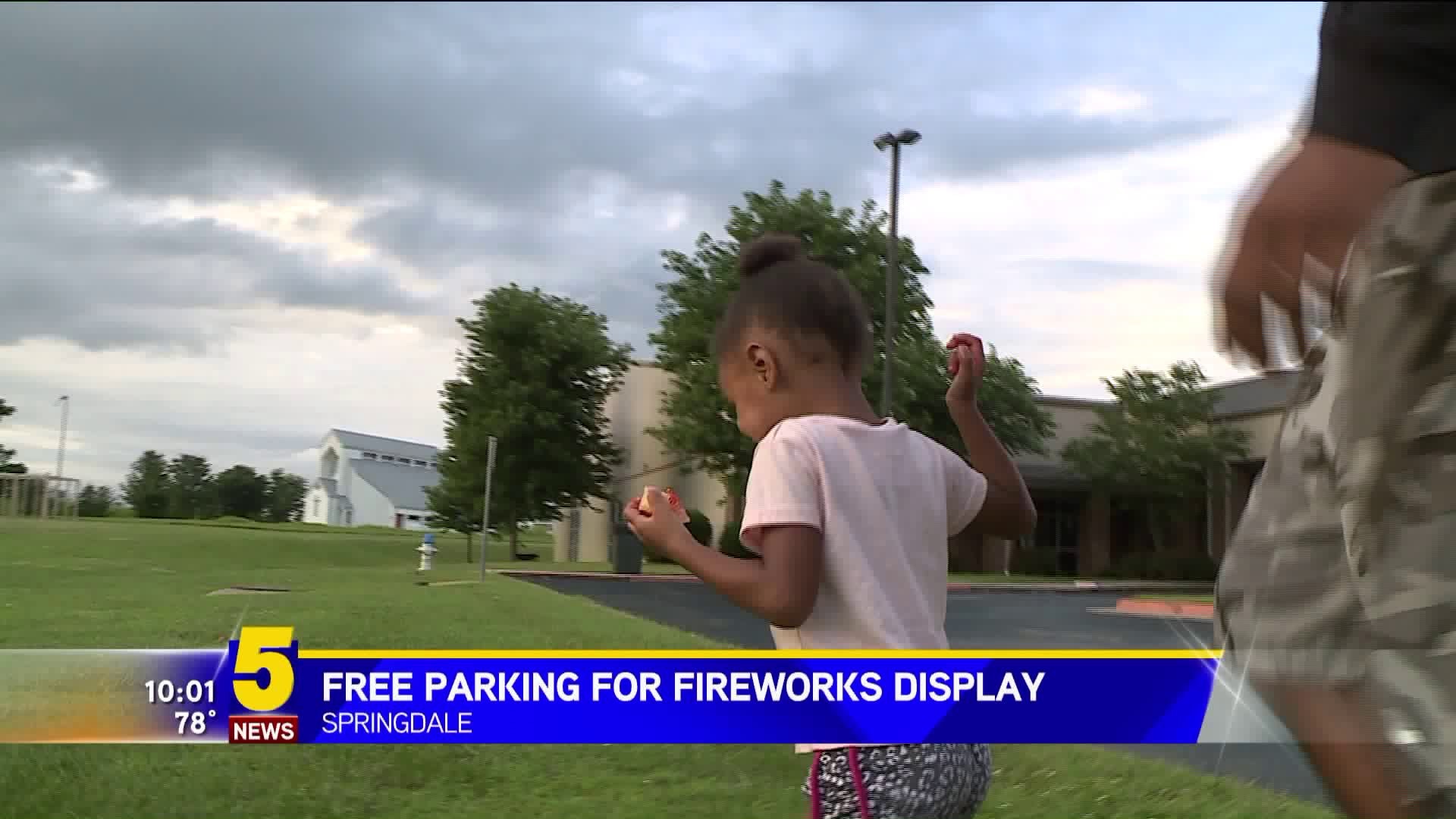 SPRINGDALE (KFSM) -- Fireworks lit up the sky at the annual Fourth of July show at Arvest Ballpark. Crews worked all day to set up the show for families to enjoy after the Naturals game.

Phillips Chapel Free Will Baptist Church in Springdale offered their property to anyone wanting to watch the fireworks. In years past they have asked for donations, but that was not the case this year.

"We decided we wanted to give back to our community instead of having our hand out for our community," Pastor Ben Gibson said.

Gibson said they have opened up the space for the past couple of nights and that they usually see a good amount of people.

"It's been several hundred people each year. Tonight with the rain who knows what we will expect, but there were probably 200 here last night," he said.

Braylon Mitchell took the church up on their offer and brought his family to enjoy the show.

"For the community to give back to the citizens, I think it means a lot. You know, guys can come back and have a good night and enjoy the fireworks show," Mitchell said.

If this had not been an option, Mitchell said he would have still enjoyed the holiday just in a different way.

"Yeah we probably would have shot fireworks out of the backyard or something," he said. "We still would have enjoyed the day. Just got the chance to bring my kid out and show her what the Fourth of July is all about, being able to watch the fireworks and stuff."

Gibson said it is just good to see the smiles on people's faces light up just like the fireworks in the sky.