CEDARVILLE (KFSM) — The parents of a young boy are trying to piece together what happened after their son was severely injured on a playground in Cedarvil... 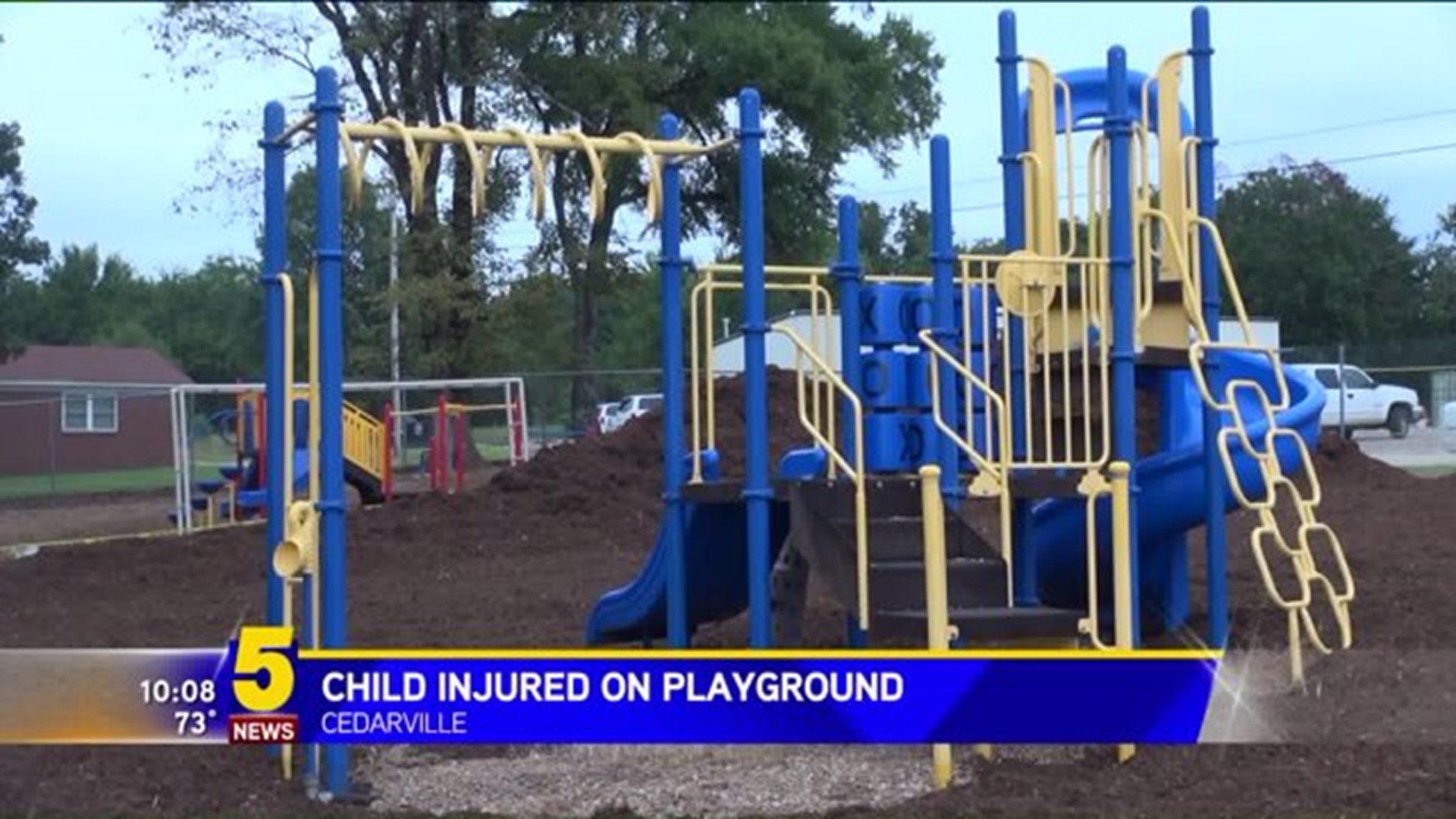 CEDARVILLE (KFSM) -- The parents of a young boy are trying to piece together what happened after their son was severely injured on a playground in Cedarville.

On Aug. 18, 2015, Zach Moore's, 7, family said his life changed when he was playing on a playground with other children at Cedarville Elementary. An incident report from the Crawford County Sheriff's Office stated another child's parent found Zach trapped under a metal bench. His parents, Brooke and Josh Moore, said he was flown from Fort Smith to the Children's Hospital in Little Rock with severe head trauma.

"We are not going to know the extent of what is going on neurologically until he wakes up and is lucid and can talk to us," Brooke Moore said.

When Zach got to the hospital his family said he had multiple skull fractures, brain swelling and a hole in one of his arteries. Now his parents said they are left wondering how the accident happened.

"It is hard to get the facts straight because we do not have all the facts," Josh Moore said.

The Moores filed a Freedom of Information request for a copy of the surveillance video from the day of the accident to show doctors exactly what happened to their son, but the Cedarville School District denied the FOIA stating they could not release it because there were other children in the video, according to documents.

The Moores' attorney filed a lawsuit against the superintendent of Cedarville Public Schools claiming the district violated the Freedom of Information Act. The school district released a statement Monday (August 24) saying it was not aware of a lawsuit, but would respond once it had a chance to review it. The Moores said for now, they just want to focus on their son getting better.

"He is fighting for his life and we really need the prayers and the support from the community," Josh Moore said.

Zach's family said he remains in ICU at the Children's Hospital.