Mother Reacts To Daughter’s Murderer Being Sentenced To Death

BENTON COUNTY (KFSM) – Convicted child killer Zachary Holly was sentenced to death  for the rape and murder of six-year-old Jersey Bridgeman on Wednesday ... 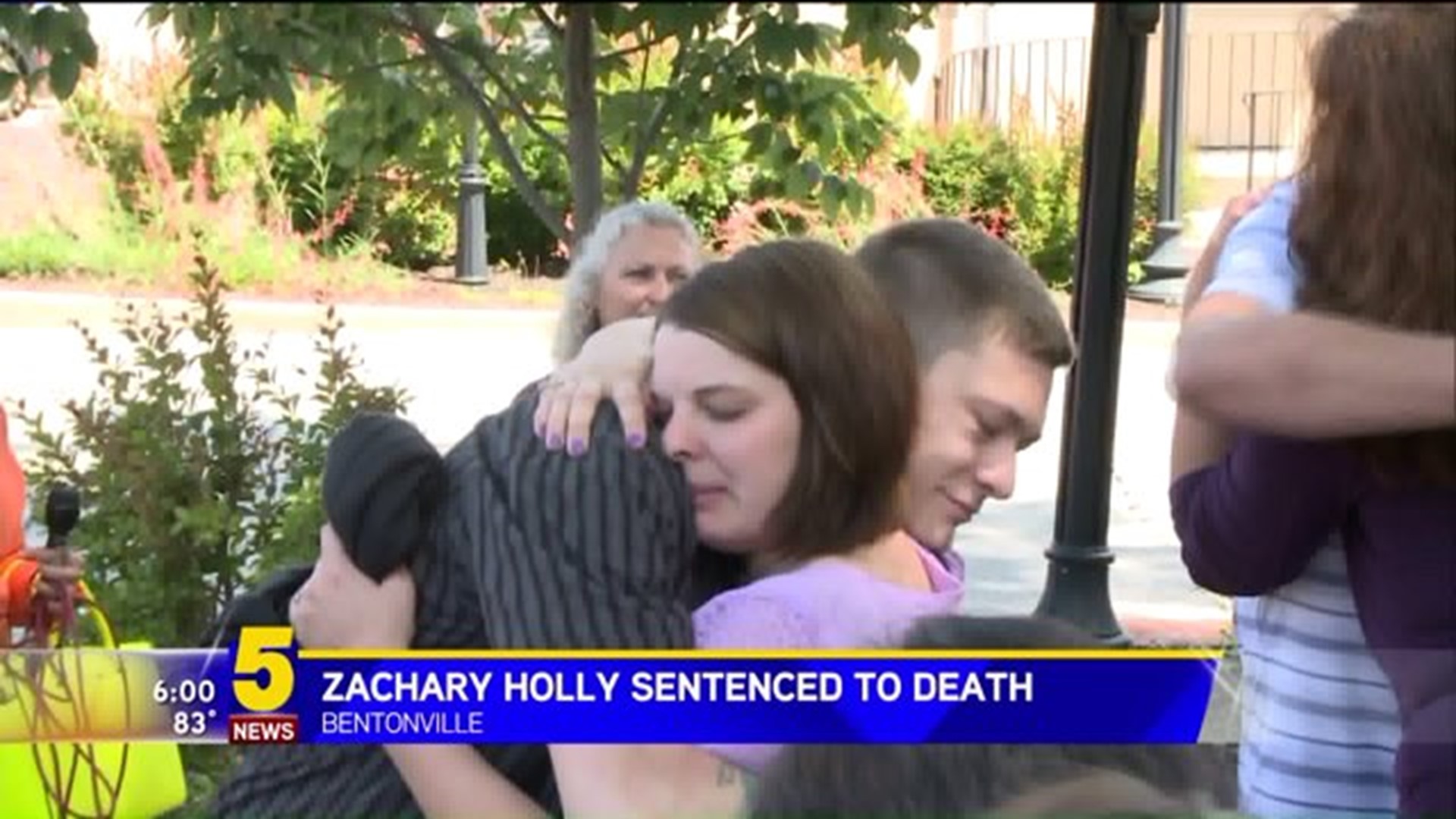 BENTON COUNTY (KFSM) - Convicted child killer Zachary Holly was sentenced to death  for the rape and murder of six-year-old Jersey Bridgeman on Wednesday (May 27), officials say.

A jury found Zachary Holly guilty of capital murder on Wednesday (May 20), officials say, in the November 2012 death of six-year-old Jersey Bridgeman in Bentonville.

The jury also found him guilty of rape, kidnapping and residential burglary. After the sentence was announced, Jersey Bridgeman's family was seen crying and hugging. DesaRae Crouch, Jersey's mother, said her daughter can finally be laid to rest.

She said seeing Holly every day in court was "sickening." Holly did speak to Jersey's family after finding out his fate.

"I want to sincerely apologize for the pain I have caused, and I hope you find it in your heart to forgive me," Holly said.

Crouch said she didn't want to address Holly. She said she was glad Holly was put on death row.

"This is my daughter's day, this is not his, he can't take this away from her, it's no longer a funeral we get to remember the good stuff," Crouch said.

Benton County prosecutor Nathan Smith said he is grateful to the jury for the verdict , and said he is proud of his team of the hard work.

"When you look at this case and look at the crime that was committed, and what Jersey was deprived of, I do think that it's her day and I do think it was a verdict for her," Smith said.

Crouch said she is ready to move on to the next chapter of her life.

Hours after hearing about Holly's sentence, Jersey's family held a grave-side memorial service for the little girl. More than a dozen doves were released into the air, and on Facebook, Crouch said they released the bird because "Jersey is truly set free."

It's been nearly three years since Jersey's murder in 2012, and some community members told 5NEWS they're happy the trial is over.

"I'm really glad that it's finally over to get it settled for the families, because of what they've been through with it happening years ago, so it's finally finalized for them and my heart goes out to them," Bentonville resident Trudi Cates said.

Dick Anderson said he feels bad for the family, because there is still a lot left ahead of them.

"There will be appeals and repeals and reviews and it will go on for a number of years, it will be in the case study books and so forth, it'll be a fairly long drawn out process," Anderson said.

Smith said Holly's sentence will be appealed, which he said is typical in any case where someone is sentenced to death. The motion to appeal will be filed within the next 30 days. Holly's execution date is currently set for Nov. 16, 2015.