CENTERTON (KFSM) — The Benton County Circuit Court has decided to not pursue charges against a woman who allegedly shot at a 14-year-old boy whom she accu... 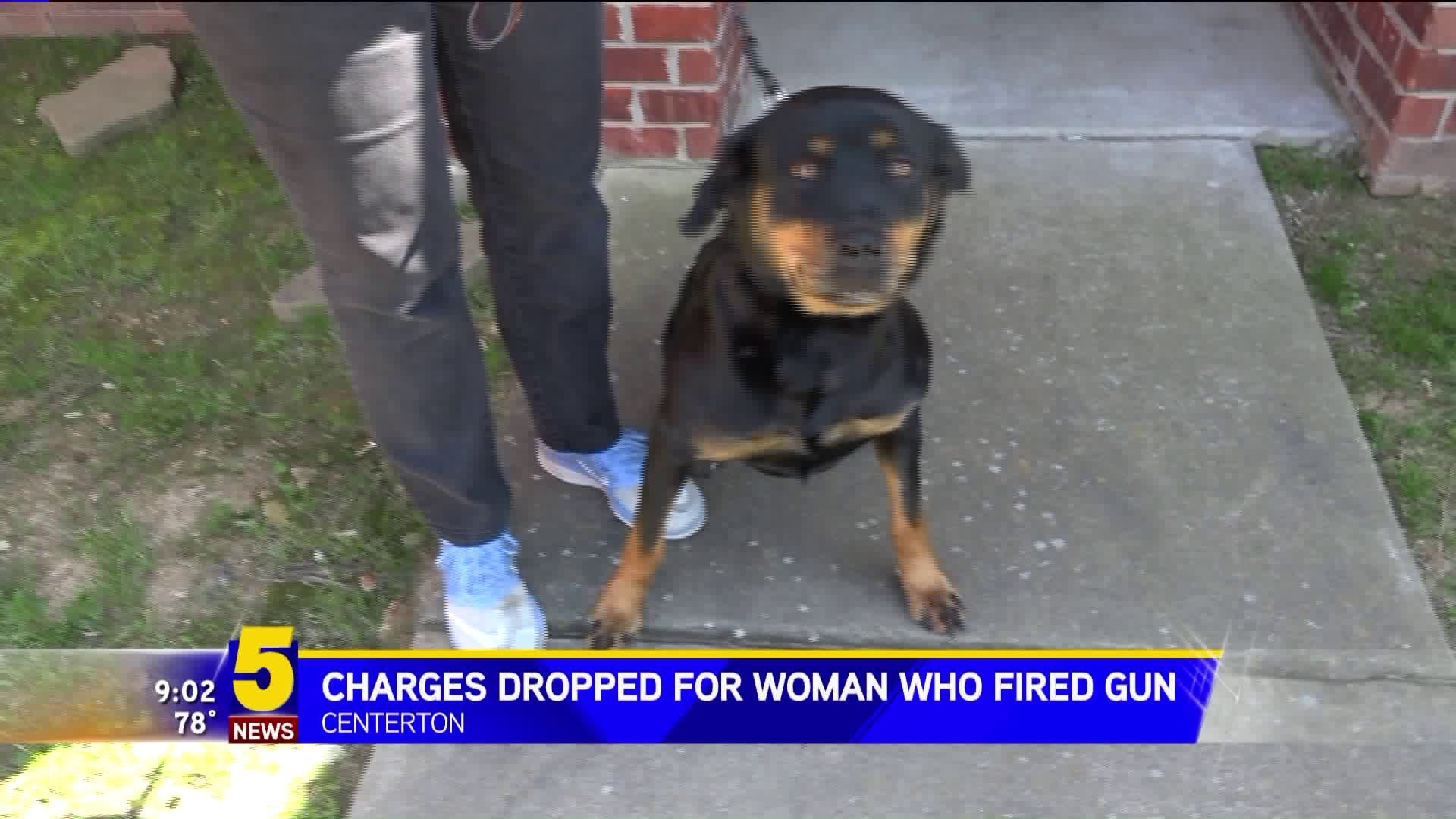 CENTERTON (KFSM) -- The Benton County Circuit Court has decided to not pursue charges against a woman who allegedly shot at a 14-year-old boy whom she accused of trying to rape a neighbors dog, according to court documents.

Kerrie Lenkerd, 40, was arrested on April 25 and was facing charges of felony aggravated assault, according to an arrest warrant.

Lenkerd said she spotted a teenager out her window in her neighbor's yard on April 17. She told police that the boy was in his boxers and he was sexually assaulting the neighbor's dog.

She took a gun from her safe and approached him and ordered him to get on the ground, the warrant states. She said he jumped the fence and so she went after him and fired a shot into the ground to scare him.

The boy told police that when he got home he changed his clothes and told his mom a false story before meeting with police. The court documents states the boy does not want to pursue charges and law enforcement does not object to this decision.

Patricia Peterson is Lenkerd's neighbor and owns the dog Lenkerd said was being sexually assaulted.

She said she is grateful for what Lenkerd did to help her dog.

They did take their dog to a veterinarian who told them that she did not suffer any physical damage but they may see changes in their dog's behavior because of the trauma.

Peterson said her family knows the boy and that he may have been around their dog many times before.

She said this is not the first time the boy sexually assaulted her dog.

Peterson worries that his actions may escalate in the future.

“My biggest fear is that if he’s done this at least twice to my dog, how many other pets are victims?" Peterson said. "Or next time is it going to be a child?”

Now she just wants to make sure the boy gets help.

She said right now though it seems like nothing is being done to make sure he gets that help.