FORT SMITH, Ark. (KFSM) — Last week, the Fort Chaffee Redevelopment Authority Board of Directors voted to change land use in part of the historic district, and ... 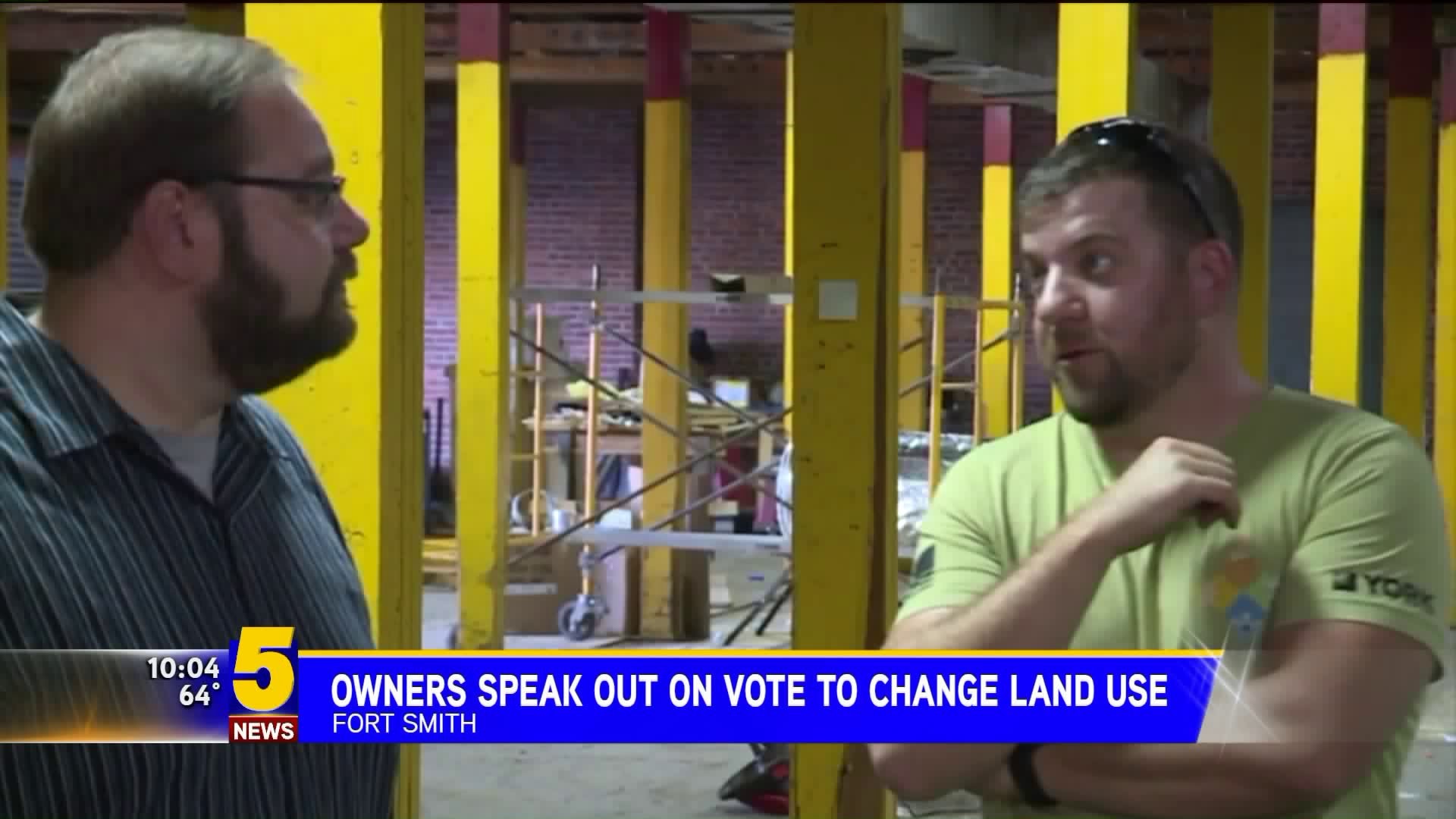 FORT SMITH, Ark. (KFSM) — Last week, the Fort Chaffee Redevelopment Authority Board of Directors voted to change land use in part of the historic district, and local business owners who are upset at the sudden change are speaking out.

Fort Smith Brewing Company owner Quentin Willard says business owners like him chose to open a business in the Chaffee Crossing historic district because they were sold on the idea of a walking, shopping and dining district.

Willard says that dream is starting to fade away.

Winery owner John Coats says the area's history is what drew him in and believes allowing industrial-office use will have a negative impact on business.

"How it will affect us long term? I can't imagine it being good but we're going to do the best we can with it because we just love the area out here and want to see it develop into the vision that the FCRA had originally," Coats said.

Premier Heating and Air owner Kraig Koren was planning to open up three new businesses, including another brewery, inside an old building. But now renovations have stopped and he's looking at other locations outside of Fort Smith to expand his business.

"It was heartbreaking, as you can see, I've got my building up for sale," Koren said. "We're ready to move. It's a shame when a local veteran feels stabbed in the back by its own community."

Willard and others say they are not giving up hope.

Business owners say this will affect the city as a whole and that's why they plan to do whatever it takes to fight this decision.

5NEWS reached out to the Fort Chaffee Authority Board of Directors and an attorney issued the following statement: