VENDOR (KFSM) — The large hog farm operating for the last six years near the Buffalo National River will shut down as part of an agreement with the state, accor... 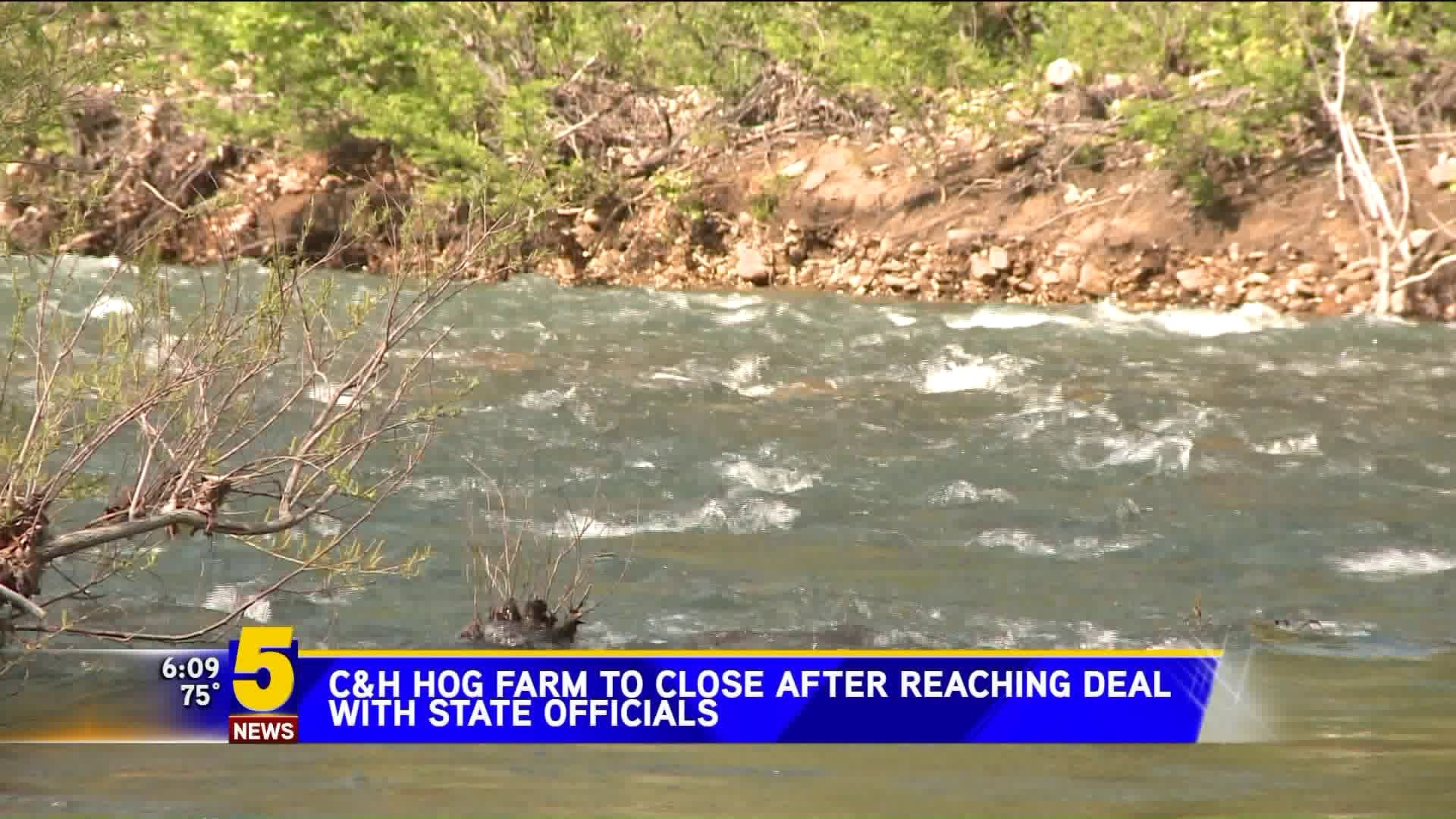 VENDOR (KFSM) — The large hog farm operating for the last six years near the Buffalo National River will shut down as part of an agreement with the state, according to Gov. Asa Hutchinson.

The farm will receive $6.2 million -- largely in public dollars -- as compensation for shuttering the farm and to pay off a loan, Hutchinson said Thursday (June 13) in Little Rock during the annual Arkansas Municipal League Convention.

"The farm has been a source of constant controversy and litigation since the beginning," Hutchinson said.

He added that he "believes in farming," but that must be balanced with efforts to preserve it as "a national treasure."

Hutchinson also said the state will seek a conservation easement for the land to preserve it and extend a permanent moratorium on similar facilities in the river's watershed.

The farm is located on Big Creek, about six miles from where it meets the Buffalo River. It was permitted to house about 6,500 hogs.

Last fall, the Arkansas Department of Environmental Quality (ADEQ) issued a final decision that C&H Hog Farm in Vendor can no longer operate after concerns that pig waste might be contaminating the nearby Buffalo River.

Its decision followed a period of public comment after the department initially denied the permit for the farm in September.

In January, the Arkansas Pollution Control and Ecology Commission dismissed the hog farm's appeal of its permit denial, according to the Baxter Bulletin.

In its report, ADEQ said it was denying the permit because of concerns that waste produced by the farm was contaminating the nearby Big Creek and Buffalo River, according to the Associated Press.

It tested two areas of each body of water close to the farm and found that all four “failed to meet water quality standards” under the department’s regulations.

Additionally, testing revealed higher levels of nitrates in the water and phosphorous in the soil, the AP reported.

The department found parts of the farm sit on a geological topography called karst, which is characterized by soft rock eroded by rainwater.

Although the farm commissioned studies which found no karst in areas near pig waste, the department disagreed and said further geological assessments should have been done to properly determine the environmental safety of the farm.

Several groups opposed C&H Hog Farms because they feared the operation was an environmental risk to the Buffalo River due to the amount of manure the farm produces, according to AP.

Attorney Richard Mays, who represents two groups which oppose the farm, called its location “one of the worst places you could put a hog farm.”

“I think the science is overwhelming to support the conclusion that it’s not in a good location, it should have never been put there in the first place and that it should cease operations,” Mays said.

But Arkansas Farm Bureau Public Relations Vice President Steve Eddington says other studies have found no impact from the farm on the river, and the issue has not been resolved by the department’s decision.