CENTRAL CITY, Ark. — Several cities along the Arkansas River have felt the impact of the historic flooding, especially in the town of Central City. Reside... 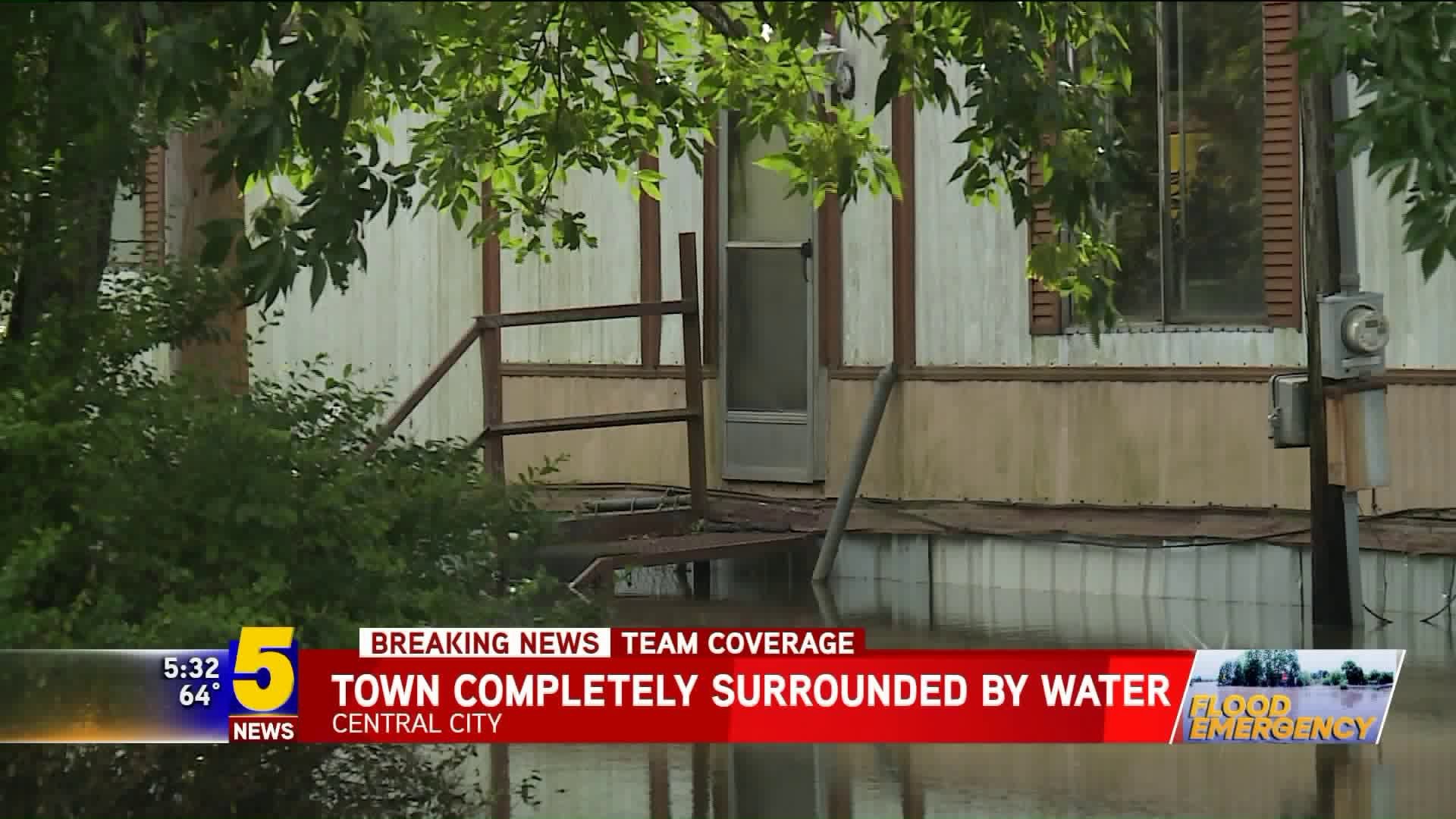 CENTRAL CITY, Ark. -- Several cities along the Arkansas River have felt the impact of the historic flooding, especially in the town of Central City.

Resident Tina Golden grew emotional as she thought about all she had lost in the flood.

"I know it's just materialistic things, it just takes a toll on you," Golden said through tears. "We've lost two trailers and everybody is stressed."

Golden has lived in Central City her entire life with her family right next door.

Her cousin, Douglas Pogue, said he'd be lost without the support and love from his family as his home sits completely submerged.

"If I didn't have them, I don't know what I would do. I'd probably be at a shelter right now if I didn't have family," said Pogue. "It's great to have my family around."

Another Central City resident, Allisyn Stratton, said she and her family took extra precautions to make sure the water didn't reach their home.

"We were pretty confident it wasn't going to get to us, but no one has ever seen this kind of water before," Stratton said.

While the water did not reach their home, it took its toll on everything surrounding it. Their backyard is completely underwater.

"We've really been trying to focus on what's going on, what's good, what can make lemonades out of lemons," Stratton said.

She added that although there's a lot of work to be done, she's just grateful her family made it out safely.

"I was sad my garden was ruined, but I look over and my friend's entire house is ruined," she said. "So that is humbling and puts it all into perspective, and we are going to be okay."