LITTLE ROCK (KATV) — A former Faulkner County sheriff’s office deputy has been charged with misdemeanor animal cruelty after shooting a loose Chihuahua in... 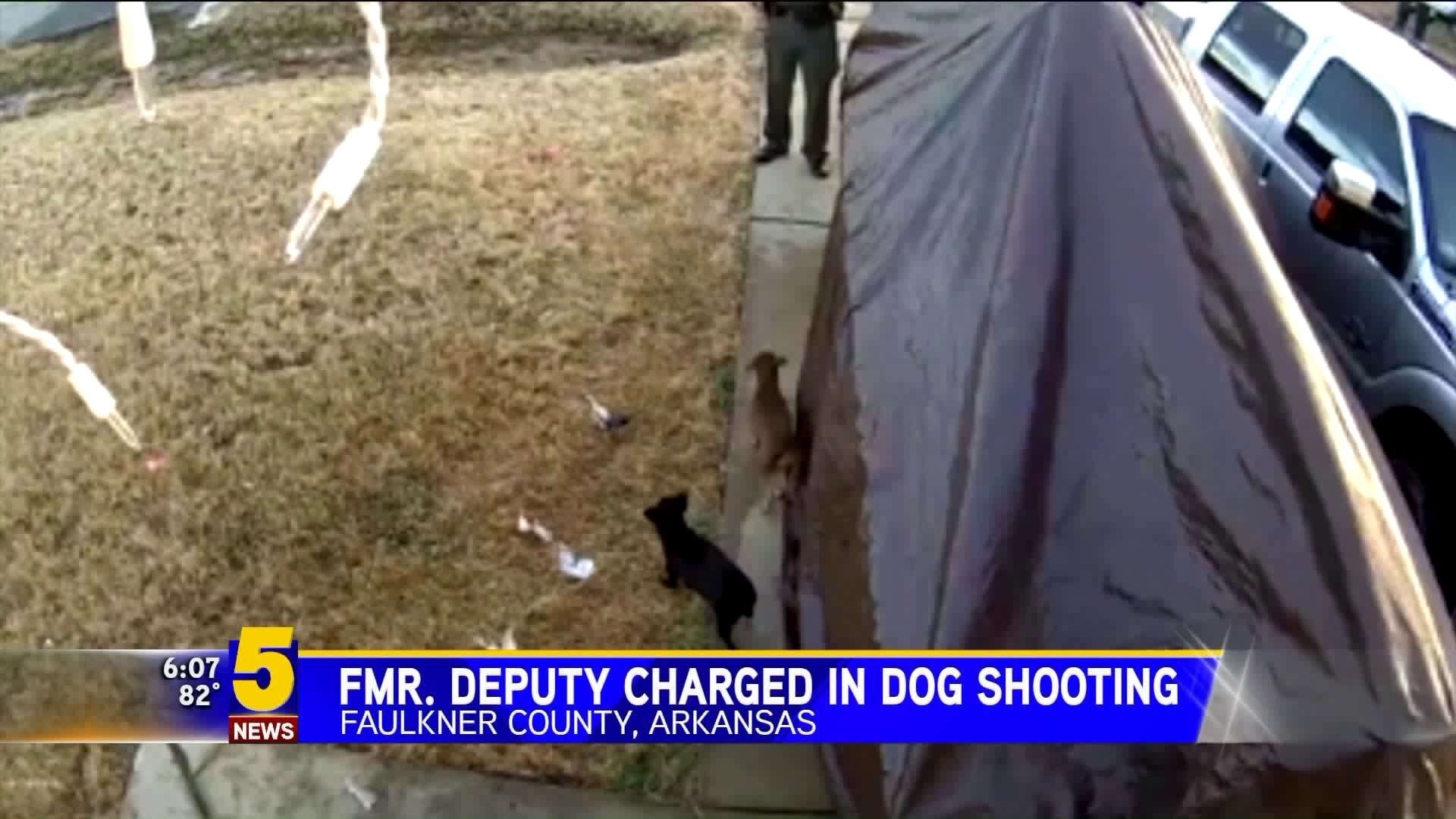 Faulkner County court records show an arrest warrant was issued Tuesday for Keenan Wallace. The warrant had been served by Wednesday morning, according to court records.

Sheriff's office spokesman Erinn Stone confirmed that Wallace was the defendant in the case.

Wallace shot a Chihuahua named Reese's in the head on Jan. 4 after being called about a loose and aggressive dog in a Conway neighborhood, according to the sheriff's office. Wallace, a former K-9 handler, reportedly said he opened fire after the dog lunged at him and tried to bite him. The dog survived.

The dog's caretaker, Doug Canady, said the dog posed no threat to Wallace and was turning away from the deputy when he opened fire. He posted a video of the incident that went viral.

The sheriff's office fired Wallace after investigating the shooting. Sheriff Tim Ryals said in a statement that it did not appear that Wallace violated any state law or agency policy, but had fallen short of department standards.

"Deputy Wallace fired his service weapon that injured an animal while in close proximity to a citizen," the statement says. "I believe there were numerous opportunities to de-escalate the incident."

The sheriff's office referred the investigation to prosecutors, who decided to charge Wallace.

Arkansas law states, in part, that a person commits animal cruelty if they knowingly kill or injure an animal owned by another person without consent of the owner.

The maximum punishment is one year in prison and a $1,000 fine.